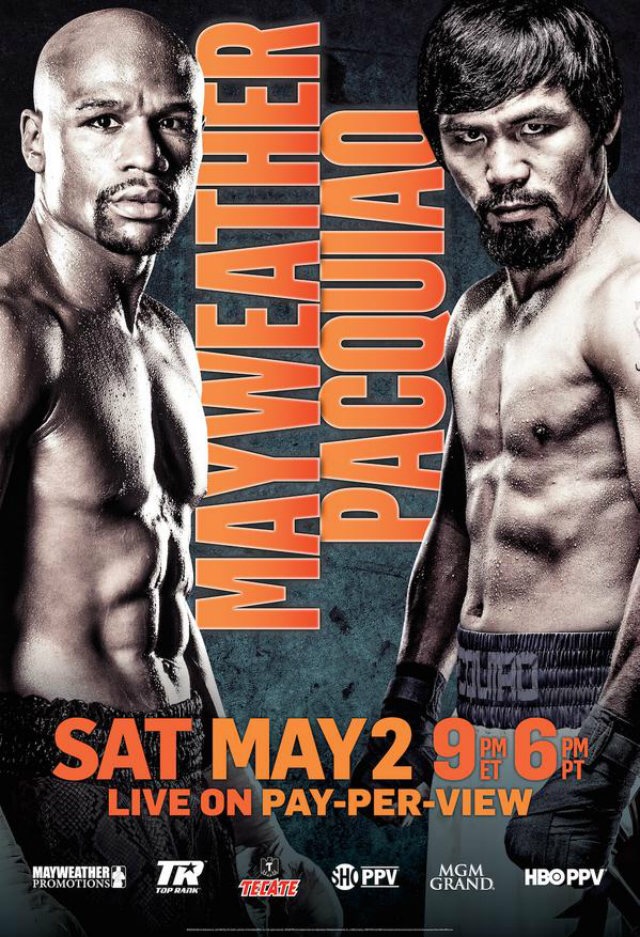 It’s official: Sky Sports will exclusively televise the May 2nd mega-fight between Floyd Mayweather and Manny Pacquiao on Box Office, with Sky today announcing how they have been awarded exclusive live T.V rights in the U.K.

After a fierce bidding war between Sky, BoxNation and BT Sports, Sky have emerged victorious and they promise a lengthy series of build-up shows to further wet the appetite of fight fans in the days and weeks preceding the welterweight title showdown.

Now, to the biggest question the fans have been asking: how much will it cost to watch the fight in the comfort of one’s armchair? Sky have announced how the fight will be priced at £19.95, which is only a small amount above their regular Box Office fee of £17.95. This is sure to please a lot of people, especially after there had been rumours the fight would carry with it a pay-per-view price tag of anywhere from £30 to £49.99.

It remains to be seen how much it will cost fans in the U.S to see the fight dubbed “The Fight of The Century,” but the figure that has been floating around for a while now is a whopping $99.95.

But despite what any critics may say, everyone really wants to see this fight. Some say “Money” will easily dominate and that the pay-per-view cash will have ultimately proven unworthy. Still others are convinced (as is this writer) that Pac-Man, having thrown himself into the most intense training camp in years, and having got the “rage” back, will shock millions with a KO over Mayweather.

May 2nd WILL prove to be a memorable night in the history of boxing; whoever wins the fight. And, thanks to Sky in the U.K, we fans will be able to tune in for a reasonable price. Let the fight parties commence!