Skip to content
Share
Tweet
During an eventful weigh-in at Madison Square Garden-Chase Square this afternoon, Wladimir Klitschko, 63-3 (53KO’s), tipped the scales at 241.6 pounds, looking magnificent at 39 years of age.

Sadly, it was not the two men who will put it on the line tomorrow that will take the headlines from today. These will once again be dominated by the tedious sideshow that is Shannon Briggs and his furious slanging match with reigning WBC World heavyweight champion Deontay Wilder.

It must be said that Briggs and his catchphrase ‘Lets go champ”, was a hit with the fans, whose picture and signature requests were all satisfied without question. But, he doesn’t belong in this company anymore and the sight of him entering the ring with Deontay Wilder fills me with dread. 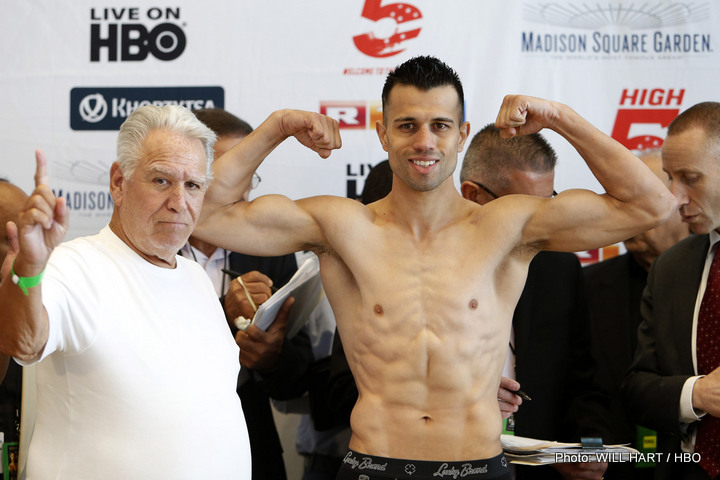 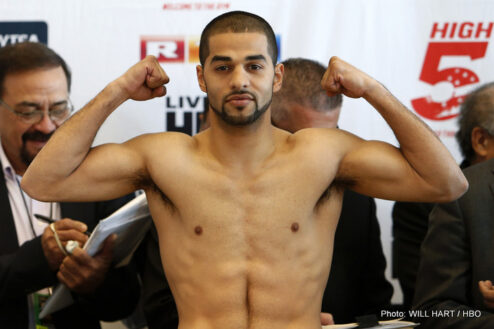 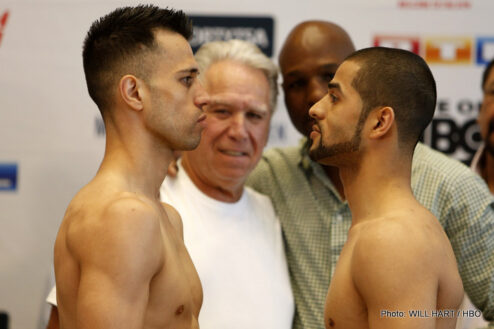 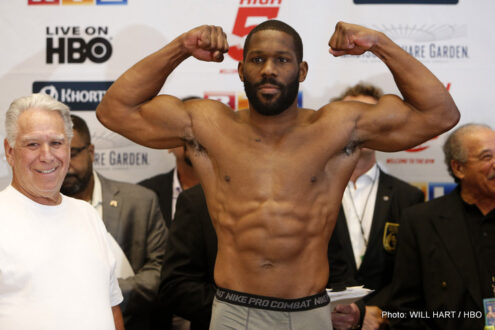 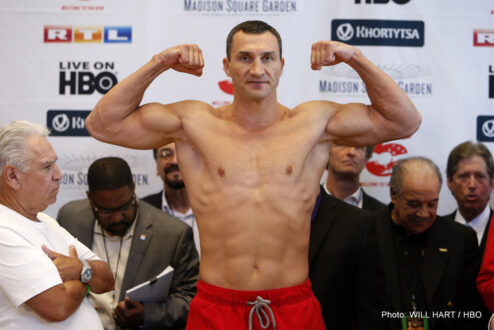 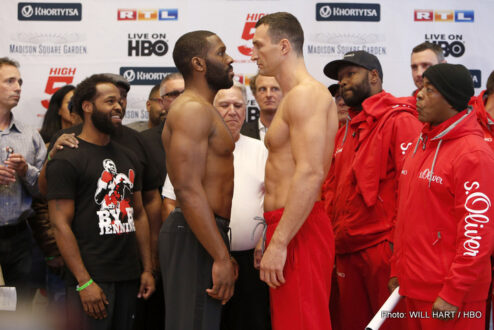 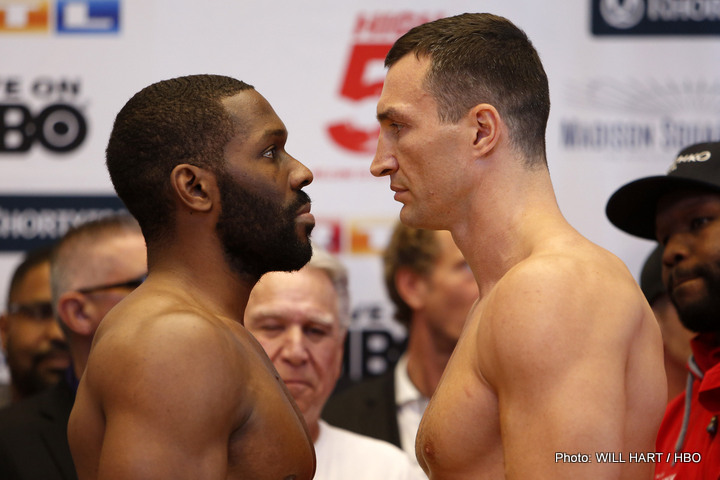 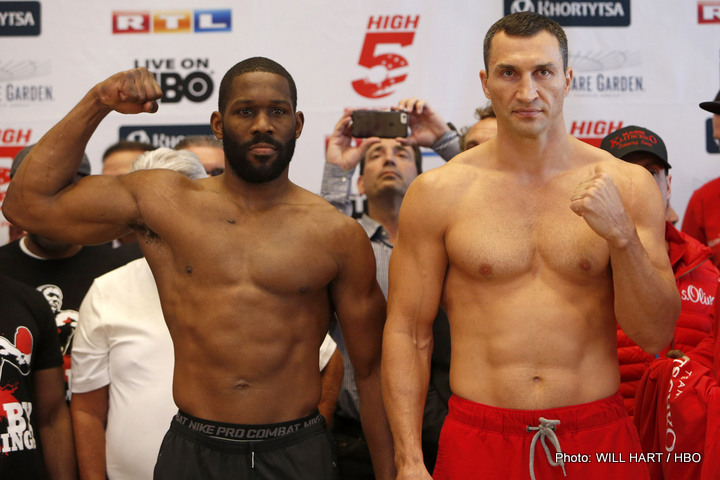 It wasn’t just Lewis who made an appearance Vitali Klitschko, Evander Holyfield, Bernard Hopkins and Paulie Malignaggi – plus many more – all graced the proceedings creating a big fight atmosphere that’s there to be exploited.

Klitschko and Jennings are primed, ready and couldn’t ask for a better platform on which to perform. They look relaxed and well prepared to deliver the pre-fight fireworks that have been promised throughout the build-up.

The eyes of the world are on boxing more than ever and the heavyweight division has a chance to capture the hearts and minds once more tomorrow.

Luckily, the talking stops now, which means we will be ‘Briggs-less’ for the evening.

Ali will be looking to build on his impressive demolition of Luis Carlos Abregu last time out.”