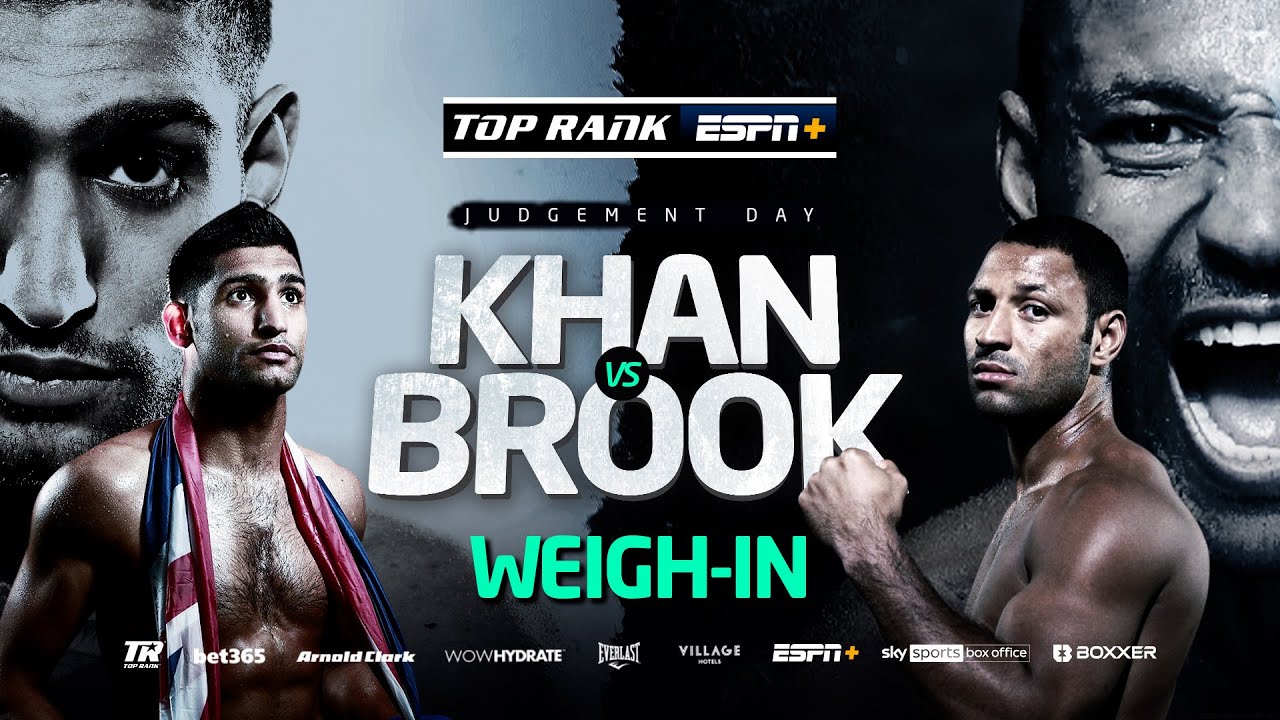 Tickets for the event have sold out in just ten minutes, making Khan vs Brook at the Manchester AO Arena one of the fastest-selling events not only in British boxing history but in British sporting history as a whole.

A clue to the unprecedented level of demand came when fans signed up for last week’s presale at a ratio of six fans for every ticket available.

When Friday’s presale opened, it sold out in just four minutes.

The speed of the presale sellout was echoed on Monday when a final batch of tickets went on sale to the general public, with the event officially being declared a sell-out just six minutes after the public sale began.

Following the lightning-fast sellout and value of the ticket inventory sold, BOXXER – which took over as the Sky Sports Boxing promoter just three months ago – now lays claim to records for biggest box office take for an indoor UK sports event and fastest sell-out for UK boxing event.

“We knew we could sell the arena out a few times over but the demand for tickets has been mind-blowing. The arena told us they haven’t seen anything like this in years. The level of national interest in this fight is just off the scale – it’s the biggest British battle in decades. We’re looking forward to an electric night on February 19 for what will be an iconic and legacy-defining fight in front of a sold-out arena and televised live and exclusively on Sky Sports Box Office,”said Ben Shalom, BOXXER’s founder and CEO.

The rivalry between Khan and Brook dates back to their teenage years, when the 17-year-old Khan won an Olympic silver medal after being selected ahead of Brook for the Team GB squad which went to the 2004 Olympic Games.

With tensions between the two remaining high ever since their amateur days, British boxing fans have long had a showdown under professional rules on their wishlist. As the two top welterweights in the UK, February’s encounter will not only settle their rivalry but will also determine which of them is the best welterweight in the country.

Cruiserweight prospect Viddal Riley (4-0, 2 KO’s) was today confirmed as the latest addition to the BOXXER: Khan vs Brook event taking place at the AO Arena Manchester on Saturday, February 19.

Riley, a Team GB member in his amateur period and now undefeated in four fights as a professional, broke the news of his addition to the card live on Sky Sports News at midday today.

A successful creator and musician outside of the ring, Riley has over two million followers across his social media channels, all of whom will be paying close attention when he makes his BOXXER debut in February, live on Sky Sports Box Office.

“I can’t wait to be back in the ring. It’s been nearly two years and I’ve achieved a lot [while I’ve been away] but what I’ve been doing my whole life is boxing and to be able to excel in that field is exciting,” Riley told Sky Sports News.

“We haven’t got any news on the opponent yet but I am not too worried about that. I am just focusing on myself and I can’t wait to perform [and show what] I’ve been hiding the past two years, improving in the dark!

“There’s no pressure, because I’m used to getting millions of views and people watching what I am doing. Whenever I do something people tune in. So this isn’t any different – this is my profession, this is what I’ve been doing.”

“Viddal is one of the most highly-rated prospects in British boxing. He’s got the talent, drive and personality to be a megastar. We were incredibly happy to sign him to BOXXER and we’re excited to start the journey on such a massive platform,” said Ben Shalom, founder and CEO, BOXXER.

“Viddal Riley has a perfect platform to resume his career on the Amir Khan vs Kell Brook bill. A massive night for British boxing. We’ve welcomed Viddal to the Sky Sports Boxing team as a social media presenter, but now he returns to the ring as an unbeaten cruiserweight contender,” said Adam Smith, Head of Boxing Development at Sky Sports.

“It will be fascinating to follow the next step of his journey as Viddal showcases his skills in Manchester, with more exciting additions to the Khan vs Brook show to come!”

Riley’s BOXXER debut will be his first time competing as a professional in his home country.

The former Team GB member represented Britain at the 2014 Nanjing Youth Olympics and went 41-8 with 19 KO victories during an amateur career which encompassed a European Junior Silver Medal and a win over Daniel Dubois. His professional bouts to date have taken place in the USA, Dubai and Mexico. as well as the 2014 Youth Olympics appearance.

Riley is also known as the trainer of YouTube sensation and super-influencer KSI, having trained him for both of his bouts with Logan Paul as well as his showdown with domestic rival Joe Weller.