A decade ago today, in Munich, Germany, a world heavyweight title fight was overshadowed by the wholly unexpected, highly illegal violence that followed it. WBC heavyweight king Vitali Klitschko met a young Dereck Chisora and the fireworks came – mostly before and then after the fight that was not too bad at all.

Chisora, a man who really knows how to generate publicity and unsettle his opponent, caused the first sensation at the weigh-in, when he had the audacity to slap Vitali smack in the face. The champion was shocked, as were many of us fans. Chisora had done his best to get under Klitschko’s skin. To add to the insult, Chisora had the temerity to spit water in the face of Wladimir Klitschko as he and Vitali listened to the pre-fight intros in the ring. With both Klitschko’s now angered as well as disgusted, Chisora had to fight the fight of his career. 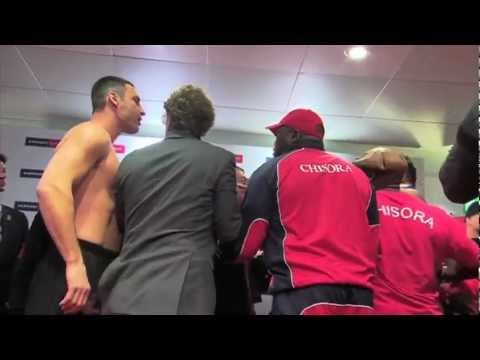 Vitali, hampered by a shoulder injury, had to fight hard to keep his unruly challenger in his place. Klitschko didn’t fight one of his best fights, far from it in fact, but he bagged the lion’s share of the rounds as he fought through the pain caused by the shoulder trouble. Chisora, who had a good final round, his best of the fight, earned himself plenty of respect in defeat, saying post-fight that the only thing that beat him was a lack of experience.

Chisora was not done fighting for the night.

David Haye was in attendance at the post-fight presser – to call for a shot at Vitali – and Chisora ridiculed Haye over the infamous “toe-gate” episode, when Haye had used the excuse of a broken toe for his heavy points loss to Wladimir. Haye was fuming but Chisora went further, leaving the podium to get in Haye’s face. 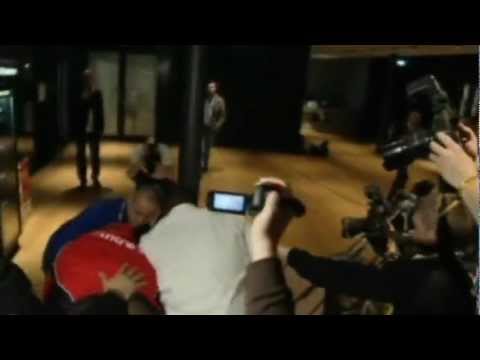 Haye, who was holding a bottle at the time, unleashed some punches at his tormentor, leaving Chisora to cry out, “he glassed me, he glassed me!” The brawl soon went viral and fans everywhere all but forgot about the win Vitali had scored over Chisora. With German authorities anxious to speak with both Haye and Chisora, this bitter all-British match-up was suddenly one of the most demanded fights in the sport. Promoters said they would not host such a fight, yet soon enough it duly came.

Haye and Chisora were the talking point of the sport. They simply had to fight and they did (Haye taking Chisora out in the fifth round of an exciting fight in July of that year).

In the space of around 24 hours, Dereck Chisora had turned himself into one of the most notorious, controversial and, yes, entertaining heavyweights of recent years. 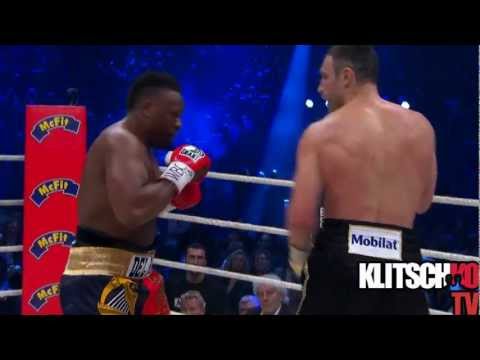