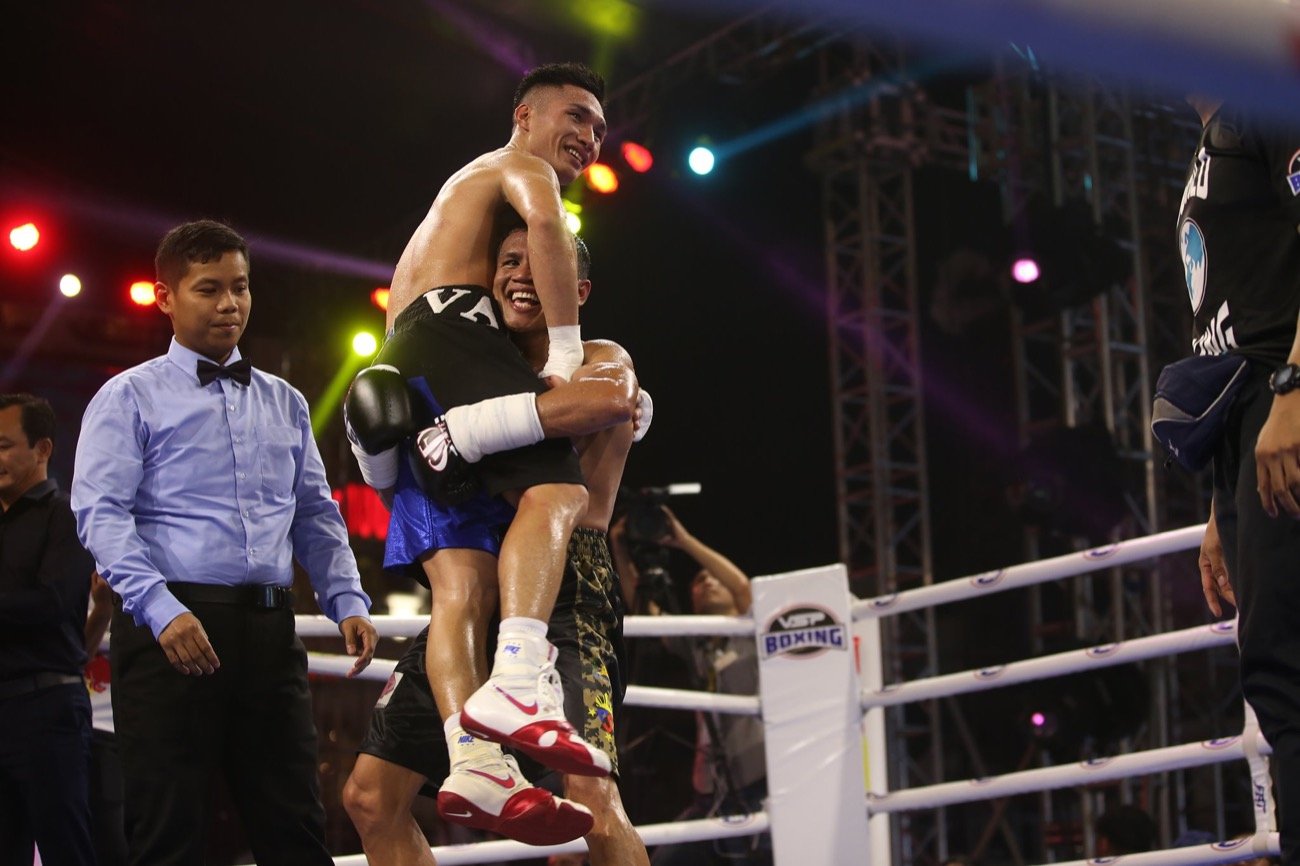 Philippines’ most celebrated amateur star Charly Suarez has pledged to plunder the professional fight form in 2020, and he opened his account for the year in spectacular style in Ilocos Norte last night. The popular boxer, known as the King’s Warrior, had an illustrious run in the amateurs that included medals in the Asian and SEA Games, winning his most recent gold in December. He was a controversial elimination in the Rio 2016 Olympics final rounds against the outstanding Brit Joe Cordina, who has since gone on to be an unbeaten pro at 11 and 0.

The festival in Ilocos Norte in Luzon, Philippines is celebrated for two weeks from January 27 to February 9, and is renowned for hosting many arts and cultural events. What was significant about last night’s offering was that it was the first time the festival has celebrated boxing, and Ms Cucuy Elorde and her team did an amazing job to bring the excitement of the sport to the northern province. The fight card was strong, with many closely contested yet highly combative contests, some resulting in explosive knockouts. The Elorde gym unveiled two stable stars – Ben Ligas and Argie Toquero – both scoring exceptional wins that did not require any help from the judges.

Charly Suarez fought the main event against a bigger Dave Barlas, who came into the the contest with 5 wins from 6 prior fights. Suarez was right on the super featherweight limit of 130lb, whilst the rugged Barlas recorded 133lb, but this was to be of no consequence. Barlas was tight and competitive in round one, which appeared to be a spirited stanza for both fighters, each showing good movement and skills. Round 2 started in a similar vein, but Suarez started to go to work, creating opportunities with some great angles, and sent Barlas to the canvas with a machete like left to the body. Dave Barlas at only 21 years of age, showed great character to resume his stance and survive the round, but the end was near. Round 3 began with Barlas attempting to recoup lost points and kudos, but Suarez was exemplary in his shot selection, and gave his talented young opponent no chance to balance and find his groove. Dave Barlas attempted to land some good shots of his own, but largely, these were met with brutal counters. The very willing Barlas hit the canvas two times before referee Jerrold Tomeldan called an end to the punishment in round three.

Almaty, Kazakhstan Set For Another MTK Fight Night On Sept. 23

The talented and lethal Suarez advances to an ominous 4 wins without loss – all by way of knockout. It was very obvious that Dave Barlas is a very promising young fighter, but the boxing IQ of Suarez continued to put him in high probability ring positions, and his blazing hands and power did the rest.

Charly Suarez is on a mission to break into the world top 10 as quickly as possible, and based on last night’s blistering performance, where he made a top prospect in Barlas look second rate, few would argue. There is no doubt that even with only 4 wins as a pro, Suarez shapes as potentially one of, if not the, best prospect in Philippines boxing.