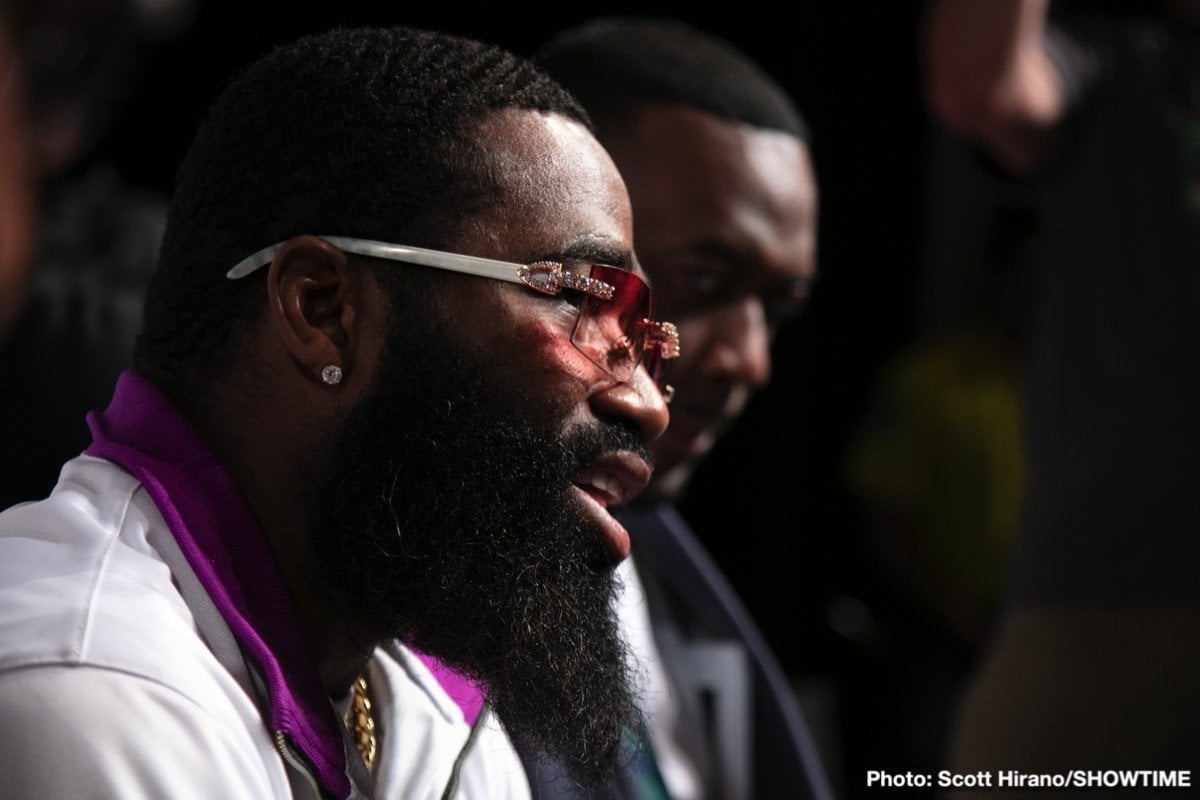 After being called out by WBC lightweight champion Devin Haney, Adrien Broner texted his promoter Eddie Hearn of Matchroom and told him that his asking price is $20 million to take the fight.

Haney started the social media exchange with Broner by saying, “How many people would watch us fight at a catch-weight?” Broner didn’t like being called out by Haney though, as he sent back a scolding reply on his Instagram

Hearn apparently isn’t interested in paying Broner’s asking price of $20 million for the Haney fight. Furthermore, Hearn told Broner that he doesn’t believe he can make 135.

It’s been seven years since Broner last fought at lightweight in February 2013 in stopping Gavin Rees in the 5th round. Immediately after that, Broner moved up in weight 2 divisions to defeat WBA ‘regular’ welterweight champion Paulie Malignaggi by a controversial 12 round split decision in June 2013.

How many people would watch us fight at a catch weight? 😈 #BronerHaney #TheDream

Hearn not in favor of giving Broner his asking price

“eddiehearn: Forget the 20 and you aren’t making 135 but if you want to talk @adrienbroner my man @realdevinhaney said name your weight he is ready to go! 🔥 @dazn_usa,” said Hearn.”

It sounds like Broner is looking for a retirement payday to feather his nest in his golden years. If Hearn gives Broner $20 million, that would be the ultimate golden parachute for the 31-year-old former four division world champion.