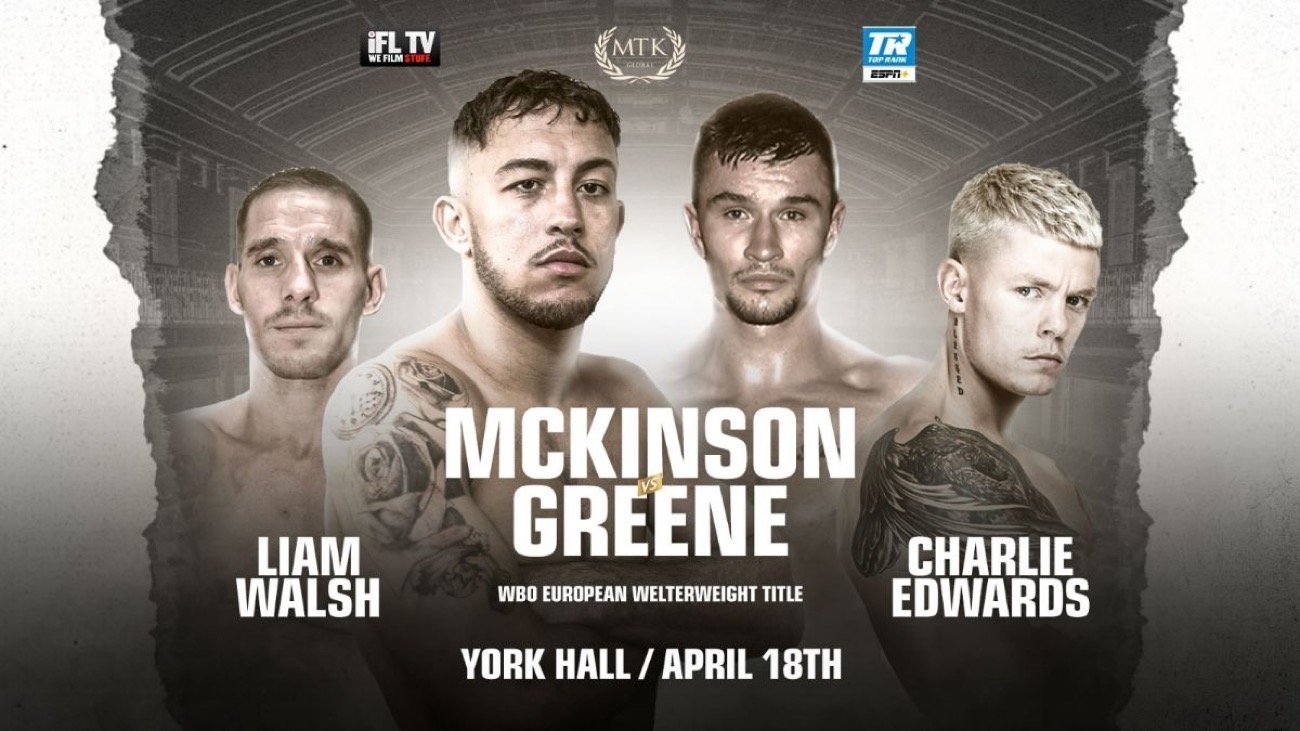 The #MTKFightNight, which will be broadcast on ESPN+ in the US and on iFL TV worldwide, sees the undefeated McKinson (18-0) defend his welterweight strap against Kent’s Louis Greene (12-1).

Alongside McKinson’s next step towards a world title shot, Edwards (15-1, 6 KOs) begins his campaign to become a two-weight world champion after vacating the WBC world flyweight crown.

The ever-popular Walsh (23-1, 15 KOs) is another with more major titles on his mind having seized the WBO European lightweight strap with an assured victory oer Maxi Hughes at the same venue back in November.

MTK Global promoter Lee Eaton said: “We’ve got the #GoldenContract semi-finals already booked in at York Hall and this is an absolutely cracking way to kick off the #MTKFightNight series there.

“Michael McKinson is already world-ranked and he’ll be looking to make another impressive statement against Greene. We believe Mikey is going all the way and his Pompey army just keeps on growing.

“Charlie really needs no introduction because he’s already been to the top of the sport. It’s great to have him on one of our shows for the first time and there aren’t many out there who doubt we’re talking about a future multi-weight world champion.

“Probably the biggest noise of the night will come from the ‘Farmy Army’, who follow the Walsh brothers around wherever they go. It’s going to be some atmosphere and as a promoter, it makes you proud to have such huge names on a show.

“My advice to fans is to move fast for these tickets.”

Further news of fighters and fights on the card will be released in due course.

MTK Global delivers a wide range of support and services to more than 300 fighters including athlete management, events and promotions, PR and sponsorships, legal and media consultation.