THE TRADING OF verbal jabs during an opening press conference was an unfamiliar experience for Joseph Parker, who is far more used to exchanging pleasantries with forthcoming opponents.

But with his proposed collision with Joe Joyce mired in confusion and delay for a considerable period before it was finally made official, there was an undercurrent of tension and ill-feeling in the air at the BT Sport studios when the two heavyweights got together to reveal that an accord had been reached and preparations can begin for September 24 at the AO Arena in Manchester which is being shown exclusively live on BT Sport Box Office. 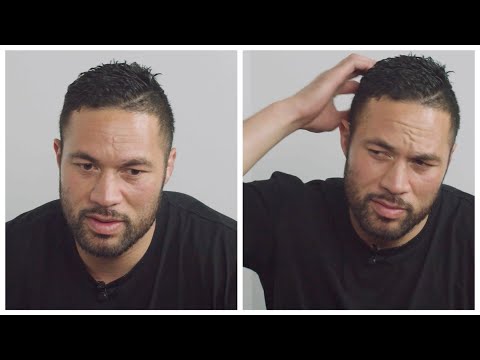 Parker told Dev Sahni in an exclusive UniBet Lowdown interview to be broadcast on the Queensberry YouTube channel on Saturday that he also had to endure the angst of fractured negotiations and he is happy that they will soon be able to trade leather along with insults.

“It was the first press conference I have been involved with that was quite fiery,” said the former world champion from New Zealand. “Because of the lead up to making this fight happen there is a lot of frustration from both sides. We were outnumbered at the top but, if (manager) David Higgins was here, he would have had a lot to say.

“Ultimately, it is great the fight is locked in now. We have a date, a venue and there are two guys who want to smash each other’s faces in.”

Joyce promised to inflict ‘dents’ to the facial features of the 30-year-old who now trains alongside Tyson Fury in the seaside town of Morecambe. Unsurprisingly, Parker says he intends to reciprocate.

“He can try his best! And I am going to do the same to him. He hasn’t fought anyone like me before. I am confident with the new team that I have – nothing wrong with the old team and we achieved great things together – with Andy Lee in my corner and Tyson supporting and helping me.

“This camp will be by far the best camp I have been involved in. Every other camp was great, but I am going to make this one the best.”

An amusing element of Joyce’s press conference patter was an occasional quack in reference to the thinking that Parker was seeking to duck this fight and seek alternative employment.

Far from it, Parker insists, adding that he wants reflections on his career to centre on his plan to take on all comers.

“I want to be remembered as a fighter who fought everyone. A lot of people were saying I wasn’t going to fight Joe Joyce and that I was ducking him, but it was the fight that we wanted and it is why we are here.

“Credit to him because he could have just waited, waited for his chance to fight for a world title, but he wants to put it on the line. Both fighters see this as the perfect fight and it is the most challenging fight out there for me and for him.

“It is challenging for me because he hasn’t been beaten and a lot of people think he is invincible and can take every punch out there. They call him the juggernaut, but I will show everyone what I can do in the ring.

“I am not sure what I am going to do. Whether I dance around and jab his head off, put the pressure on him. It will come together with Andy Lee and he is the person to come up with the perfect game plan.

“We execute it well and it will be a great night for Team Parker.”

JOE JOYCE IS now happy amongst the high rollers having taken his training over to Las Vegas to get himself ready for the high-stakes heavyweight collision with Joseph Parker on September 24 at the AO Arena in Manchester which is being shown exclusively live on BT Sport Box Office, promoted by Frank Warren for Queensberry Promotions in association with BOXXER.

Of course, it is highly unlikely that Big Joe will be laying any chips on the Strip, he will be tucked away with his trainer Ismael Salas at the renowned Salas Boxing Academy drilling a game plan to defeat the WBO No.2 ranked New Zealander.

For Joyce, the talking is done for now and his parting shot was a simple ‘”I’ll see you on the other side”.

Tickets went on sale today for this heavyweight blockbuster priced from £40 and can be secured by visiting ticketmaster.co.uk.

There was no shortage of words exchanged prior to Joyce’s departure for Stateside and it is clear that Joyce intends to punish the former WBO world champion for the delays leading up to the fight finally being made.

“I’m so glad this fight has been signed and sorted out, so now I can head to Vegas and start my camp,” he added. “Parker seems ready and he is going to be a tough man to beat.

“There was all the frustration of this being postponed and all the messing about, I’ve been hearing all the ins and outs from my team, but I am happy it is going ahead now. I am taking my frustration out on him.

“Now it is game time and all niceties are put aside. I was sick of hearing about it all and now I just want to get in there and beat him up.

“It will be my toughest fight to date, he can take a shot and he is more well rounded than anyone I’ve faced. He will be a little bit different but I will get the job done, probably in the later rounds.

“I’d love to knock him out or stop him! I’d like my KO-ratio to stay high and keep it going. I don’t want to go to points really.”

Tickets for ‘Nowhere to Run’ – the heavyweight clash between Joe Joyce and Joe Parker on 24 September at the AO Arena, Manchester exclusively live on BT Sport Box Office – are priced from £40 and are on sale now exclusively from Ticketmaster.co.uk.