Jesse Rodriguez planted himself into the elite level with a stunning stoppage win over Srisaket Sor Rungvisai to defend his WBC World Super-Flyweight title on home soil in San Antonio, Texas, live on DAZN.

‘Bam’ was crowned as the youngest World champion in the sport in February when he landed the WBC strap as a late replacement in San Diego against Mexican king Carlos Cuadras and fighting at home for the first time in four years, the stiffest of tests was in front of him in the form of former World ruler Rungvisai.

But there was no fear of the heavy-hitting Thai legend from Rodriguez, who was imperious from first bell to his scintillating finish, dominating from the start before turning the screw at the halfway mark.

Rungvisai touched down early in the seventh round from a check left hook and Rodriguez sensed something very special, and put the hurt on the Thai, rocking his head and sinking in bodyshots to underline his deep arsenal.

The assault continued in the eighth session and once Rodriguez has his man on the ropes, a blistering barrage saw the referee step in and end matters – ‘Bam’ sinking to the canvas with joy after putting on a hometown clinic against one of the great fighters of the modern day.

“My skills proved a point tonight,” said Rodriguez. “My team know what I am capable of and what I bring to the table, that’s why we took the fight. 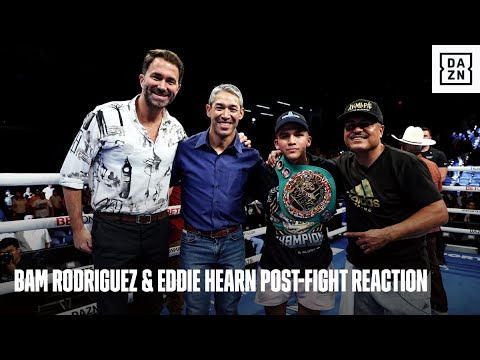 “I felt I started to break him down after three rounds, the power wasn’t there from him. I knew I couldn’t stand there but we came in and put on a show. I was using my angles more, Robert kept telling me to do that and I listened.

“The Cuadras fight gave me experience and put me here, fighting at home in San Antonio. I will do whatever Robert says, I am a special fighter not an average fighter and I am here to stay.

“San Antonio has a superstar on their hands,” said promoter Eddie Hearn. “Fighters like this come around once in a generation. You are talking about some of the great fighters in Chocolatito, Juan Francisco Estrada – but can you say that Jesse wouldn’t beat them?

“San Antonio should be very proud of this kid. A special talent and it’s all down to the speed that Robert and the team want to go. I think he can unify at any division from 108lbs to 115lbs and he’s got all the tools to become a legend of the sport. He’s a baby, he’s still learning, it was a great turnout tonight and we’re going to get bigger and bigger.”

Rodriguez’s win topped an action-packed night in Texas, as Murodjon Akhmadaliev dropped and stopped Ronny Rios in the final round of his defense of his WBA and IBF World Super-Bantamweight titles and Jessica McCaskill blasted away Alma Ibarra in four rounds to remain undisputed at Welterweight.

Raymond Ford’s rise continued as he added the IBF North American Featherweight title to his WBA Continental Americas title with a wide ten round points win over Richard Medina, Nikita Ababiy was victorious in his second eight round contest against Noe Larios Jr and 17 year old Jesus Martinez Jr shrugged off a first round knockdown to land a second win in the paid ranks against Kevin Monroy. 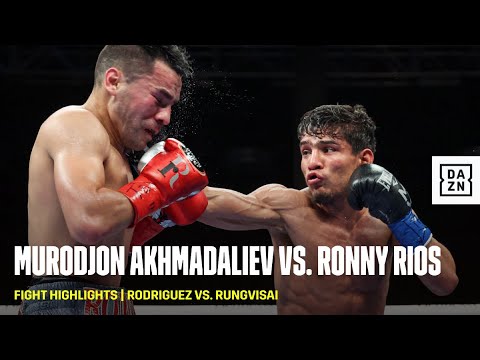