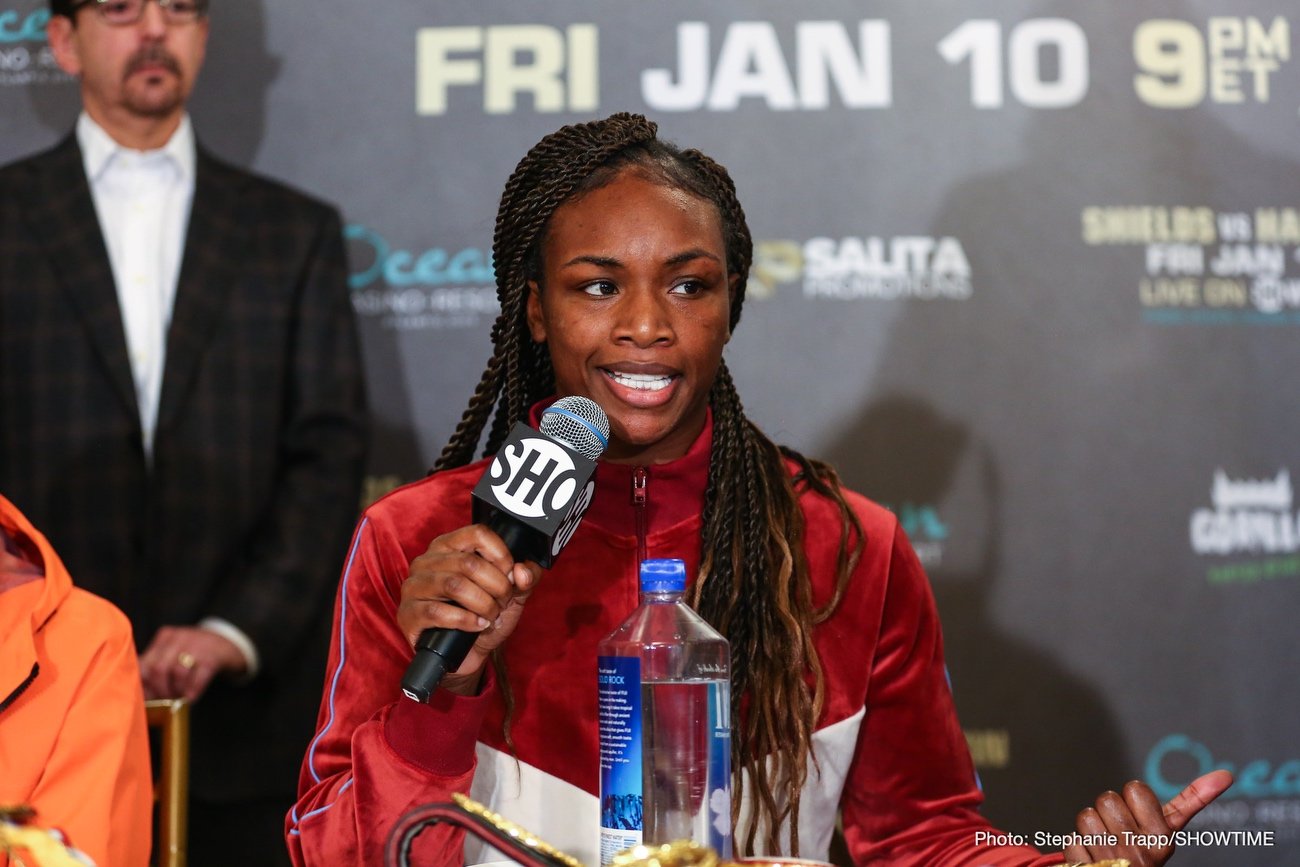 Two-time Olympic champion Claressa Shields, from Flint, Michigan, is proud of Team USA’s Olympic boxing medalists and the whole USA Boxing squad, which featured five female participants for the first time. The only American boxer ever to win back-to-back Olympic gold medals, Shields stood atop the medal podium at the first-ever Olympic Games to feature women’s boxing in 2012, before duplicating the feat at the 2016 Olympics in Rio de Janeiro. The reigning middleweight Olympic champion was pleased with the United States’ performance at the Tokyo Olympics, which featured three silver medals and a bronze in the first appearance of a women’s welterweight competition.

“I’m super proud of the U.S. team. The Olympics is the hardest tournament to medal in and all of you showed a lot of grit, hard work, determination and skill,” Shields said.

Earning medals in Tokyo were female welterweight O’shae Jones from nearby Toledo, Ohio, who took home a bronze, as well as a pair of professional boxers in Duke Ragan (featherweight) and Keyshawn Davis (lightweight), and California’s Richard Torrez Jr, (super heavyweight) who each won silver medals. The four medals represent the highest total for Team USA since Ricardo Juarez, Ricardo Williams, Clarence Vinson and Jermain Taylor grabbed hardware (two silver and two bronze) at the 2000 Olympics.

The 2020 Olympic Games featured the addition of two women’s weight divisions, bantamweight (119 lbs) and welterweight (152 lbs), which shows the continued growth of the sport of women’s boxing throughout the world.

Shields, who in addition to her two Olympic gold medals has won ten world titles in three weight divisions and become undisputed champion in two weight classes in just eleven fights as a professional and recently launched a two-sport career with her professional MMA debut for the PFL, says that having Jones as another American female professional boxer sporting an Olympic medal would be good for the sport. Jones has previously expressed a desire to enter the pro ranks.

“An injection of new top-level talent is always positive,” said Shields (11-0-0, 2 KOs), who aside from making her successful MMA fighting debut in June, made history last March by dethroning Canada’s Marie-Eve Dicaire and becoming the first boxer in the four-belt era to be an undisputed champion in two divisions. She also retained her WBC and WBO junior middleweight titles with the victory and claimed Dicaire’s IBF belt, as well as the vacant WBA Championship. “The idea of a new generation of ladies turning pro and deepening the talent pool with Olympic-level skills will be good for the sport of women’s boxing.”

Shields went 77-1 as an amateur and turned professional after her second Olympic victory in 2016. Her 2017 battle with Szilvia “Sunset” Szabados was the first female main event to be broadcast on American premium television. In addition to currently being the WBC, WBO, IBF and WBA champion at 154 pounds, Shields had previously unified all four of the major sanctioning body belts at middleweight (160 lbs.).

Shields has had a dominating, record-breaking run thus far in her professional career, tearing through other women once considered the best in their divisions with relative ease. She and Great Britain’s Katie Taylor, also undefeated as a pro, have lifted women’s boxing to new heights in recent years, leading an increasingly deeper talent pool that will only get deeper with the addition of the 2020 Olympians from around the world.

Shields’ manager, Mark Taffet of Mark Taffet Media, agrees that the impending influx of new talent to women’s boxing will benefit the sport as a whole.

“I’m excited for the four Americans who brought home Olympic medals this year, particularly welterweight bronze medal winner Oshae Jones who I believe will be one to watch in the next few years,” said Taffet. “The female boxing talent pool, and importantly the U.S. pool, continues to improve and bodes well for the future of women’s boxing and the continued gains toward equality across the board.”

Shields’ promoter, Dmitriy Salita of Salita Promotions, says he’s excited for the future and proud of USA Boxing, who produced four medal winners while undergoing a deadly pandemic that severely hampered the ability to train properly

“As a former amateur and professional boxer, I know the sacrifices required to fight on the elite level and I congratulate Team USA for all of its successes this year, even through all the added challenges that Covid-19 created,” said Salita.