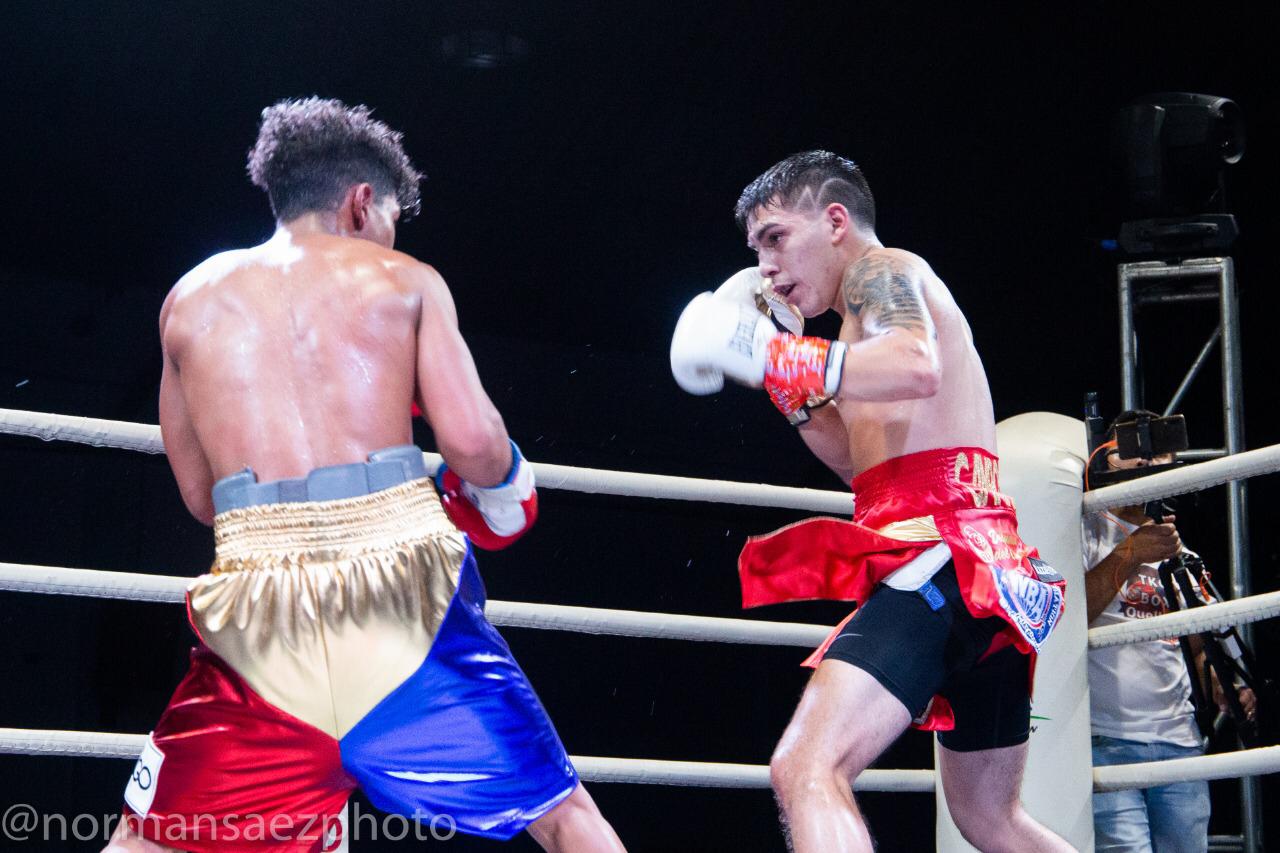 Campos has unblemished record and is on a hot streak in the last 12 months since signing with discovered my powerhouse Manager Tony Tolj, winning the national title, the WBA Fedebol and WBO Latino Flyweight Title.

Campos was the chief sparring partner in Chile for former WBA World Champion Andrew “The Monster” Moloney last March when Moloney went to enemy territory and won a WBA World Title Eliminator. It was during that camp that Campos was discovered by Tolj.

The man known as “Crocodile” Campos opened up about entering the WBO’s top 10 and his thoughts moving forward.

“I would like to thank president (WBO) Paco Varcarcel… My Dragon Fire Latino promoter Nico “Maverick” Martinez & my manager “Gran Jefe” Tony Tolj for believing in me and making everything possible,” Campos stated.

I am only 23 years of age and learning every day, Ive had 9 professional fights but I learned more in June when I was lucky enough to be part of Team Moloneys training camp in Las Vegas. It was really an honor to see the professionalism of Jason and Andrew Moloney.

Our team in Chile is very strong and we are getting better every day. We have Ramon Mascarena, Raynel Mederos & Junior Cruzat. We will be getting new facilities with the Dragon Fire Chile gym. It really is exciting times for Chilean boxing.

Never underestimate the Crocodile, I will not stop until I become the first World Champion from Chile and make my family proud.”

The event which saw the Dragon Fire Latino promotional debuts of 23 year old Cuban sensation “King” Raynel Mederos who moved to 4-0 as a professional and “The Rock” Raymond Mascarena Jr who also emerged victorious on the show presented by Tony Tolj and Nicholas “Maverick” Martinez in Chile, was main evented by fast-rising Campos who has put himself into a position that may see him challenge for global honors in the coming 12 months.

23-year-old Campos has been on fire in the pro ranks and has picked up 3 titles since linking up with Dragon Fire Boxing. Campos discussed his rapid progression under the guidance of Tony Tolj and Dragon Fire.

Campos said, “I am very grateful to my manager Tony Tolj, my promoter Nico “Maverick” Martinez everybody at Dragon Fire Boxing for guiding me in such a great way so far in my career. To win titles with the WBA and WBO is amazing and also becoming champion of my country is a great honor. So I am very grateful for the opportunities I have been given so far in the professional game.

“My last opponent Villegas was a tough opponent. He was undefeated and coming to win. I have not had it easy as a pro, I am always in real fights and that’s how I like it. If you want to be the best you have to test yourself against real fighters and I am fortunate to have been successful against real fighters.

“Now I want to continue to hopefully climb up the world ratings and put myself in a position to fight for more titles in the coming months. I want to thank the WBA and WBO for giving me opportunities to fight for their titles and I hope that I can fight for many more of them in the future.”

One of the guiding lights in Campos’ career comes in the form of Dragon Fire Boxing chief Tony Tolj who weighed in on his Chilean charge.

Tolj said, “Andres has been a joy to work with from day one. We had him over in Australia where he worked with the Moloney’s, Billel Dib and Bruno Tarimo and their trainer Angelo and we were all really impressed. He is a great kid and he is going places trust me.

“He’s hopefully going to be ranked in the world top 15 in the near future and after the COVID-19 issues are cleared up I want to continue to push him as fast as we can towards major titles as I believe he is definitely going to follow the likes of Andrew Moloney in becoming a world champion.”