Tarver did show a nice jab when he threw it, seemingly landing it at will in spots. Banks, the Kronk Gym bred fighter/trainer, simply didn’t throw enough punches to get his opponent’s respect, and continued to eat hard shots into the middle rounds. Midway through the seventh round, Tarver landed a crisp combo that dropped Banks hard. He rose to his feet, but it was only a matter of seconds before Tarver moved in for the kill, forcing the referee to call the fight. Tarver improved the 31-6 (22KO) and after the bout called out heavyweight champion Wladimir Klitschko, whom Banks trains. Don’t expect that one to happen any time soon. Klitschko wouldn’t want to have to go to jail for murder.

In the co-feature, Austin Trout continued his quest toward another title shot by facing Luis Grajeda, of Mexico. The former 154-pound titlist started slow, playing it safe to avoid getting caught with anything. You may remember in August the New Mexico native was dropped twice before rebounding to decision the unheralded Daniel Dawson. As the rounds progressed Trout began opening up more, while the Mexican fought defensively. When “No Doubt” got close, Grajeda tied him up. In the fourth round the two fighters were tangled up on the ropes and Grajeda slipped to the canvas; yet it was incorrectly called a knockdown by the ref.

In the sixth round Trout really began working the body, slowing his opponent down with vicious body blows. Grajeda was sucking wind and in complete survival mode throughout seventh. He made it to his stool but remained seated, his team electing to retire before the start of the eighth. Trout scored his first stoppage in over three years, improving to 28-2 (15KO), and looks to do bigger and better things in 2015.

The second televised fight of the card featured two 122 pound fighters with contrasting styles. Things ended in controversy, sparking an epic rant from ringside ESPN commentator Teddy Atlas. Undefeated Columbian Oscar Escandon started well, stalking forward with relentless pressure and throwing mean body punches. In the early rounds Tyson Cave ran…A LOT, and when he did return fire there was little power behind it. However things began to change in the middle rounds his movement began visibly frustrating Escandon, who was merely chasing him around the ring. Cave was hopping around the ring like a rabbit, throwing punches from all over the place, taunting and outworking his opponent.

The Columbian looked like a defeated man in the late rounds, hardly throwing a punch. Down the stretch it was the Canadian fighter throwing the combinations, appearing to do the better work through the majority of the rounds. After the final bell sounded, tension spiked ringside when it was announced that the judges had come to a split decision. One judge scored it 115-113 Cave, while the others had it 115-113 and (disgustingly) 117-111 for Escandon, inciting angry boos from the crowd. This reporter tries to keep things neutral, but there is no other way to put it folks. This was not one of those “close and could have gone either way” fights; this was a robbery.

The opening bout of the ESPN Boxing telecast was an all action affair between exciting middleweights. Cleveland native and 2012 Olympian Terrell Gausha met his sternest challenge to date as a pro against Cesar Vila, of Austin Texas. Vila brought the fight to Gausha from the onset, marching forward and punching with authority. The undefeated Gausha attempted to set traps via lying on the ropes and inviting his opponent in. For the most part, rounds started with Vila stalking and Gausha countering, but the fighters engaged in heated toe-to-toe exchanges in spots. Gausha punched with stellar accuracy and his mixed his shots upstairs and downstairs. Vila got in good work, but couldn’t seem to land more than one punch at a time.

In the final round Gausha landed a beautiful left-right-left-right combo that sent Vila slamming to the canvas. Referee Jack Reiss didn’t even bother counting, immediately calling it off despite protests from the fighter and fans in the crowd. Nonetheless, the Cleveland kid improves to 13-0 (7KO). Vila’s record drops to 7-2, but his stock rose significantly from such an exciting performance. No doubt we’ll see him on ESPN Friday Night Fights next season. 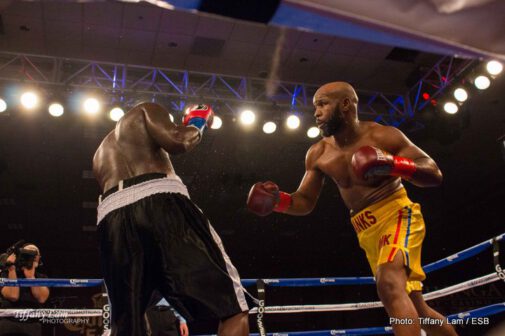 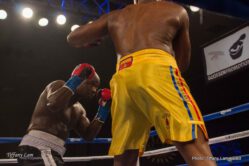 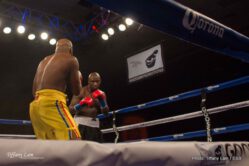 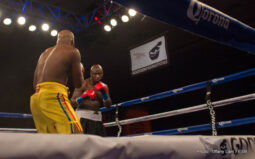 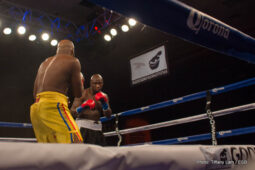 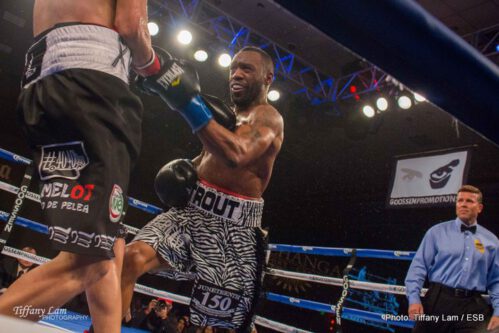 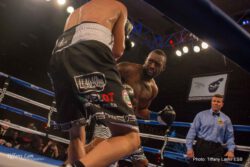 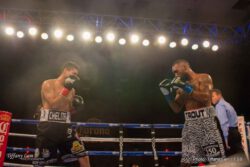 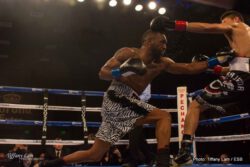 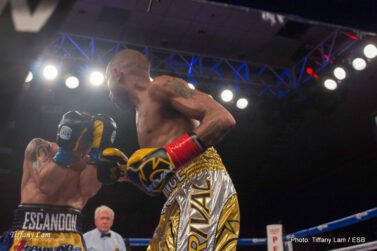 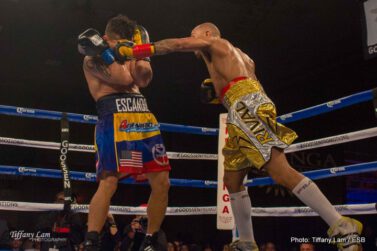 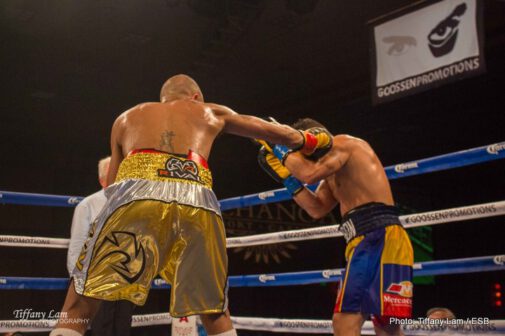 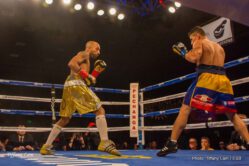 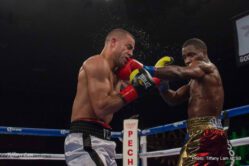 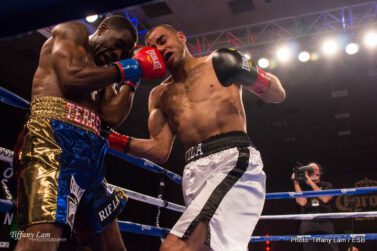 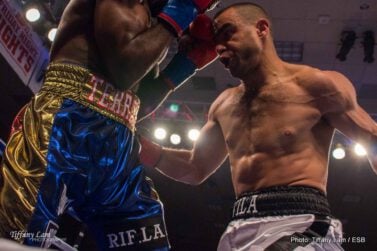 Other results from the card include:

Undefeated heavyweight Dominick Breazeale improved to 13-0 (12KO) with a first round destruction of Epifanio Mendoza (40-20-1).

Egyptian knockout artist Ahmed Elbiale continued his streak, improving to 8-0 (8KO) with a second round stoppage of Lawrence Blakey (2-3).