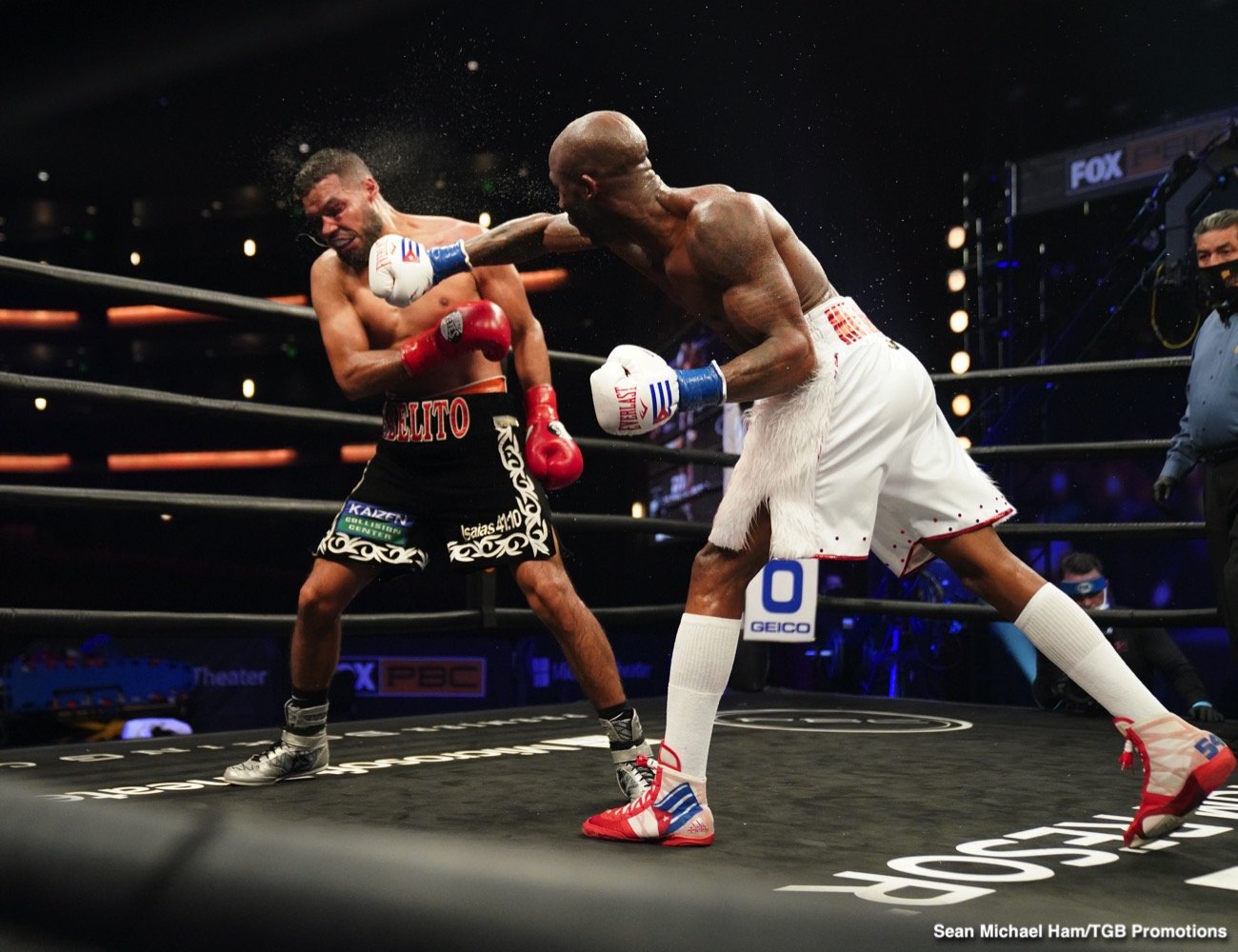 Certain fighters just seem to have a tough time of things when it comes to convincing the judges they are doing what almost everyone else can see: that they are winning the fight. Case in point, Yordenis Ugas, who last night picked up a 12 round split decision victory over Abel Ramos (also picking up a version of the WBA welterweight belt). The problem is, absolutely nobody saw how Ramos, now 26-4-2(20) could have been deemed the winner by anyone, let alone the judge who somehow had it a whopping 117-111 for the co-challenger for the vacant strap.

It was a clear win for Ugas, the strong feeling went, and is going. Instead, the two judges who actually gave him his win only did so by a too close for comfort margin – at 115-113, 115-113. Ugas came perilously close to being robbed, the way plenty of people felt he was robbed back in March of last year when he dropped a split decision to the usually all-action Shawn Porter in a WBC welterweight title challenge. And before that, in 2015, in February and in May of that year, when Ugas dropped close decisions to Emanuel Robles (a split) and Amir Imam (UD). In fact, though he is 26-4(12), a case could be made that 34-year-old Ugas has never truly been beaten – his first pro defeat coming via another split decision, this to Johnny Garcia back in 2012.

Plenty of fighters have screamed robbery due to some odd, wild or even crazy scoring over the years and plenty will sadly do so again. Yet Ugas really is a guy who has a tough time making the judges do the right thing and credit him with rounds he has clearly won in the opinion of just about everyone else. Last night’s 117-111 piece of work should be looked into, yet as Ugas is not a big name – he is, however, a “boring fighter” in the opinion of quite a few fans, who don’t care if he wins or loses; or is robbed – but you can bet it won’t be.

The topic of controversial scoring in boxing matches is of course nothing new but it doesn’t make it any less frustrating when guys like Ugas come far too close to seeing their life-long dreams go up in smoke due to what can only be described as bad judging.

Moving on, as Ugas will hope he can from this curse of bad scoring being handed in at the conclusion of his fights, the Cuban stylist is now hoping to fight “all the big names in the welterweight division.” But will any of them be so keen to fight him? It does seem doubtful. Ugas is too good, too tricky and even if he is no thrilling fighter, he can make anyone look bad.

Especially the judges sat at ringside.