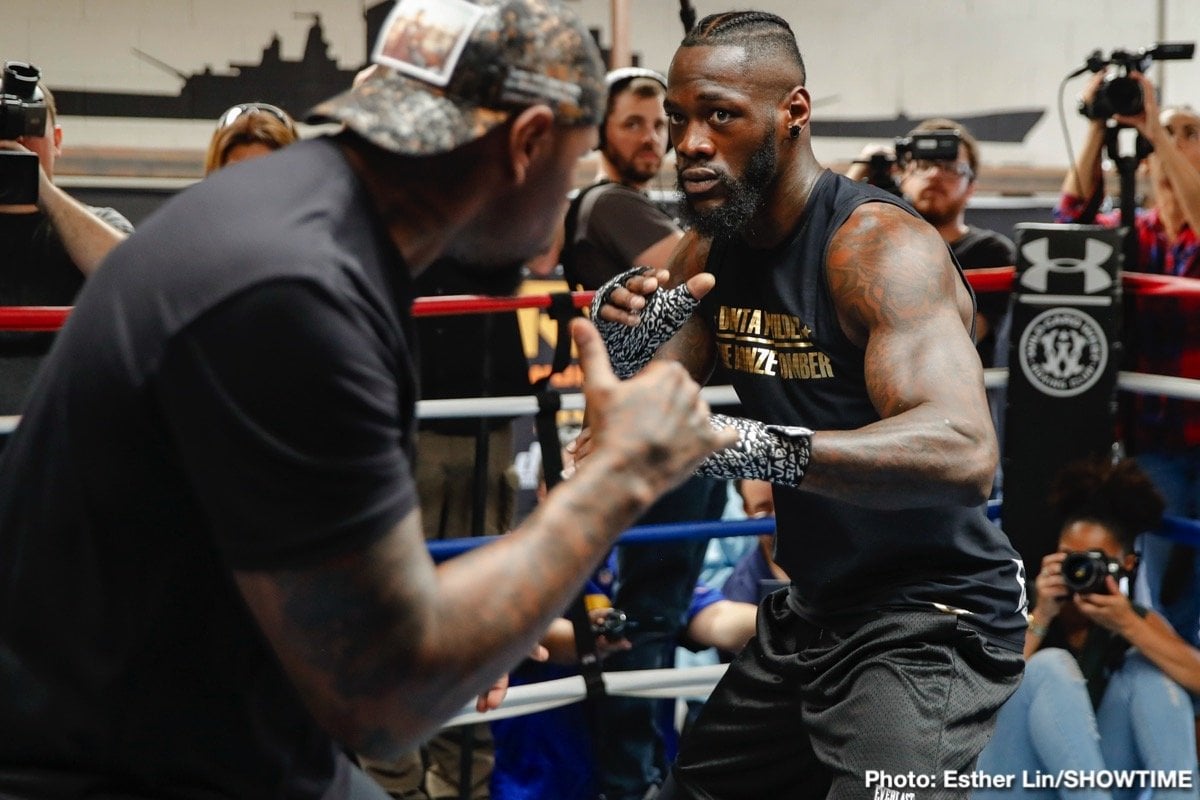 Fight fans have seen over the years how one loss can forever change a fighter, for the worst. Some fighters, champions even, have either walked away from the sport after suffering their first pro defeat or they were never, ever the same again after first tasting the agony of defeat – Naseem Hamed’s name spring to mind as, after suffering his first loss, to Marco Antonio Barrera, his confidence had evaporated and he fought just once more, winning a dull affair over a relative no-name.

Dominic Breazeale, who challenges WBC heavyweight ruler Deontay Wilder this Saturday night, says he believes Wilder is the type of person who will be “sent into some type of depression” after he loses for the first time. And the big man known as “Trouble” says that he will be the fighter who inflicts that first loss on Wilder, and thus retires him from the sport.

Speaking with Sky Sports, Breazeale, 20-1(18) had the following to say about the upcoming fight:

“I think he finds it humbling and I think it ends his career, it retires him. A guy like Wilder, the surrounding that he has, he’s not used to being down in the dumps and being a depressed individual. I think it cripples him, it sends him into some type of a depression and he never comes back to fight again. … He’s a disgrace for not only American boxing, for heavyweight boxing in general.”

Naturally Wilder disagrees, and says he will inflict a brutal KO on Saturday night. As fans know, the champion and the challenger do not like one another. At all. But could Wilder go into this fight trying TOO hard to get the KO? The great trainers say the KO comes naturally, that if any fighter goes looking for it it will prove elusive. Wilder seems to be positively aching to get his hands on Breazeale and lay him out in highlight reel fashion.

He may well do so, but Wilder, 40-0-1(39) should not forget that Breazeale can bang himself. Look for a great firefight on Saturday, however long the action lasts. And there will be action, no doubt about it.