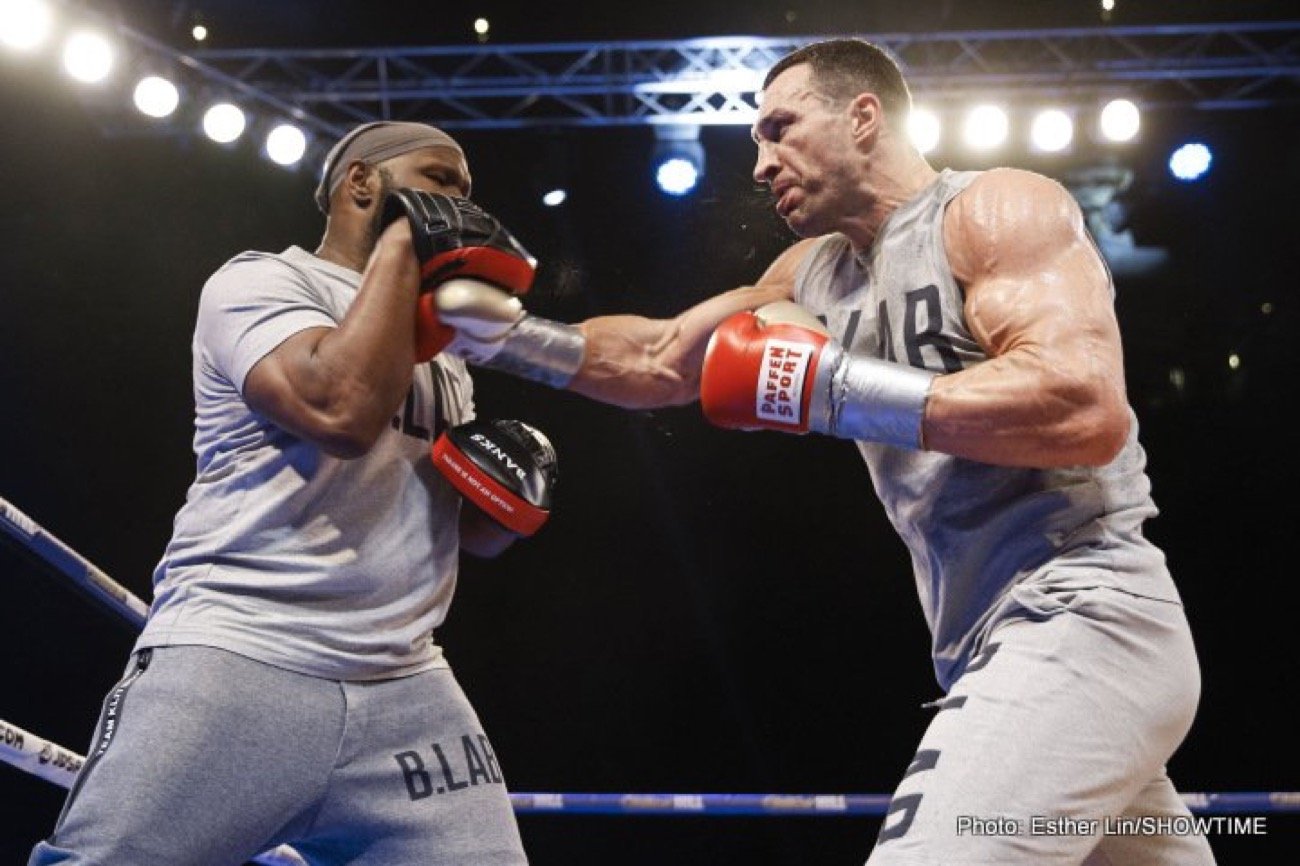 Former heavyweight champion Wladimir Klitschko isn’t willing to stick his neck out to make a prediction on this Saturday’s rematch between Deontay Wilder and Tyson Fury.

The 43-year-old Klitschko views it as an even fight that could go either fighter’s way. Like many people, Wladimir sees Wilder (42-0-1, 41 KOs) if it ends with a knockout. On the other side, if it goes 12 rounds, Fury will win.

Wladimir could be wrong though, as Wilder has enough boxing skills and power to win on points if it goes 12. He knocked Fury (29-0-1, 20 KOs) down twice the last time they fought in 2018.

Fury beat Wladimir by a 12 round decision in 2015, but that was largely due to the Ukrainian being too afraid to throw punches. He had no faith in his ability to take Fury’s slapping shots, so he just followed him around for 12 rounds looking utterly confused.

Wilder isn’t afraid and he will be throwing punches. It could come down to how well Fury dodges Wilder’s shots. If Fury makes Wilder miss with 100% of his power shots on Saturday, then he’ll win. But if one leaks through Fury’s impregnable defense, then it’s game over for him.

Wladimir says there’s not a #1 heavyweight

Assuming Wilder drops Fury 2 to 4 times on Saturday, it’s easy to picture him getting his hand raised. Given how shaky Fury looked in his last fight against the weak punching Otto Wallin, it’s difficult to imagine him not getting dropped at least 2 times in the fight.

“Either Wilder is going to knock Fury out, or Fury is going to win on points,” said Klitschko to skysports.com. “That’s how I see it. It could go 50-50. There’s no particular advantage or disadvantage to any of those guys. I believe there is no really no 1, for right now,” said Wladimir.

Anthony Joshua’s promoter Eddie Hearn believes his fighter is #1 in the division based on him having 3 world titles. Hearn thinks that more is better, and doesn’t take in the fact that Joshua won his world titles off of an out of shape 283 lb Andy Ruiz Jr. last December.

Hearn is rooting openly for the 6’9″ Fury to beat Wilder on Saturday since he thinks it’ll be easier to negotiate with him than it will be with Wilder. We’ll have to see if that’s the reality of it. Fury and Wilder could face each other a third time if the two agree on it. The outcome has to be a close and/or controversial one for it to be worthwhile to have them fight a third. The boxing public will be put off if there’s another draw between them.

Hearn doesn’t seem to be too eager to have Joshua defend against his WBO mandatory Oleksandr Usyk this year. It could be that Hearn is worried about Joshua gassing out and losing to the 2012 Olympic gold medalist. While AJ was able to absorb a loss to Andy Ruiz Jr. and come back and still make good money in the rematch, if Joshua keeps losing, the fans won’t continue to want to see him as they have in the past.