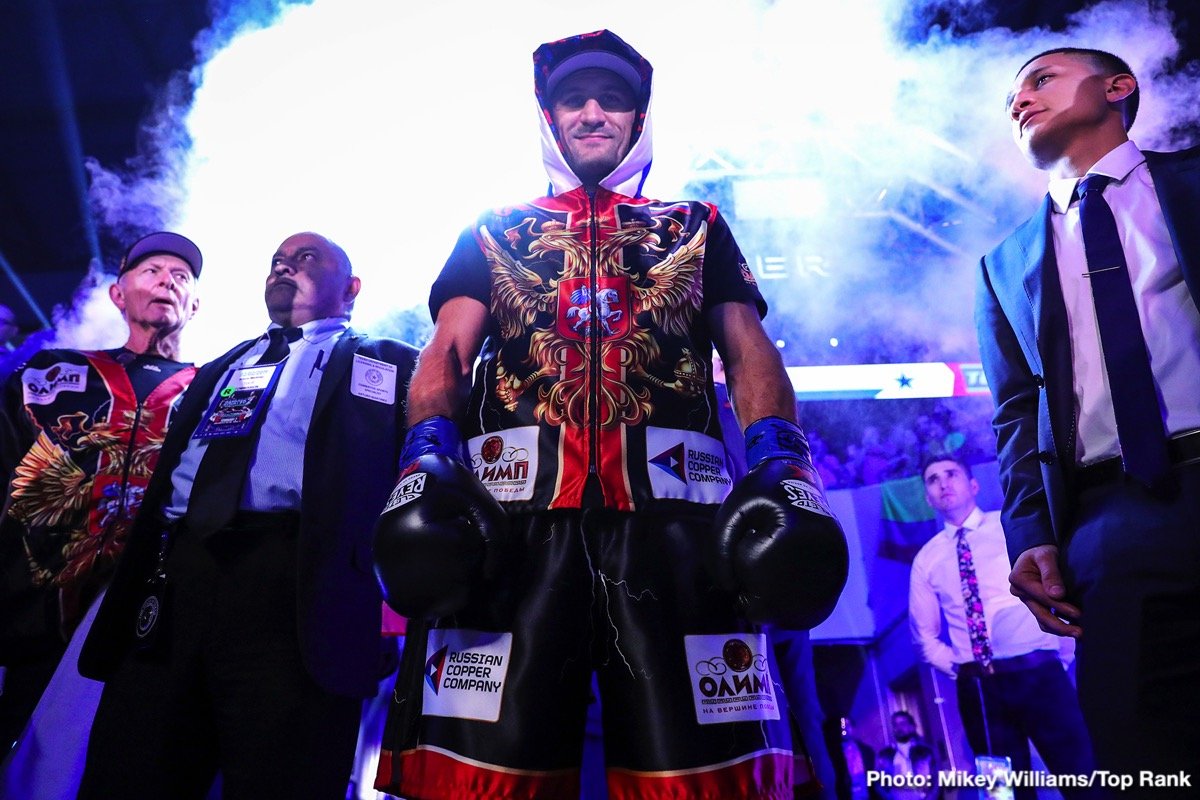 If light-heavyweight puncher Sergey Kovalez was not on the scrap heap after his stoppage loss to Eleider Alvarez, he was somewhat close, and, had the former champ lost again to Alvarez, it would have been hard to see where Kovalev would have gone. But he won on Saturday night, and his brilliant decision win came about, in large part, to the man who was working the Russian’s corner: former champ/turned trainer James “Buddy” McGirt.

As he did for the late great Arturo Gatti back in 2001, after Gatti had been losing too many for comfort and was, in the opinion of many, washed up, McGirt turned Kovalev’s style and approach around and got him back to boxing. When he worked with Gatti, McGirt guided the eternally popular “Human Highlight Reel” all the way back; to another world title and into the fights he is arguably most celebrated for today: those three epics with Mickey Ward.

Now, can McGirt get more out of Kovalev, and if so, how much? McGirt, arguably a finer trainer than he was fighter (and that’s sure saying something) really does have the knack when it comes to getting additional juice out of a fighter. Kovalev said after his revenge win over Alvarez that he felt better than ever (sure, they all say that) and that his goal remains what it was prior to the August loss to Alvarez: to scoop up all four 175 pound world titles. With McGirt making his magic, who knows, maybe Kovalev can do it.

McGirt has been showered with praise for his abilities as both a trainer and corner-man, and rightfully so, but if he can get Kovalev back to the very top of the talent-rich light-heavyweight division, this might prove to be his finest hour. Kovalev is in good hands right now, as was Gatti, Vernon Forrest, Joel Casamayor, Paulie Malignaggi and so many others.

Maybe McGirt will win the 2019 award for Trainer of the Year? Certainly it will be interesting to see how much more his latest partnership, the one with Kovalev, can achieve.