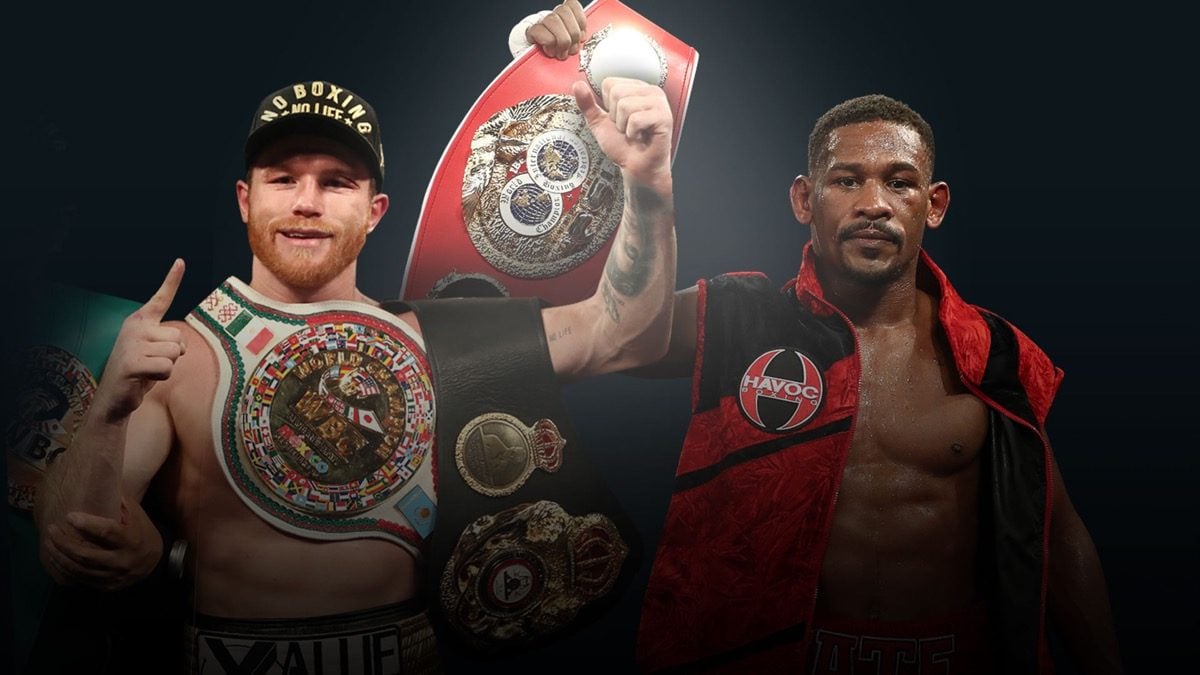 T-Mobile Arena will host the biggest boxing event of the year as Canelo Alvarez (50-1-2, 34 KOs) defends his WBC, WBA, Lineal and Ring Magazine Middleweight World Titles in a 12-round unification fight against IBF Middleweight World Champion Daniel “Miracle Man” Jacobs (35-2, 29 KOs) during the celebratory weekend of Cinco de Mayo. The champion-vs.-champion event will take place Saturday, May 4 and will be streamed live exclusively on DAZN.

Ticket information for the event will be announced shortly along with an exciting, action-packed undercard.

“I’m excited to return to T-Mobile Arena for a fifth time,” said Canelo Alvarez. “I inaugurated this arena to boxing at an international level, and it’s a place where I have had some of my biggest fights. This fight against Daniel Jacobs will not be the exception. I am ready to capture another world title in front of a packed house, listening to the unconditional support of the fans in attendance, and also for those who will watch this fight through the screens of a huge platform in DAZN. I want it so when people talk about T-Mobile Arena, they say that is where Canelo Alvarez fights.”

Daniel Jacobs said, “I’m thrilled that this huge night has landed in Las Vegas. I made my debut there in 2007, but I haven’t boxed there for nearly nine years. Scheduling the biggest fight of my career at T-Mobile Arena is the perfect occasion to return to the bright lights and shine on a massive stage. Canelo is a champion and he’s fought the best so it’s an honor for me to face him, and of course it’s a brilliant fight for the fans. But my legacy is on the line and I have a lot to gain – I want to be a hall of famer one day, and this is the sort of fight that will get me there.”

Oscar De La Hoya, CEO and Chairman of Golden Boy Promotions, said, “Fights of this magnitude have a home, and that home is Las Vegas. Ever since Canelo Alvarez introduced T-Mobile Arena to boxing fans, he has hosted his biggest fights there. On May 4, we expect a full house of fans from all over the world to watch Canelo capture another world title with a great victory over Daniel Jacobs in a mega-fight that will be streamed exclusively live via the global sports streaming giant, DAZN.”

Eddie Hearn,Managing Director of Matchroom Sport, said, “I’m delighted that this brilliant fight is heading to Las Vegas. We know that Canelo’s fights there on Cinco De Mayo weekend are always special, and with the size of this fight, this could be the biggest yet. Daniel has been on an impressive run since signing with Matchroom Boxing USA, and has risen to the occasion, taken three unbeaten records in his last three fights and regained his world champion status. May 4 is such a huge night for Daniel, Matchroom Boxing USA, DAZN and Sky Sports – and I believe that Daniel will unify the titles under the bright lights of Vegas and his remarkable story will have yet another incredible chapter.”

Joseph Markowski, DAZN EVP, North America, said, “It’s about time DAZN landed in Las Vegas. The vibrant atmosphere and high-profile crowds surrounding Canelo fights at T-Mobile Arena are truly unique. We look forward to spotlighting that environment for all those watching at home live on DAZN.”

Canelo vs. Jacobs is a 12-round fight for the WBC, WBA, Lineal, Ring Magazine and IBF Middleweight World Titles presented by Golden Boy Promotions in association with Matchroom Boxing. The event is sponsored by Tecate, “THE OFFICIAL BEER OF BOXING” and Hennessy “Never Stop. Never Settle.” The event will take place Saturday, May 4, 2019 at T-Mobile Arena in Las Vegas and will be streamed live exclusively on DAZN.