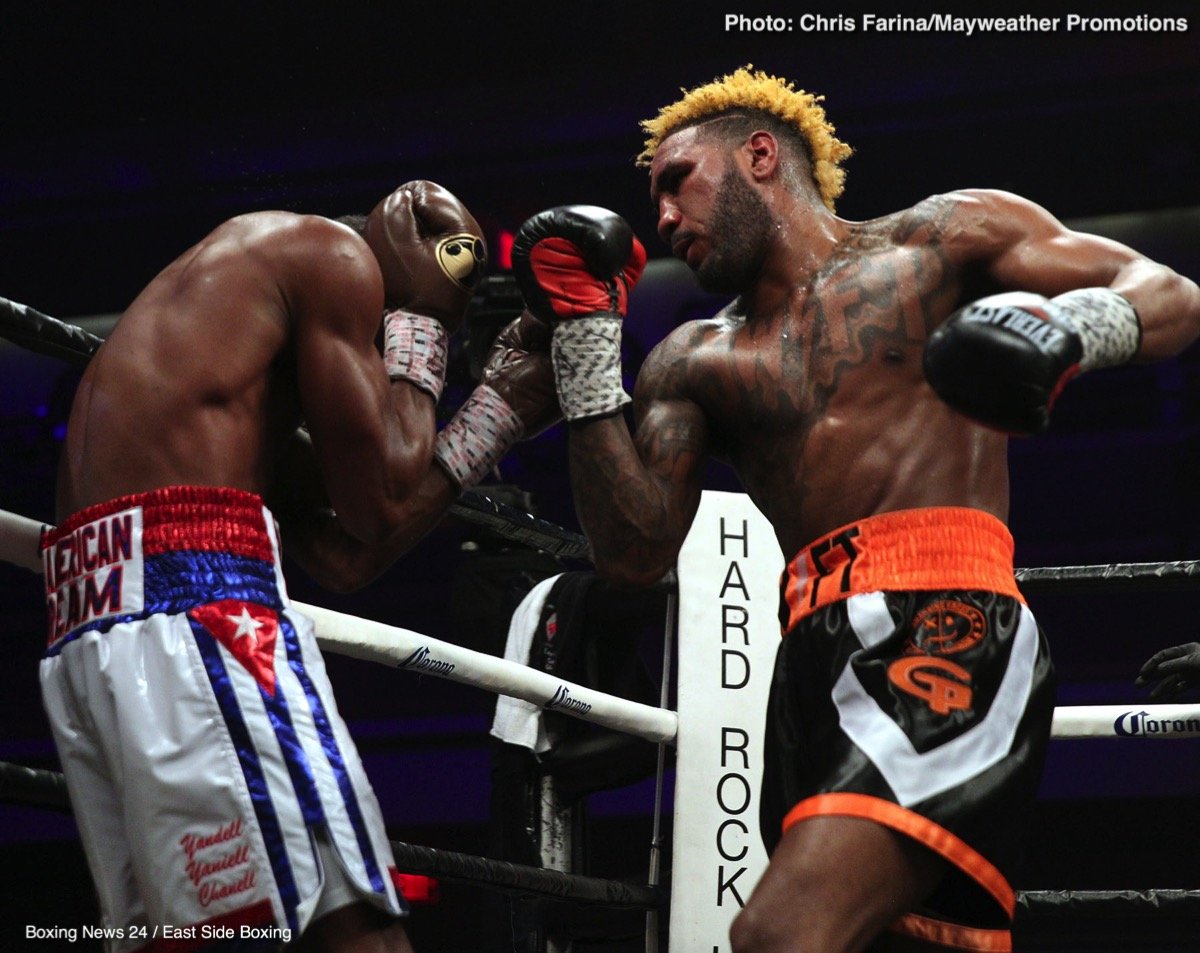 Often, a fight fan is pulled into a pay-per-view card, into buying it, due to a stellar undercard that supports the main feature. But while the considerable hype surrounding the December 1st clash between unbeaten heavyweights Deontay Wilder and Tyson Fury might not need too much else to get fans to part with their £pounds and their $dollars, it could be just as well.

So far three TV fights have been announced for the Los Angeles undercard: Luis Ortiz against Travis Kauffman at heavyweight, Joe Joyce against Joe Hanks also up at heavyweight, and Jarrett Hurd defending his two super-welterweight titles against Jason Welborn.

Though heavyweight action always pulls in the fans, it’s probably fair to say these two heavyweight match-ups, though at least interesting, will not get fans in a lather. Ortiz-Kauffman could prove lively if the largely inactive Kauffman, 32-2-0-1(23) – best known for pushing Chris Arreola to a majority decision that was later changed to a no-contest – is in top shape and is ready to go for it against the 29-1(25) Cuban southpaw.

Joyce, still just 6-0(6) as a pro, is being moved fast yet most fans will be picking him to come through without too much trouble against Hanks, 23-2(15). That said, Hanks, once known as “The Future,” is the toughest test yet for Joyce; on paper at least. Athletic, talented and experienced (certainly far more than Joyce is a pro level) the 35 year old has at least been in with a couple of recognisable names: Andy Ruiz and Derric Rossy – the problem is Hanks lost to both of them.

Having been inactive himself (just two fights since the 2014 loss to Rossy, both wins) Hanks has a question mark next to his name as far as how fit he is and what mind of frame of mind he is in. If Hanks is up for the fight 33 year old Joyce might get tested harder than he has been before.

The 154 pound title fight will likely be seen as a veritable mismatch by most. Maryland’s Hurd, unbeaten at 22-0(15) has beaten technicians like Austin Trout and Erislandy Lara, while Welborn of the West Midlands in the UK has faced no such elite fighters. At 24-6(7) Welborn is as tough as they come and his two thrilling decision wins over Tommy Langford, up at middleweight, for the British title, sent fans home happy.

It’s a huge step up for Welborn here though, and it would be one tremendous “away” win for a British fighter should Welborn manage to pull it off.

Chris Arreola will also see action in an off-TV fight, and there could be more additions to the card. As it looks now, though, the support card on December 1 looks distinctively average.