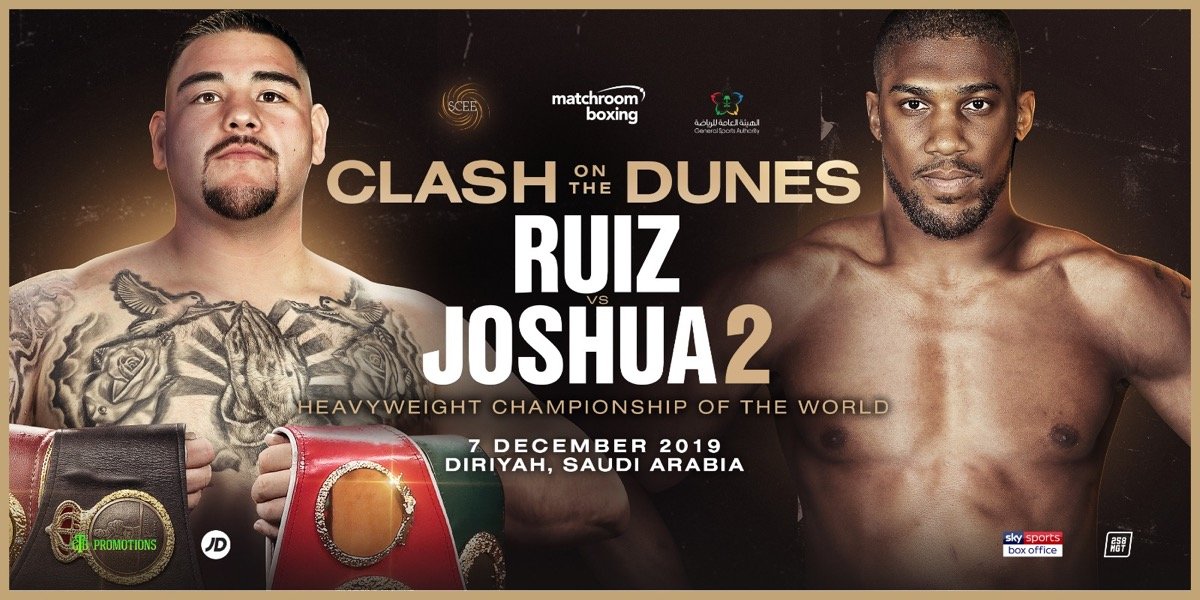 WBC heavyweight champion Deontay Wilder has seen the miraculous physical transformation that Andy Ruiz Jr. has done in losing gads amount of weight in training for his December 7th rematch with Anthony Joshua (22-1, 21 KOs), and he thinks he’s going to beat him again.

Many boxing fans doubted Ruiz when he said he was going to lose weight for the Joshua rematch. They thought he was just talking, and he would be back to eating Snickers bars and not bothering with his diet. But in recent videos and photos of Ruiz, he looks like he’s lost a good 15 to 20 pounds already.

If Ruiz is already in the the mid-240s, he may need to slow up his weight loss to keep him from getting down too low for the rematch with Joshua. If Ruiz comes into the fight weighing 220 lbs at 6’2″, that might not work for him against the 6’6″, 245 lb. Joshua. If Ruiz gets down to 215 to 220, he would like a rehydrated cruiserweight, and that’s not going to work against a giant like Joshua.

Saudi Arabia will be a new experience for Ruiz and Joshua

The heavyweights will be fighting in 8 weeks in Riyadh, Saudi Arabia. That was Joshua’s promoter Eddie Hearn’s idea to stick the rematch in that part of the world after he was given a big offer to take the fight there. This is going to be an interesting event with it taking place in Saudi Arabia.

While many feel that the local Saudi fans will be backing Joshua during the fight, there could be more than a few Ruiz fans in the audience. People like to root for the underdog, especially someone that has changed his life so dramatically in the course of just four months. It’s a real life success story, and it’s motivating for a lot of people. 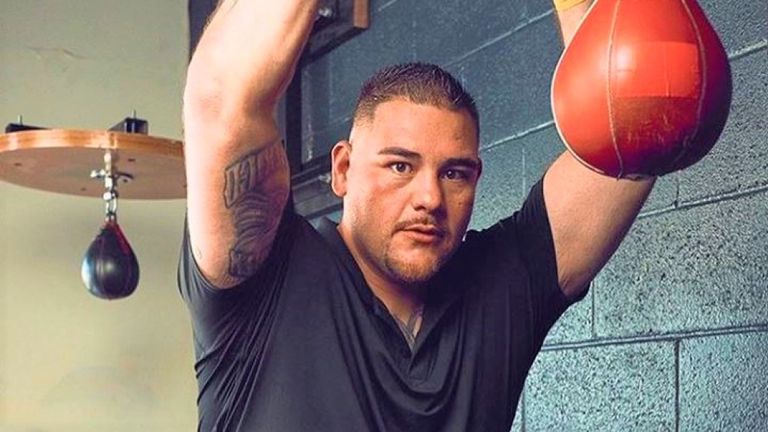 “I am. Ruiz Jr has all the motivation and confidence that he needs from the first fight,” said Wilder to skysports.com about him picking Ruiz to defeat Joshua again. “I don’t think he is one to dwell after obtaining a little taste of success. This is just the beginning, especially when you become a champion.”

Ruiz being trimmer for the rematch with Joshua will make the fight a compelling one to watch. Will Ruiz be faster and more explosive with his new physique? Or will he be too weak to hurt Joshua like he did the first time? It makes sense for Ruiz to have his weight close to what Joshua will be weighing for the fight, because he’s not going to be able to hurt him if he doesn’t have his weight behind his shots.

“You’ve got to stay hungry. My man Marvin Hagler said you can’t get out of bed in silk pyjamas, but with the win, it was a big boost, and he has the Mexican people around him,” said Wilder.

With the millions that Ruiz made from his first fight with Joshua, will he have the hunger to fight as hard as he did last time?