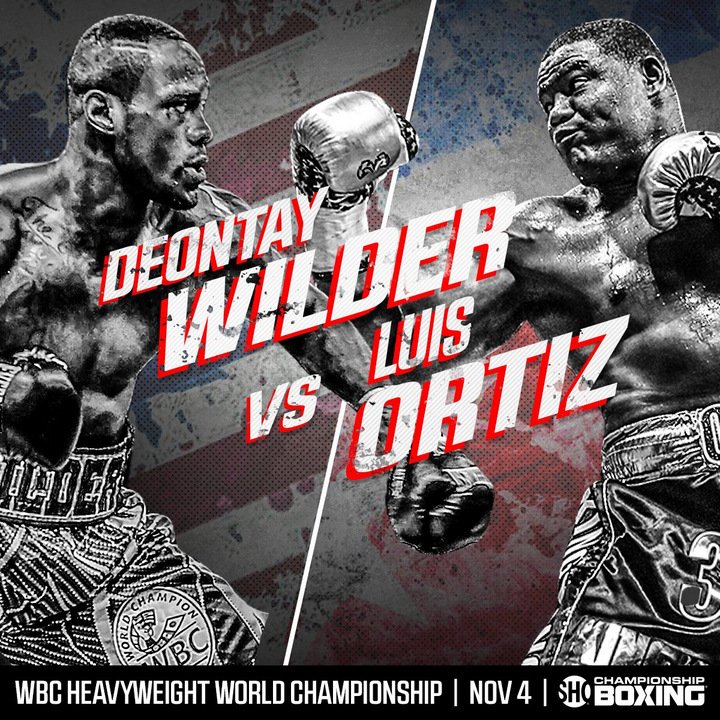 There are a few big fight cards still to come this year, but the biggest year end card that will close out what has been a good year for the sport overall could well be the one we fans will get on November 4. It has been confirmed that WBC heavyweight ruler Deontay Wilder will defend his belt against Luis Ortiz, at Barclays Centre, New York, with Showtime to televise.

A seemingly guaranteed can’t-miss shoot-out between two undefeated proven punchers, Wilder is likely to get the stiffest, most testing fight of his entire career to date. Wilder is hugely confident and deserves credit for taking such a big risk. As for Cuba’s Ortiz, he too deserves credit for taking this fight when he could have simply sat and waited for his mandatory shot at the WBA title currently held by Anthony Joshua.

Ortiz too is supremely confident. It seems we will witness one huge explosion on November 4. But as great as the maim event, sorry, main event promises to be, it will be backed by a solid under-card. Also at heavyweight, former champ Bermane Stiverne (who took step aside money to allow Wilder-Ortiz to go ahead; being the WBC mandatory challenger) will square off with once-beaten contender and former Olympian Dominic Breazeale.

Stiverne, 25-2-1(21) will be having just the second fight since losing his belt to Wilder in January of 2015, while Breazeale, 18-1(16) will be having his second fight since losing his unbeaten record to Joshua who stopped him in a IBF title fight in June of last year. In his last fight in February, on the Wilder-Gerald Washington card, Breazeale won a thriller in halting the tough and dangerous Izuagbe Ugonoh. Breazeale-Stiverne could turn out to be another memorable heavyweight battle.

And to add further to the exciting card, we could also see the return of Danny Jacobs on November 4. According to Dan Rafael, promoters are trying to get Jacobs, 32-2(29) a fight on the card. Last time out of course, Jacobs pushed middleweight king Gennady Golovkin hard for all 12 rounds. Fans are eager to see the former WBA middleweight champ in action and it will be very interesting to see who he faces should he appear on what really does promise to be a value for money card.