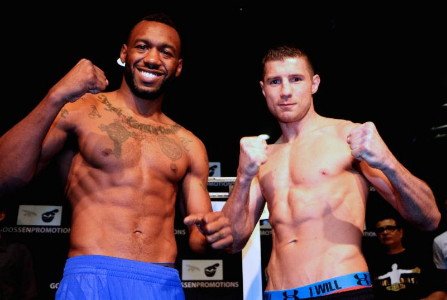 Trout is counting on looking good on Friday night in beating Dawson in an impressive manner. Trout wants to show boxing fans that he’s the same fighter he was before his consecutive losses to Saul “Canelo” Alvarez and Erislandy Lara in 2013. Trout blames those losses on him not fighting his game.

Trout feels that he’s at his best when he’s relaxed, jabbing and throwing combinations. Trout wasn’t able to relax much against Lara and Canelo because they were able to upset his normal rhythm with their punching power and boxing ability.

Trout sees Dawson as someone with good power that will be looking to take the fight to him. He’s probably right about that. Dawson has clearly studied Trout’s losses to Lara and Canelo and concluded that Trout doesn’t fight well when he’s getting hit hard.

Both Canelo and Lara were able to drop Trout hard with heavy shots. While Dawson doesn’t have their power, he punches hard enough to give Trout problems if he’s able to land enough shots.

It’s possible that Trout may have lost something in his recent defeats. The loss to Canelo was a disappointing one for Trout because he was in the fight for the full 12 rounds. But Trout’s defeat at the hands of Lara last December was just a one-sided fight with Trout getting knocked down and schooled.

It wouldn’t be all that surprising if Trout comes out looking less than confident against the 36-year-old Dawson, especially if he starts getting hit with some monstrous shots in the fight. What’s left of Trout’s confidence may disappear immediately.