Birthday boy Gennadiy Golovkin weighed in successfully at 160lbs on Friday and his opponent Ryota Murata also weighed in at 160 for their main event fight this Saturday night at the Saitama Super Arena in Saitama, Japan. The contest will be streamed live on DAZN at 5 am ET.

Golovkin turned 40 on Friday, and he’s coming off a year and a half layoff for this critical fight against Murata (16-2, 13 KOs) in Japan.

It’s important because for Golovkin to earn the trilogy fight that he’s been slowly ramping up for in the last four years, he must beat the 2012 Olympic gold medalist Murata on Saturday night.

If Golovkin loses, he can forget about ever getting the opportunity to face Canelo again. The excellent news is that GGG is favored to defeat Murata with the oddsmakers, but that doesn’t mean anything.

With Golovkin’s age and inactivity, Murata has a real chance of winning this fight and ruining the long-awaited trilogy match with Canelo.

As you would guess, Golovkin is a little bitter about waiting this long for the third fight with Canelo to take place, as it should have ideally taken place in December 2018.

Instead, Canelo went on a barnstorming tour, beating a slew of belt holders [read: paper champions] over the last four years in what he says was to help cement his legacy. Those are just words.

The reality is, Canelo has swerved the tough fights by going after belt holders, and sadly, Golovkin was one of those matches the Mexican star avoided until now.

“That is a question you should ask Canelo,” Golovkin said to ESPN on why it’s taken four years for the trilogy match to potentially take place in September. “After the rematch, when everyone wanted to see a third fight, he did everything he could to avoid it. He even took his promoter to court. Who knows?”

Murata isn’t expected to be much of a threat to Golovkin, and you only need to watch the Japanese fighter’s losses to Hassan N’Dam and Rob Brant to know why.

The Golovkin vs. Murata fight is more about money than being a match that will prove anything.

The only thing boxing fans will learn from the fight is how much Golovkin has in the tank after 16 years as a professional. Murata isn’t good enough to give people a clear view of what GGG has left of his ability, but it at least will show if he can beat a lower B-level opponent.

If Golovkin struggles to beat Murata, it’s safe to say that he’ll have no chance of beating Canelo in September. DAZN has got to hope that Golovkin shines against Murata by scoring an early knockout because the Canelo trilogy won’t sell on pay-per-view in September if he struggles against the Japanese fighter.

“I have no interest in proving anything to ‘doubters’ or anyone,” Golovkin said about him having no need to shine against Murata to prove that he’s capable of being competitive with Canelo.

Golovkin seems to have a disconnect of how important it is for him to look good in this fight with Murata, as he needs to not only punch his ticket for the third fight with Canelo, but he needs to prove to the boxing public that it’s worth paying to see on PPV.

As of now, many fans don’t want to see the trilogy match because they don’t think Golovkin has a chance of beating Canelo, and they may be right. 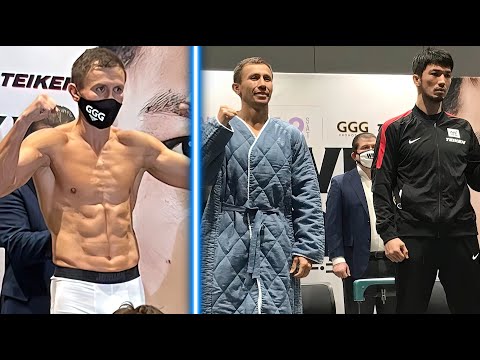 “When I enter the ring against Murata, it will be entertaining and exciting. I expect it to be the fight of the year,” said Golovkin.