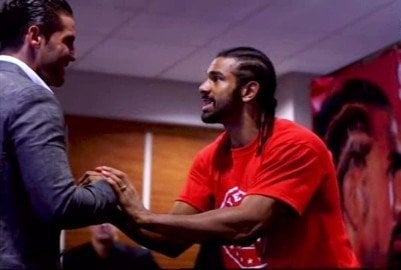 Wow, what a turnaround. And what a quick turnaround from the sanctioning body. Haye was the quintessential bad guy in February, just six months ago, yet he is now “welcome” to fight a Klitschko for a second time? Haye must be some good talker, that’s for sure. But there is still the matter of whether or not Vitali will opt to box again after he defeats Manuel Charr next Saturday (as he will do barring a monumental upset). If Vitali is elected in October, his political career would perhaps see an end to his ring career. Haye would also need a license from the British Board.

But from Vitali’s standpoint, the grudge-match could well be one he does his best to make happen. Can “Dr. Iron Fist” walk away from the ring having not had the opportunity to KO Haye?

Don’t be shocked if Klitschko-Haye II happens next summer!