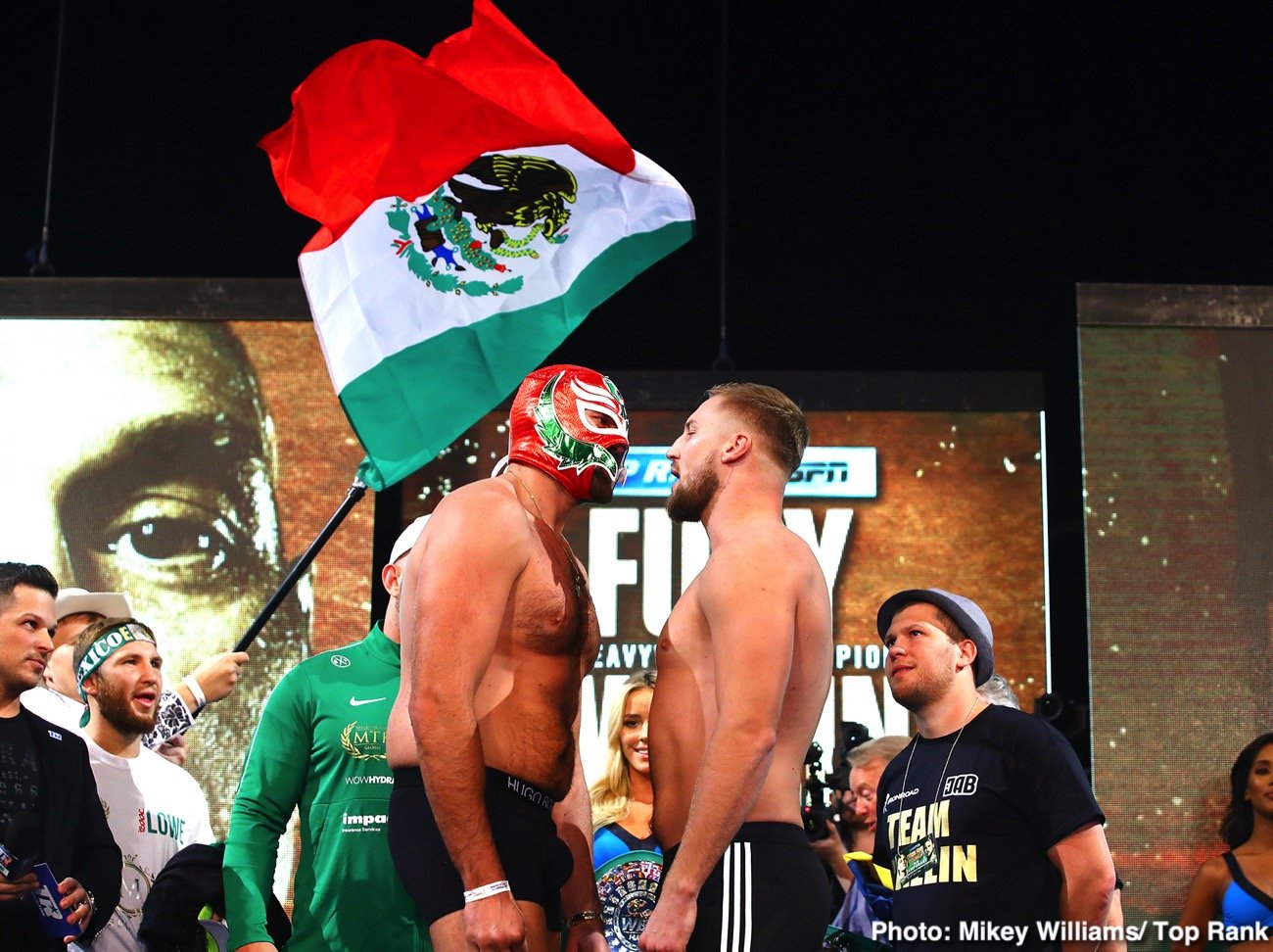 · An exciting undercard will kick-off an unmissable night of boxing, available for just £19.95.

Las Vegas’ T-Mobile Arena plays host to Tyson Fury’s showdown with the undefeated Otto Wallin on 14th September, as the Gypsy King returns to Sin City to defend his Lineal heavyweight title. Watch all the action from the fight, as well as a talented undercard featuring the likes of Emanuel “Vaquero” Navarrete exclusively live on BT Sport Box Office from 2am.

Fresh off the back of his convincing second round TKO victory over Tom Schwarz in June, Fury will be looking to secure the 29th win of his professional career with a win over Wallin (20-0). Wallin, the Swedish southpaw, is the former WBA Continental heavyweight champion: his most recent fight against American Nick Kisner ended in a no contest following an accidental clash of heads.

The exclusively live coverage on BT Sport Box Office will kick off at 2am with action from the exciting undercard including Emanuel Navarrete’s defence of his WBO super bantamweight title against Juan Miguel Elorde.

· Virgin TV customers should visit the On Demand section and choose Live Events.

· Customers in the Republic of Ireland can purchase BT Sport Box Office via Sky Sports.

· Viewers wanting to watch the fight online should visit www.bt.com/sportboxoffice and follow instructions to subscribe and watch on the web or on the BT Sport Box Office App, and customers can watch on the big screen using Google Chromecast and Apple Airplay.

· EE, Three and O2 customers watching online or via the BT Sport Box Office App can choose to add the payment to their mobile bill 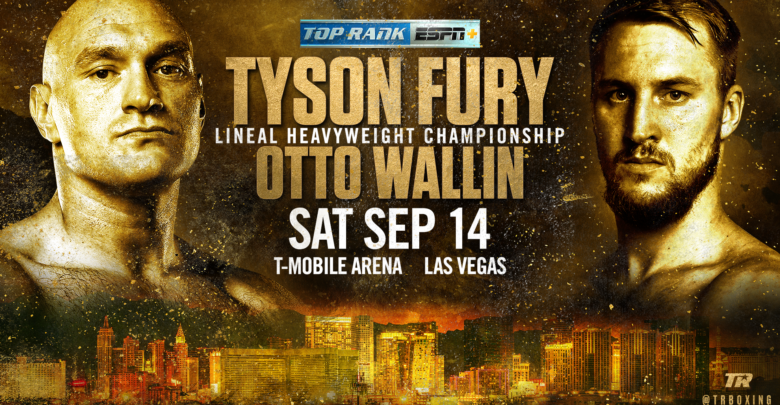 Top Rank on ESPN returns to Las Vegas, the Boxing Capital of the World, this Saturday, September 14 as Tyson Fury, a.k.a. “The Gypsy King,” defends his lineal heavyweight championship versus the undefeated Otto Wallin.

Fury-Wallin will stream live and exclusively in the United States on ESPN+, the leading multi-sport streaming service, with the two-fight main card to begin at 11:00 pm ET (undercards beginning at 7:30 pm). ESPN+ is available via the ESPN App on mobile and connected devices, on ESPN.com and ESPNplus.com.

ESPN’s official cross-platform coverage continues today highlighted by live coverage of the weigh-in on Max on Boxing, and a re-air of the Peter Berg-directed film, “HEAVY: Fury v Schwarz”, which premiered on ESPN last night and will re-air tonight at 11 p.m. ET/8 p.m. PT on ESPNEWS.