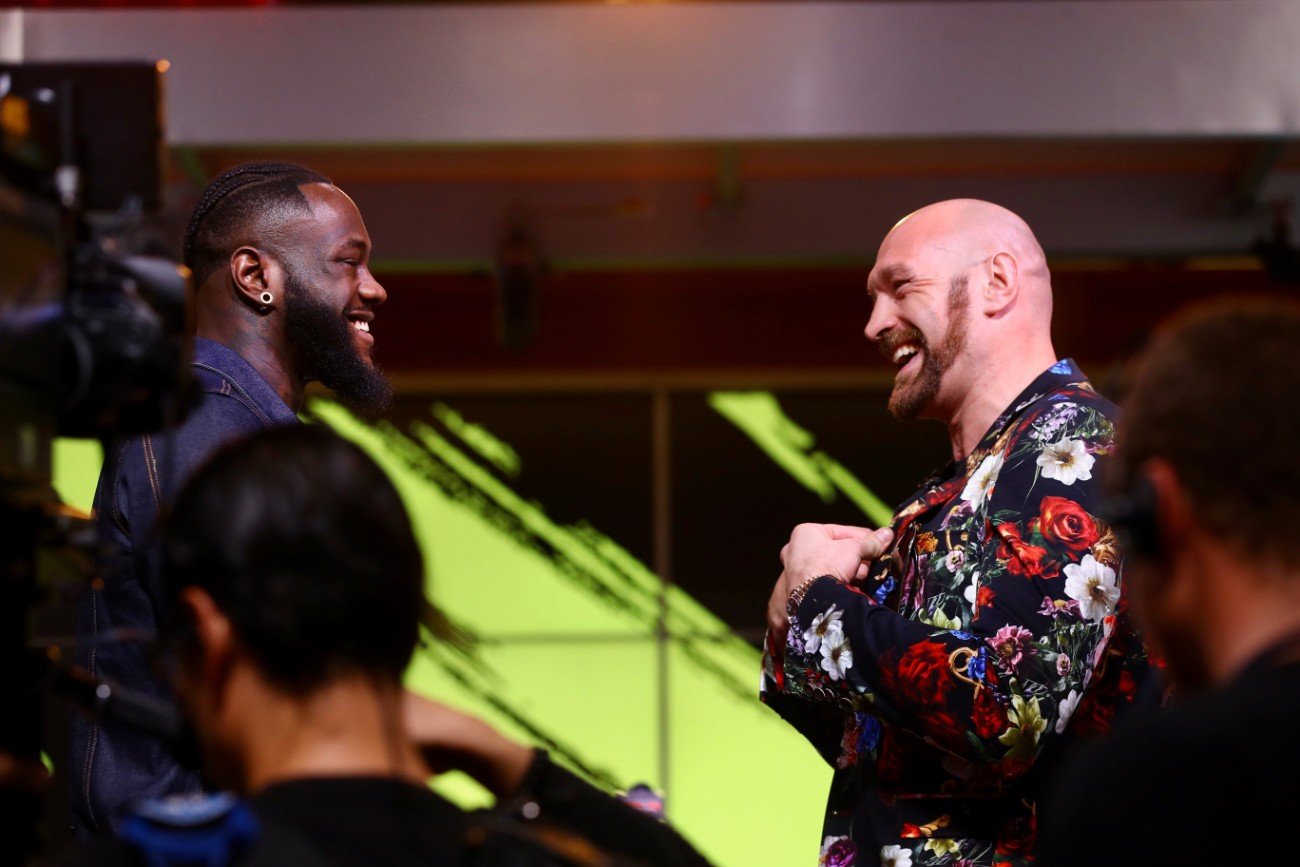 It seems we UK fight fans have seen the last of a £19.95 price tag attached to a big fight; with the fee increased to a standard £24.95. Back in December, the big Andy Ruiz-Anthony Joshua rematch was charged at the increased price, and now Frank Warren says it’s very likely the upcoming February 22 return fight between Tyson Fury and Deontay Wilder will be priced at £24.95.

To go out on BT Sports in the UK (at approx 5 a.m, so hardly prime time), the rematch of the dramatic December 2018 battle between the WBC champ and the proud claimant of the lineal crown will likely pull in good viewing numbers, even with the demand for an extra fiver. The price increase didn’t hurt Ruiz-Joshua II; instead the fight pulled in a reported 1.6 million buys on Sky Sports.

So how many UK fans will pay £24.95 to stay up until the wee hours to watch Wilder and Fury attempt to settle their unfinished business? Warren argues the Feb 22 rematch is a much better fight than the Dec. 7 return was.

“I would think the Tyson fight with Wilder will probably be the same as Anthony Joshua’s last fight,” Warren said to talkSPORT.com. “It’s a much better fight, isn’t it? I mean, come on, Ruiz and AJ, that was just the interest of the rematch. When he came in at the weight he did with all the blubber on him, from Ruiz’s point of view that was no respect to any of the fans. Tyson’s training like a trojan and the same with Wilder. So you know these guys will be on tip-top form. Whoever wins that fight is the best heavyweight in the world.”

Warren added how BT will not do as many PPV shows as rival Sky Sports do. So, will you fork out £24.95 to see if Wilder can KO Fury this time, or to see whether or not Fury can live up to his prediction and score a second-round KO win? You might regret having chucked up 25 quid if the fight did last less than six minutes.

Don’t expect Fury-Wilder II to do anything like the 1.6 million buys Ruiz-Joshua II managed, but the fast-approaching rematch will pull in at least respectable numbers here in the U.K. As Warren says correctly, the winner of this fight will be THE best heavyweight in the world.