Spinks was undefeated at 175, including a perfect 11-0 record in championship contests, where he made 10 consecutive successful title defenses. The only loss in his career happened in his last fight, when he was knocked out in round 1 by prime Iron Mike Tyson, who was arguably at his absolute peak on that night. 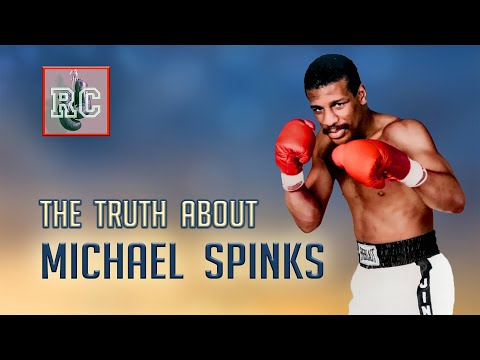 Unfortunately for Michael Spinks, that loss has largely defined his career in the eyes of many. It’s a bizarre thing that usually doesn’t happen. A lot of all time great boxers have ended their careers suffering knockout losses, and generally speaking, those losses tend to be put in the proper context and are forgiven and overlooked when it comes to critiquing all time greats at their best. But Michael Spinks seems to be one of those rare exceptions where that lone loss overshadowed all of his other outstanding achievements

In addition to the Tyson loss, to this day Spinks receives criticism from many fans who believe one or both of his victories against Larry Holmes were gift decisions. Indeed, when you look on boxing forums and various boxing groups across various social media platforms, the majority of times Spinks’ name is mentioned is making reference to the Holmes “robberies”, or more often it’s people downplaying Mike Tyson’s career defining victory, claiming his best win was against a “blown up light heavyweight”.

What is the truth about Michael Spinks?

This edition of Rummy’s Corner will attempt to provide some perspective and answer that question while taking a brief look back at the extraordinary career of Michael “Jinx” Spinks. Please watch and enjoy the video for one man’s opinion. This is Rummy’s Corner (written, produced and narrated by Geoffrey Ciani).