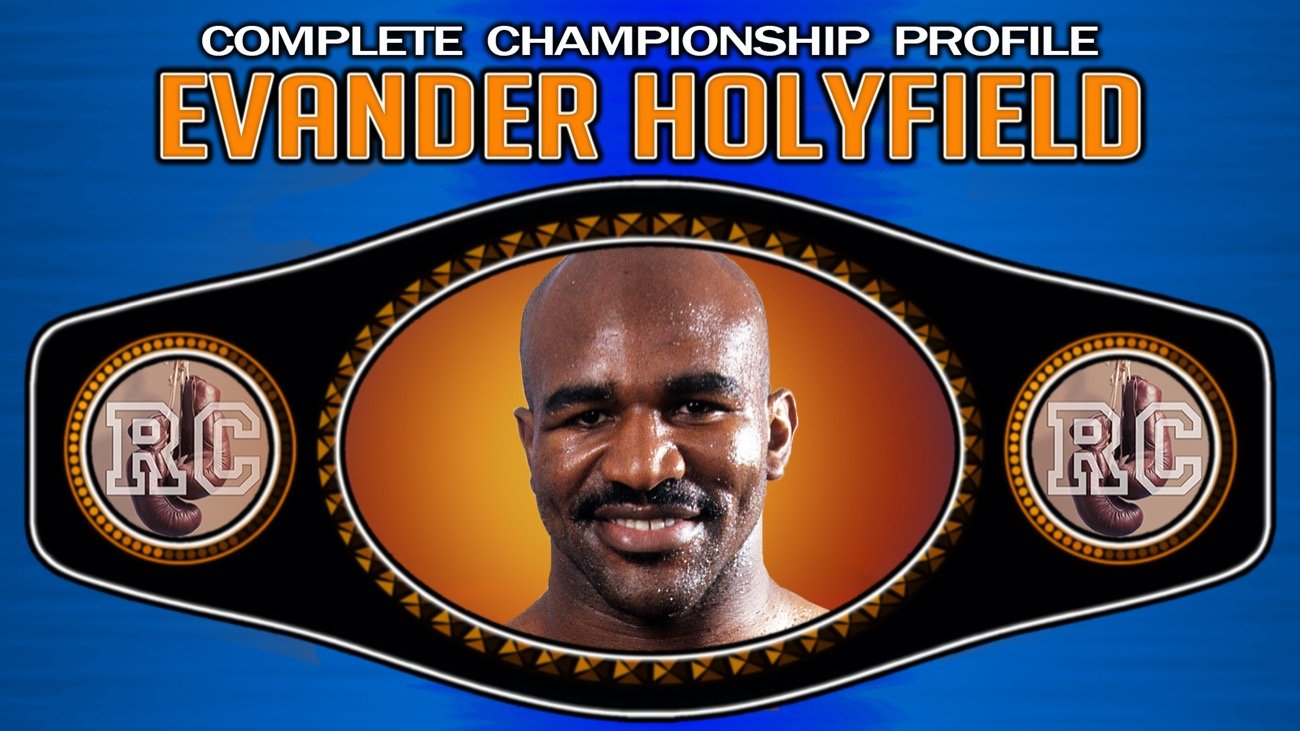 Evander ‘Real Deal’ Holyfield is widely viewed as one of the greatest boxing champions of all time, and not without good reason.

Holyfield made his pro debut on November 15, 1984. Holyfield took the fast track, and less than two years later he had built his record up to 11-0 before getting his first opportunity to compete for a major world title on July 12, 1986 when he faced WBA cruiserweight champion Dwight Muhammad Qawi. Holyfield defeated Qawi by 15 round split decision in a classic match-up, and this would be just the beginning of many high profile fights to come. Holyfield’s last chance at a title came more than 22 years later on December 12, 2008 when he unsuccessfully challenged WBA heavyweight titlist Nikolay Valuev.

During that 22 year stretch, Holyfield had a grand total of 25 championship contests. His final professional record was 44-10-2, with 25 wins coming by way of knockout, and with specific regards to championship fights, Holyfield finished with a final record of 16-7-2 with 9 wins coming inside the distance. Holyfield was in many memorable match-ups against the likes of Riddick Bowe, Mike Tyson, Michael Moorer, Larry Holmes, Lennox Lewis, and George Foreman just to name a few. Evander’s impressive Hall of Fame career was both long and illustrious, and he remains a favorite topic of boxing fans to this very day.

This edition of Rummy’s Corner will provide a brief chronological recap of all 25 world championship contests that featured the one and only Evander ‘Real Deal’ Holyfield. This is part 5 of a new ongoing series of Complete Championship Profiles. Please watch and enjoy the video!