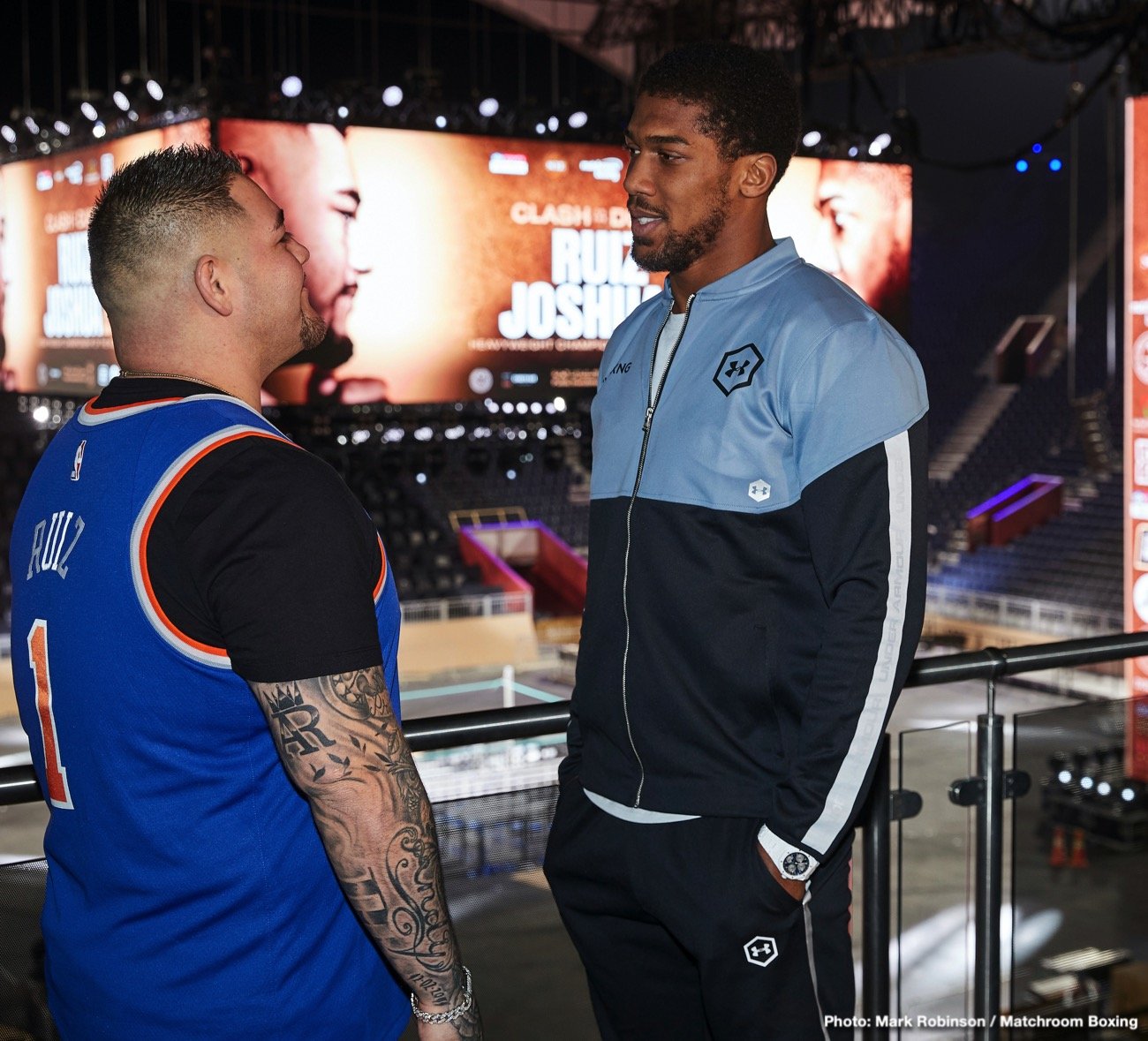 The rematch will take place in Saudi Arabia in a bout that will be televised in the United States by the relatively new streaming app service known as DAZN.

When Ruiz and Joshua first met back in June, the roles were reversed with Ruiz entering as the challenger and Joshua going in as the unified champion. The expectation going in was that Joshua would take care of business in his US debut against the late replacement challenger, but Andy Ruiz Jr had other plans and he scored a magnificent upset victory when he stopped AJ in the 7th round of their scheduled 12 rounder.

Their first fight was an action packed contest that became an instant classic. The bout happened on June 1 at Madison Square Garden in New York. Things began in tactical fashion, where Joshua seemed to be doing the types of things he typically does well. AJ looked comfortable to begin the 3rd, and early in the round he nailed Ruiz with a crisp combination that dropped the challenger. The series of punches was punctuated by a mean left hook, and Ruiz appeared to be hurt. Ruiz rose, and he bravely battled on, and he soon ate a monster right hand. Ruiz absorbed the shot, and he began trading with Joshua. Ruiz nailed AJ with some quick sneaky shots and the champion went down! The momentum had shifted abruptly. Ruiz would ultimately drop the champion 3 more times before the fight was ultimately waved off by referee Michael Griffin following the 4th knockdown.

So the big question is who will win the rematch? Can Ruiz Jr duplicate his winning efforts from June? Or can Joshua take back the championship that once belonged to him?

This edition of Rummy’s Corner provides a brief preview and prediction for the highly anticipated forthcoming heavyweight championship rematch. For one man’s take on the situation, please watch and enjoy the video.