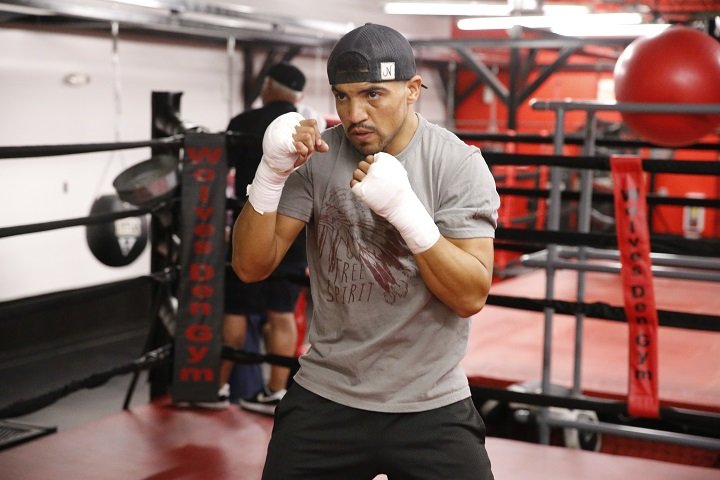 As fight fans may well have read or heard by now, former WBC welterweight champion Victor Ortiz turned himself into police custody yesterday when a woman accused him of rape. Ortiz is charged with forcible rape, forcible oral copulation and forcible digital penetration. The 31 year old is out on bail, the amount being $100,000.

Ortiz has been in trouble with the law before: back in 2015, Ortiz was arrested on suspicion of assault with a deadly weapon; Ortiz pleading guilty to misdemeanour battery and being sentenced to three years probation. In 2016, Ortiz was arrested for driving whilst under the influence of alcohol; this time Ortiz was sentenced to three months of probation. But now, with the rape charges hanging over him, Ortiz’ career may well have come to an end.

Where did it all got wrong for this one-time star of the future, the young fighter who won the ESPN Prospect Of The Year award back in 2008?

There must be something in a Marcos Maidana beating that sends a young fighter off the rails. It was back in June of 2009 when Ortiz, sporting a 24-1-1(19) record (the loss coming via DQ, Ortiz belting Corey Alarcon with a shot on the break in June of 2005), met the Argentine warrior in a big 140 pound clash that contested the interim WBA strap. A thriller ensued but Ortiz, who scored multiple knockdowns over Maidana but was knocked down hard himself more than once, was deemed to have quit in round-six.

In many ways, though he would become WBC welterweight champion later on in his career, Ortiz was never the same after the Maidana war. Much could be said of Adrien Broner who, like Ortiz, lost heavily to Maidana in his first big fight. Broner, also like Ortiz, soon ran afoul of the law (though not to the extent Ortiz has now done).

Ortiz won a great fight with Andre Berto in the spring of 2011 to become WBC champ, but his reign was short-lived. In his very next fight Ortiz was “sucker punched” by superstar Floyd Mayweather and he was KO’d in round-four.

Since then, Ortiz, 32-6-3(25) has boxed just seven times, winning three, losing three and drawing one. The Oxnard southpaw was to have fought John Molina Junior this Sunday evening (September 30), but with these terrible turn of events, it would be one huge shock if this fight were permitted to go ahead.

Ortiz, who last fought in February of this year, when he was held to a draw by Devon Alexander, may well have fought his last fight. In the ring, anyway.