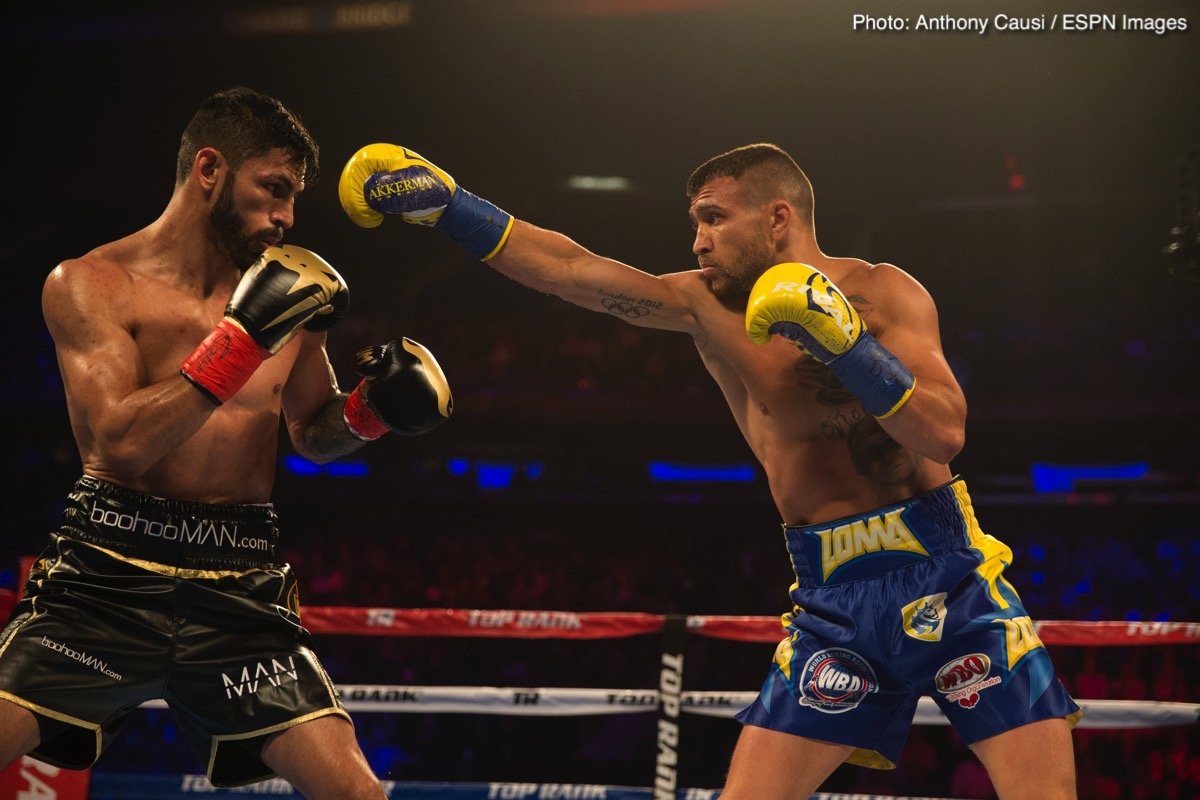 After recovering from the shoulder surgery that was needed after his brilliant summer win over Jorge Linares, pound-for-pound king and WBA/Ring Magazine lightweight champ Vasyl Lomachenko is all set to return to action in December. A news piece on RingTV.com has confirmed how Lomacehnko, 11-1(9) will face recently crowned WBO 135 pound champ Jose Pedraza at Madison Square Garden, New York on December 8th.

Industry sources told Ring that the fight will go ahead inside The Hulu Theatre at MDSQ Garden. Once again ESPN viewers will get to see the supremely gifted southpaw in action. Puerto Rico’s Pedraza, who upset Raymundo Beltran to take the WBO belt last month, has, according to promoter Bob Arum, a style that could “give Lomachenko a hell of a lot of trouble.” A champion at two weights (having previously held a belt at super-feather before being stopped by Gervonta Davis) Pedraza is a good boxer with plenty of experience, at both amateur and pro level.

Still, Lomachenko will enter the ring as a massive betting favourite. There could be a tiny bit of doubt in the Ukrainian warrior’s mind regarding the shoulder injury but this seems doubtful. By all accounts the surgery was a complete success and Lomachenko, who has been back in training for a while now, made a quicker than expected recovery. Arum has called Lomanchenko an amazing physical specimen.

He is also a quite amazing boxer. Though the bigger Linares gave “Loma” some problems before finally succumbing in the tenth-round – Linares even scoring a knockdown over Lomachenko – this was Lomachenko’s very first fight up at 135. Now more accustomed to the weight and ready to return, the man known as “HI Tech” will likely be looking to put on a dominantly impressive performance to remind fans he is the best boxer on the planet today.

Pedraza, beaten only by Davis, is both young and hungry for more success, but he faces a tough and frustrating night in December. As does any fighter who dares to get in there with Lomachenko.

The month of December looks like being a very busy one for boxing but for the purists, Lomachenko’s ring return may prove to be the highlight.