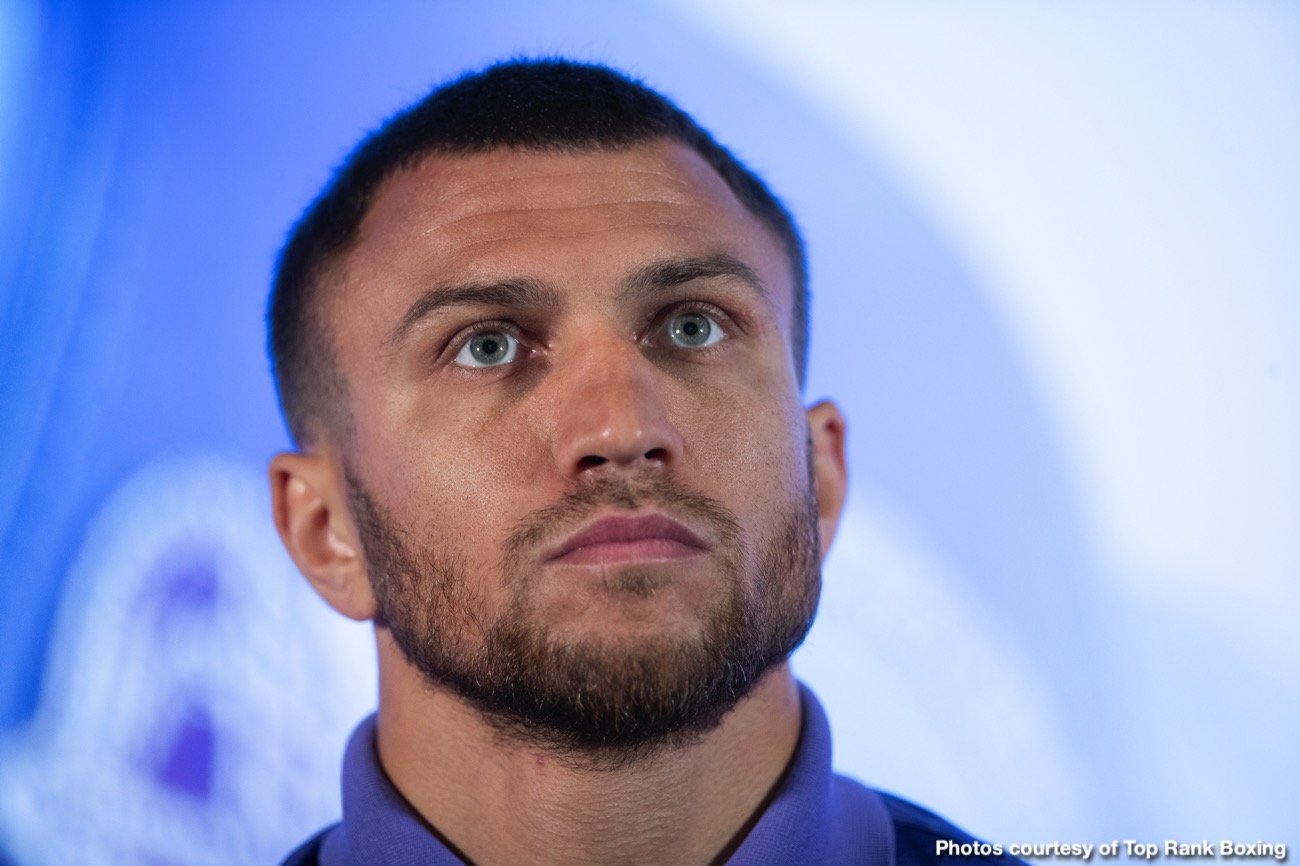 Originally scheduled for May 30, then postponed (due to you know what), the intriguing and potentially explosive 135 pound unification showdown between Vasyl Lomachenko and Teofimo Lopez will now perhaps go ahead on October 3rd in Las Vegas. Steve Kim of ESPN.com spoke with Top Rank’s Todd duBoef yesterday and this is now the target date for the fight; one of the biggest fights of this year.

However, the fight may have to take place with no live audience. “I’m not sure that fight happens with fans,” duBoef said. The fight could take place at The MGM Grand, in “the bubble” that Top Rank has used to host a number of fights recently. Lomachenko-Lopez could also be a pay-per-view fight. October 3 was originally the date for the third fight between Tyson Fury and Deontay Wilder, yet the latest on that is the heavyweight title fight could take place on December 19.
As far as the lightweight clash goes, Teofimo Lopez wants it bad. The unbeaten puncher who has the look of a future star, is convinced he has what it takes to down Lomachenko. Lomachenko wants the fight himself and, after all the trash-talk Lopez has come out with with regards to how he will get the big win, the pound-for-pound entrant is eager to silence Lopez and make him pay for his lack of respect. If this fight does go ahead with a limited at best live audience it will be a shame. This one is big, and with the postponement it has got even bigger, and fans want to be there live to see what happens.

Just what will happen when the young stud and the mature boxing master get in the ring? Lomachenko is the favorite to win in most quarters yet plenty of people feel this one will be a tough night’s work for the gifted Ukrainian.

Lomachenko is waiting to make Lopez pay for his bold words. Lopez is aiming to prove he is the best fighter in the world today. Hopefully, the fight WILL go ahead on October 3. We’ve been made to wait too long for this fight already.