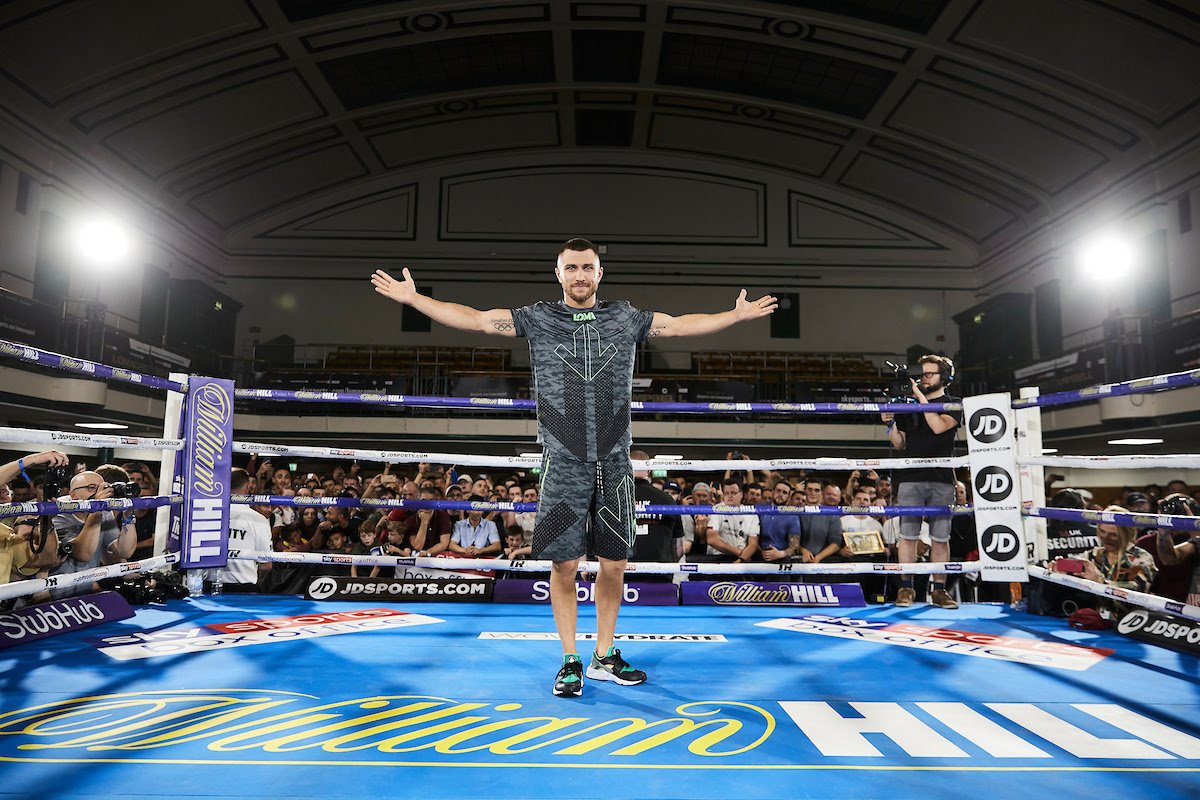 Vasiliy Lomachenko made his return to London’s historic York Hall, roughly six years since he fought there as part of the World Series of Boxing. Shortly thereafter, he turned pro and has been making history ever since.

York Hall was packed Wednesday evening, this time to watch Lomachenko and Campbell as they participated in a media workout. Three days before the biggest night on the British boxing calendar, this is what they had to say.

On the challenges Campbell presents

“Luke Campbell is a tall southpaw with a strong boxing IQ. I know I can’t look past a fighter with his skills. He won an Olympic gold medal and has had a lot of success as a pro.”

On making his UK debut as a pro

“I have wanted to fight in London ever since I turned pro. The fans appreciate my boxing style, and every time I’ve come here, they make me feel appreciated. Campbell is from the UK, but I feel very comfortable.”

On potentially unifying three of the lightweight world titles

“This brings me one step closer to my main goal of having all the belts. I want to unify all of the titles. That is my next goal in boxing. I have won titles in three weight categories, but I never won all four belts in a division. So, for me, Campbell is a very important name as I write my boxing history.”

“I want to make history. That’s the most important thing for me. When I turned pro, I wanted to win a world title right away, and I tied a record by winning a world title in my third fight. Now, I want to make a different {type of} history. Very few fighters have won all four titles. It would mean a lot for me to accomplish this.”

On training at home in Ukraine for this fight

“I trained at the Olympic Sports Centre in Kiev, and it was nice to train at home. We did not change much with my preparation, but I feel very good physically. The weather was good, and I am 100 percent ready for whatever Luke Campbell brings.”

“I’m feeling great at the minute. It’s a fantastic opportunity for me. I’ve got the best team around me and we’re all confident.”

“This is my time, this is my era and I’m really looking forward to Saturday night.

“He’s a great fighter and challenger. He’s earned his shot, he had a great performance last time, but I’m not Andrew Selby. I’m Charlie Edwards and I’m here to keep this title and push on.

“This is my time and no one is taking this title away from me. I am going to beat Martinez on Saturday night at The O2 for everyone at Sky.”

“Saturday night, we put it all on the line, We’re just going to box. You can talk a lot before the bell goes but I’m not the person to do that.

“We’ll see what happens, we have small gloves on, the better man will win. Inside the ring is where the talking is done, where it matters.

“When the pressure is on, the cameras are on, I enjoy it, pressure is good, it creates diamonds.

“We always keep stepping up, we deal with him [Ford] and see what’s next. Tune in and don’t blink.”

“They made a mistake bringing me over, I come to show up and show out.

“I’ll put it all in and give the fans a war, I’m not just here to get in rounds. I’ll bring fireworks, I come fast-paced in his face.”