Excellent sportsmanship, excellent boxing skills in an engrossing contest. And, unfortunately, one of the worst score cards ever handed in at the end of a world heavyweight title fight.

Tonight in Jeddah, Oleksandr Usyk made it a case of repeat as he again won a decision over a determined Anthony Joshua. Usyk, again too fast, too constantly mobile, and too clever for Joshua, seemed to have won a wide decision, yet the Ukrainian southpaw had to make do with a split decision, as Glenn Feldman had it, somehow, for Joshua. 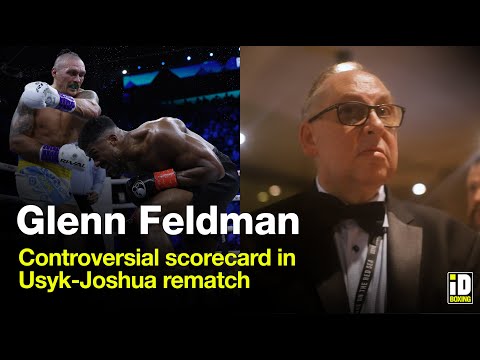 Usyk is now 20-0(13) and he retains his WBA/IBF/WBO heavyweight titles. Joshua falls to 24-3(22) and it is unclear where he goes from here. Joshua was upset and he temporarily left the ring, only to come back and deliver a passionate speech that was littered with foul language.

Joshua was better tonight in comparison to 11 months ago, his body work especially getting him some success, but Usyk was just a step ahead pretty much all night. With his uncommon engine and fitness, Usyk was never still, making Joshua work so hard to get set and then get set again. Usyk looked, to this writer at least, to be on his way to a near shut-out, before Joshua had a good ninth round, clearly his best of the night.

But it was not enough and Usyk took whatever Joshua did manage to get home and then he came back at the challenger. Usyk was far more marked up at the end of the first fight, and he again looked as though he might score the late stoppage win in tonight’s fight. Credit to Joshua for never giving up and for trying his best, but it wasn’t enough.

Despite the unacceptable scoring of one judge.

Post-fight, Usyk called for a fight with Tyson Fury, for all the belts, with Usyk saying that if he isn’t fighting Tyson Fury he “isn’t fighting at all.” But will Fury come out of his “retirement” to face Usyk? 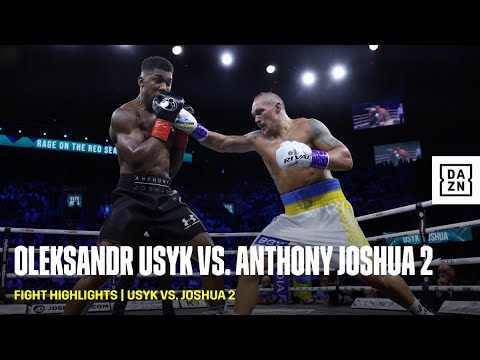