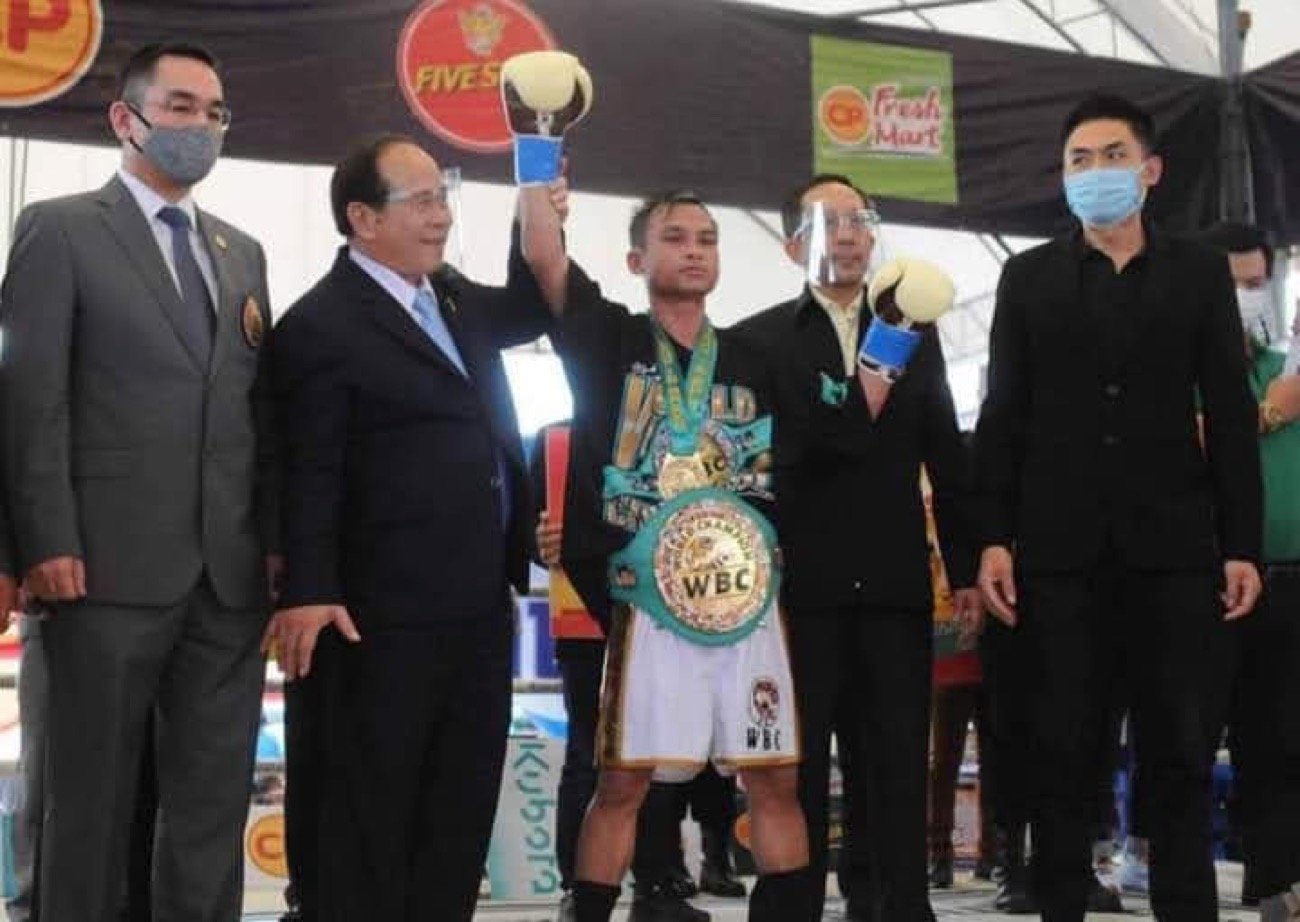 There was a big upset and the spoiling of a long, unbeaten record today in Thailand, as WBC minimumweight champion Wanheng Menayothin was outpointed by countryman Panya Pradabsri. Menayothin, who was looking for an incredible 55th straight victory, instead lost a unanimous decision and he falls to 54-1(18). The challenger started strong and outworked Menayothin. The defending champ rallied late to make the fight close but it wasn’t enough, with Pradabsri winning via three identical scores of 115-113.

Pradabsri, AKA Petchmanee CP Freshmart, is now a most impressive 35-1(22).

35 year old Menayothin was recently signed up by Golden Boy and he had quite recently become a fighter plenty of people were interested in, this largely due to his amazing record. A pro since January of 2007 and WBC minimumweight ruler since back in November of 2014, Menayothin was today making his 13th title defence. It’s a shame Menayothin – who announced his retirement from boxing some months ago, only to then change his mind – has lost, but it is of course a great achievment for Pradabsri.

The 29 year old lost a majority decision to Chaozhong Xiong in 2017, this being his sole setback at pro level. Now, with this big win on his record, the new WBC champion can perhaps look forward to more big fights and some good paydays. Very much an unknown quantity to most fans outside of Thailand before today, Pradabsri sure has a name now.

A return fight between the two men could perhaps happen, or maybe Menayothin will once again look at retiring from the sport. After such a long, long unbeaten run it could be tough for the 35 year old to be able to come again. We will have to wait and see.

For now, though, Menayothin has to go home and deal with something he has never experienced before: this the painful sting of defeat. Hopefully, for those fans who haven’t yet seen today’s fight, it will find its way to You Tube soon.