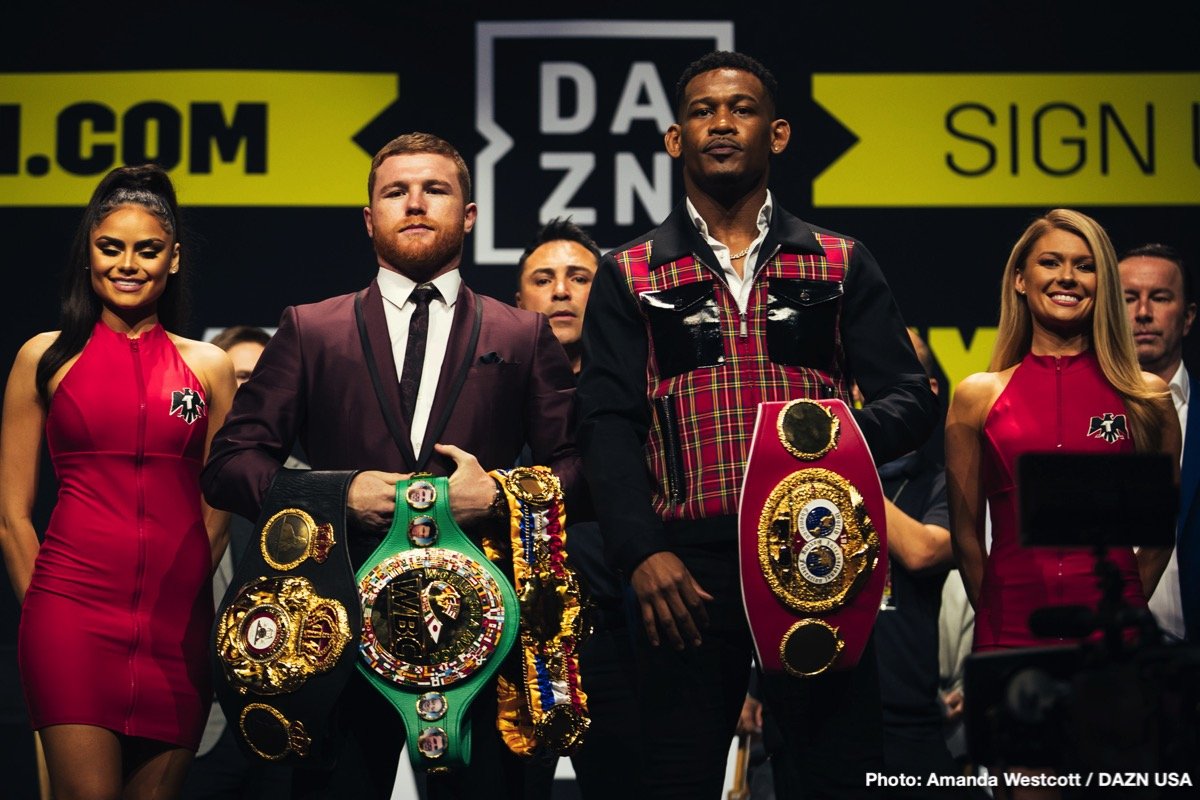 As part of this ongoing media partnership, UNINTERRUPTED will be producing a slate of content in the boxing space, elevating the stories of today’s most well-known boxers. “40 DAYS” will be widely distributed across several media platforms, debuting consecutive Tuesdays on UNINTERRUPTED’s channels, as well as on the DAZN platform and social media, and then each episode will premiere the following day on Univision, NBC Sports Network and a collection of popular regional sports networks including MSG.

The “40 DAYS” documentary title is derived from the grueling preparation for a prizefight that requires roughly eight weeks of Monday-Friday intense training. The first edition of “40 DAYS” will spotlight the build-up to the highly anticipated Cinco de Mayo weekend matchup between Canelo Alvarez and Daniel Jacobs. “40 DAYS” will be Executive Produced by LeBron James and Maverick Carter, in association with DAZN and Golden Boy.

“We’re partnering with DAZN to reach a whole new audience of global boxing fans that want to see another side to these athletes that has yet to be shown,” said Maverick Carter, UNINTERRUPTED’s CEO. “These documentaries will shine a light on the three-dimensional aspect of who these athletes are outside of the ring and empower them to tell their own stories as they prepare for some of the biggest moments in their boxing careers.”

As part of Canelo vs. Jacobs fight week, Maverick Carter, Oscar De La Hoya and DAZN Group Executive Chairman John Skipper will host a star-studded “40 DAYS” screening in Las Vegas on Thursday, May 2. Part one of the documentary will premiere on UNINTERRUPTED and DAZN on Tuesday, April 23, followed by part two on Tuesday, April 30.

“We’re thrilled to work with LeBron and Maverick on this partnership,” said Skipper. “They have a unique vantage point that allows them to understand both Canelo’s pursuit to be one of the greatest of all time and Jacobs’ dogged determination to reach the pinnacle of his sport.”

“These are exciting times for the sport of boxing, and this partnership between UNINTERRUPTED and DAZN is yet another example of that,” said Oscar De La Hoya, Chairman and CEO of Golden Boy. “This is excellent for the sport as it will provide the kind of unique lens that only LeBron James and Maverick Carter can bring. At the same time, there’s no better way for them to start this partnership than by featuring the most important boxing event of the year, so Golden Boy is proud to be a part of it.”

Canelo vs. Jacobs is a 12-round fight for the WBC, WBA, Lineal, Ring Magazine and IBF Middleweight World Titles presented by Golden Boy in association with Matchroom Boxing. The event is sponsored by Tecate, “THE OFFICIAL BEER OF BOXING” and Hennessy “Never Stop. Never Settle.” The event will take place Saturday, May 4, 2019 at T-Mobile Arena in Las Vegas and will be streamed live exclusively on DAZN.

Canelo is a 28-year-old native of Guadalajara, Jalisco, Mexico who became the top man in the sport by facing the best competition and making the best fights for the fans. At 154 pounds, Canelo captured several world titles and defeated the likes of Austin “No Doubt” Trout, Sugar Shane Mosley, Alfredo “El Perro” Angulo, Erislandy “The American Dream” Lara and Liam “Beefy” Smith. However, Canelo scored his most significant victory yet at 160 pounds, where he defeated Gennady “GGG” Golovkin in their highly anticipated rematch in September 2018 and established himself as the WBC, WBA, Lineal and Ring Magazine Middleweight World Champion. Canelo then made history by signing the most lucrative sports contract for an athlete in history to begin a groundbreaking, exclusive partnership with global sports streaming platform DAZN that saw the last king of pay-per-view boxing step into a new era as the new king of sports streaming.

Jacobs is a 31-year-old native of Brooklyn, New York who is widely considered as one of the best middleweights of this era. Despite being away from the sport for 19 months, due to a form of bone cancer that he courageously overcame, Jacobs rose up the middleweight rankings to win the WBA Middleweight World Title against Jarrod Fletcher in 2014. Jacobs made several successful defenses, including a thunderous first-round knockout of Peter Quillin the following year. Despite losing to Golovkin in a very close fight in 2017, Jacobs has remained undefeated since his return, defeating former amateur champion and middleweight contender Sergiy Derevyanchenko to capture the IBF Middleweight World Championship. Jacobs will look to capture more middleweight hardware in the biggest fight of his career.