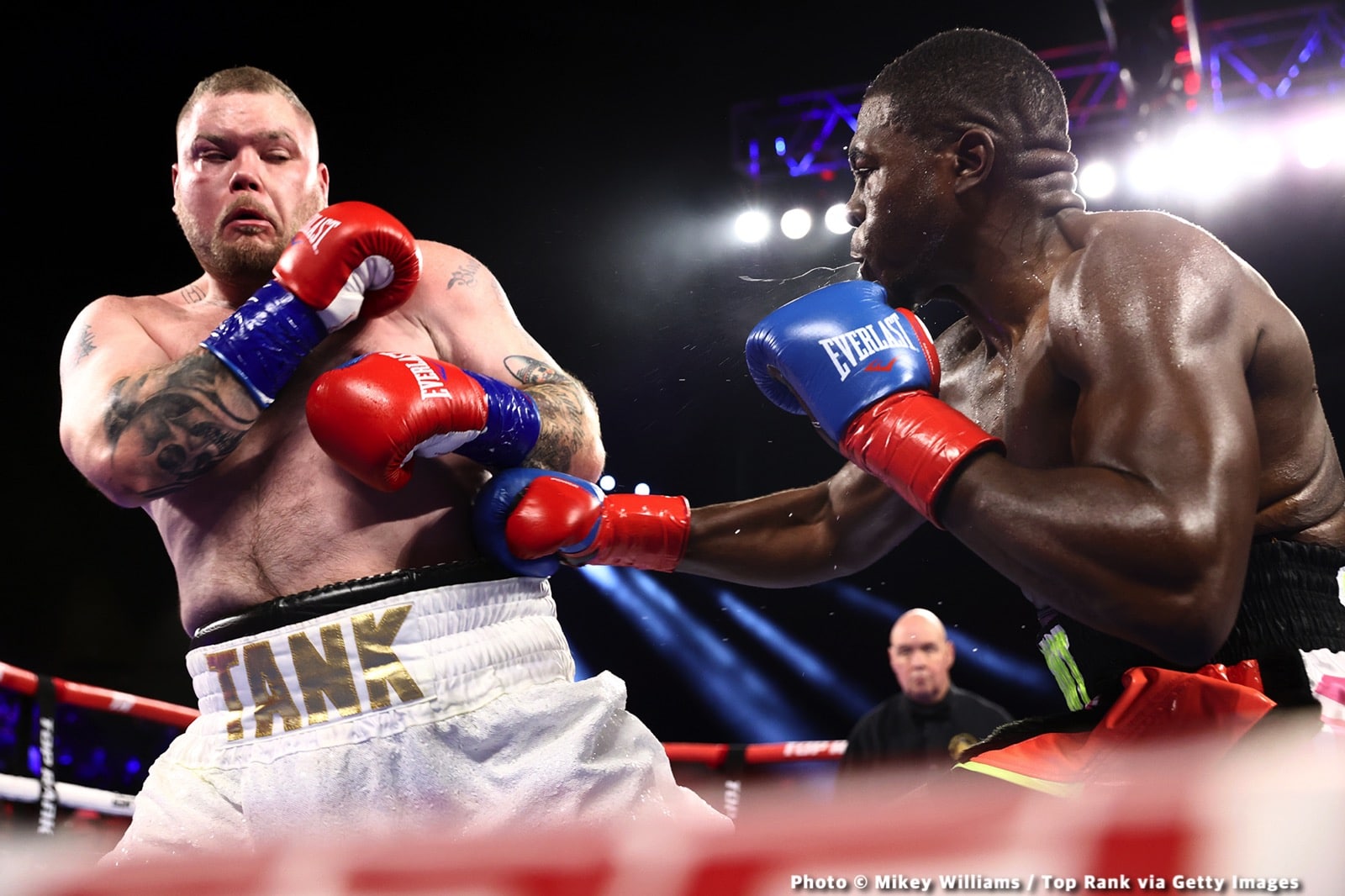 Last night at The Hard Rock in St. Louis, unbeaten heavyweight contender Stephan Shaw improved to 16-0(12) with an 8th round TKO win over a tough and game Joey Dawejko. Shaw, known as “Big Shot,” had things pretty much his own way as he was too fast and too accurate for the 31 year old who has been in with a number of big names (Jarrell Miller, Charles Martin, Bryant Jennings, Frank Sanchez).

After inflicting a good deal of punishment in rounds six and seven, Shaw was close to stopping Dawejko; who was instead allowed out for the eighth. But after landing more hefty shots in the 8th, Shaw prompted Dawejko’s corner to stop the fight. Dawejko, who was coming off a controversial stoppage loss to Zhan Kossobutskiy, and who also took last night’s fight at short notice, falls to 21-10-4(12).

Shaw, now co-promoted by Lou DiBella and Bob Arum’s Top Rank group, might just be the dark horse of the heavyweight division; the division’s best kept secret. The 29 year old has good power, he has undeniable skills – his combinations and his left jab being impressive, along with his slick defensive moves – and Shaw is hungry for the big fights. Shaw, from St. Louis, had just one fight last year and he aims to be far busier here in 2022.

This is how Shaw described himself when speaking with this writer a year or so ago:

“I’m a big puncher. I’m a devastating puncher with either hand. But I’m a puncher who chooses to box. I’m a defensive, offensive fighter. Most guys are one or the other. I try to incorporate both. The name of the game after all is to hit and not get hit.”

Shaw sure didn’t get hit too much last night. Here’s hoping the 6’4” contender is matched tougher this year. “Big Shot” may well be a future world champion. With his commanding win last night, Shaw became just the third man to manage to get the hard-as-nails Dawejko out of there in a fight. Dawejko, who was in the kind of shape one might expect from a heavyweight who was taking a fight on short notice, might be wise to think about calling it a career.