Tyson Fury says his December 3rd fight against Anthony Joshua is “officially over” after he failed to meet his self-imposed 5:00 p.m. deadline on Monday.

Last weekend, Fury gave Joshua an ultimatum that he needed to sign by Monday or else the fight is off. Earlier today, Fury let his fans know that 5 pm is the deadline for Joshua and that he wouldn’t be extending it.

“It’s official. D Day has come and gone,” said Fury on Instagram about Joshua missing the deadline. It’s gone past 5 pm Monday. No contract has been signed,” said Fury.

“It’s officially over for Joshua. He’s now out in the cold with the wolfpack. Forget about it. Idiot. Coward!”

“I always knew you didn’t have the minerals to fight the Gypsy King. Good luck with your career and your life.”

It’s thought that Fury will now turn his attention to fighting Manuel Charr next on December 3rd. It’s a fight that can likely be quickly be put together, and Charr would likely sign quickly, especially after seeing Fury give up on a lucrative fight against Joshua when he failed to sign when he set a deadline.

It’s hard to see whether Fury was ever serious about fighting Joshua because it doesn’t make sense for him to pull out of the fight when it’s one that will make him so much money.

With Fury, we don’t know what’s going on inside his head right now. It could be that he wants to make sure he gets to his February or March fight with Oleksandr Usyk in one piece.

Fighting Joshua would involve Fury taking a lot of heavy blows, and a victory isn’t guaranteed. Although Joshua is coming off of back-to-back losses to Usyk, it won’t be nearly as difficult for him to land his punches on Fury.

It’s weird, though, that Fury would give up on the Joshua fight so quickly because this is the fight that he wanted. It was Fury that was the one calling out Joshua for the December fight.

Now, after getting what he wanted, Fury is giving up because he failed to meet his deadline today. Fury probably had second thoughts about fighting Joshua and wants an easier fight against Charr that doesn’t involve him taking a lot of punishment. 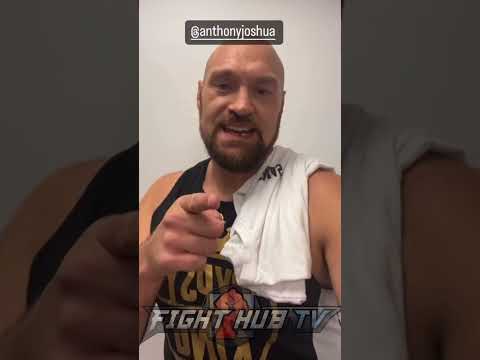