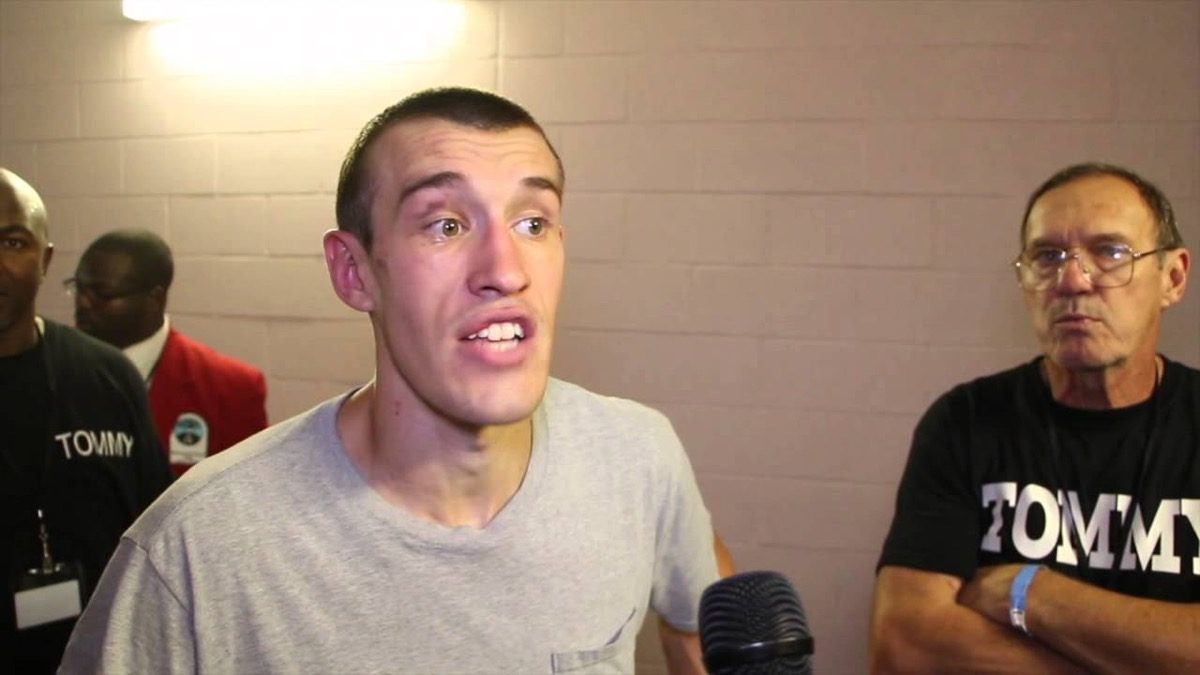 Exclusive interview by James Slater – Mexico’s Gilberto Ramirez, already a world champion at super-middleweight, where “Zurdo” has made five retentions of the WBO belt, wants a world title at light-heavyweight. The unbeaten 27 year old is eyeing a shot at Sergey Kovalev but first he will meet tough and experienced contender Tommy Karpency, on April 12 in Los Angeles on the Vasyl Lomachenko/Anthony Crolla card.

Karpency, 29-6-1(18) and like Ramirez a southpaw, has upset a big name before – see his October 2014 decision win over former light-heavyweight champ Chad Dawson – and in the following interview the 33 year old was kind enough to grant, he says he is aiming to defeat Ramirez and that such a result would likely earn him a fourth world title shot.

Here is what Tommy had to say about the upcoming fight at The Staples Centre:

Q: How much have you seen of Ramirez and how good is he?

Tommy Karpency: “I have watched over a dozen of Ramirez’ fights, many of them live. He’s 39-0 at the moment and he’s a very impressive WBO champion.”

Q: You are both southpaws, do you see any issues there?

T.K: “I believe this southpaw/southpaw match-up will be a very clean, technical fight. Orthodox versus southpaw bouts are more awkward and are inclined to having holding, head clashes and stepping on each other’s feet.”

Q: Has Ramirez made a mistake in taking on yourself in his move up to 175?

T.K: “I have over a decade of world class light-heavyweight experience. We will all find out on April 12 on ESPN at Staples Centre if I was the right or wrong choice for Ramirez.”

T.K: “Dawson was unbeaten in two fights with [Bernard] Hopkins and also in two fights with [Antonio] Tarver. He was also coming off a recent win when I beat him, also, Dawson went on to win multiple fights after his fight with me. Ramirez is of course 39-0 and in my opinion both he and Dawson are potential Hall of Famers. A win over Ramirez could lead to several plausible world title match-ups for me. A rematch with WBC champ [Oleksandr] Gvozdyk would be my first choice. I knocked him out in the first-round of our (July 2016) NABF title fight, but he was given 20-seconds to recover ad resume fighting. If Gvozdyk doesn’t wanna kiss the canvas again, I see potential title fights against Sergey Kovalev, Artur Beterbiev or Dmitry Bivol.”

Q: Have you been given plenty of notice for the Ramirez fight? You are always in shape of course.

T.K: “I have not left the gym since my last tune-up [fight]. I pride myself on being a consummate professional and I have always been prepared and at weight. There will be no excuses in this fight.”

Q: What type of a fight do you think it will be between you and Ramirez?

T.K: “I will be ready for either a chess-match or toe-to-toe war. After 36 pro fights and three world title fights, I am prepared for anything that happens in the ring. I am very excited to be fighting a current WBO world champ, on the ESPN platform, and I look forward to putting on a show for the 10,000 or so fans at The Staples Centre.”

T.K: “His height and reach is an obstacle but nothing that I haven’t seen before. Dawson, Gvozdyk, [Nathan] Cleverly and [Andrzej] Fonfara are all tall fighters that I have faced.”

Q: As you know, Adonis Stevenson, who you fought not too long ago, is still recovering from injuries he suffered in his fight with Gvozdyk. That fight showed how dangerous and how tough boxing can be.

T.K: “After our fight, for the WBC title, I spent several weeks in camp with Adonis in Montreal as he was preparing for his title defence against Thomas Williams. We were not just former foes in a world title fight and eventual sparring partners – we became personal friends. My daily thoughts and prayers are with Adonis, I wish him a full recovery.”