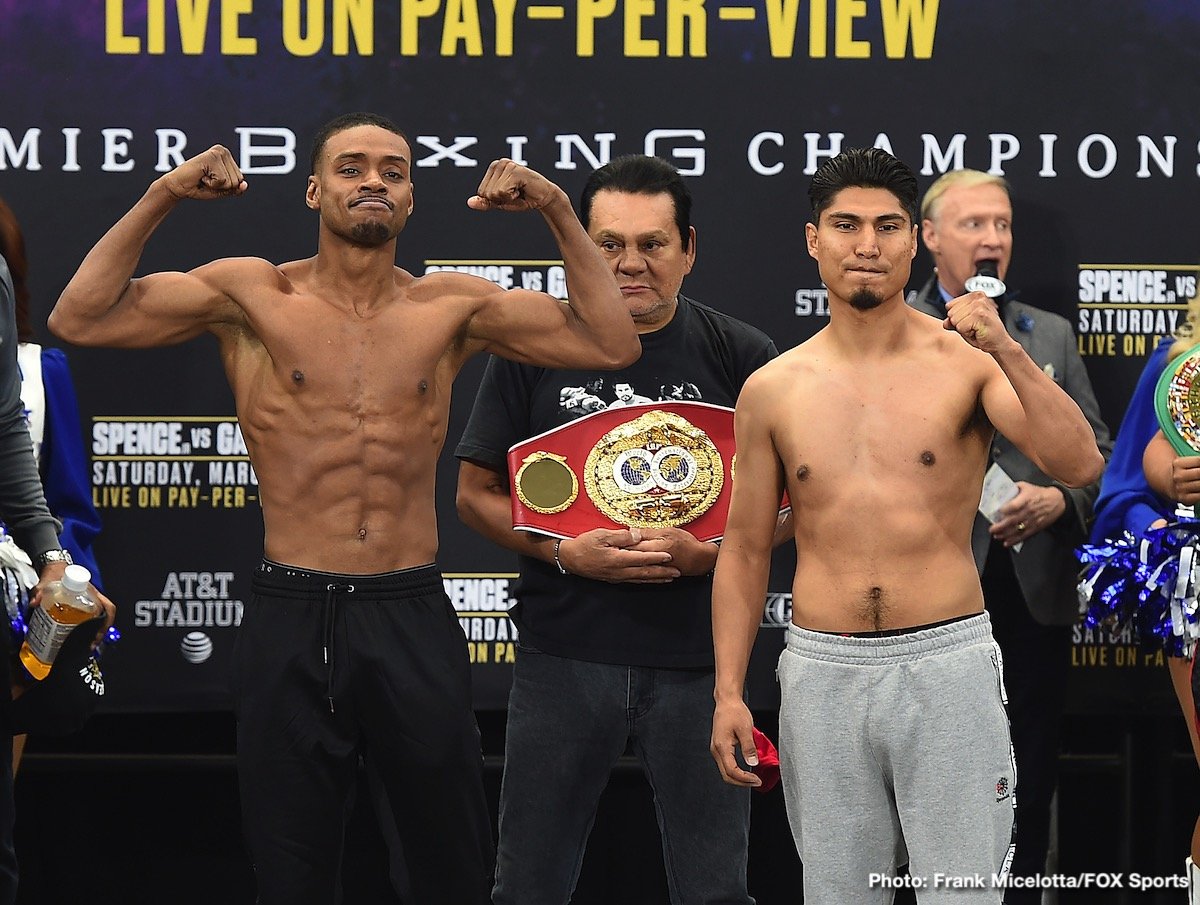 Saturday evening at AT&T Stadium in Arlington, Texas, IBF World Welterweight belt holder Errol “The Truth” Spence (24-0-0, 21 KOs) squares off against Mikey Garcia (39-0-0, 30 KOs) in what promises to be an interesting match. Spence, a 5’9 ½” southpaw, has an impressive amateur career and advanced to the quarterfinals in the 2012 London Olympics. A powerful, charismatic fighter, the twenty-nine year-old Spence excels at stalking his opponent into submission with impressive combinations.

The thirty-one year-old Garcia, current WBC and IBF World Lightweight Champion, is a well-rounded boxer-puncher who possesses strong fundamentals and daunting punching power. Garcia has displayed an ability to adapt in his bouts-skills he will need against the bigger, stronger and quicker Spence-especially with a four-inch reach disadvantage. Garcia recognizes his gamble in moving up to welterweight to fight the talented Spence for a title belt, but is confident his skills will allow him to do what other great fighters have done in lower weight classes by climbing up through the upper levels and succeeding (e.g., Oscar De La Hoya, Manny Pacquiao, Roberto Duran, Floyd Mayweather).

Some writers and fans of the Sweet Science believe Spence may be the next big draw in boxing, on a par with Floyd “Money” Mayweather, Jr., a superstar with worldwide appeal who can command huge pay-per-view numbers and inject excitement in the sport now that Mayweather has, sort of, officially retired. Spence himself has stated that a victory over Garcia will be a catalyst for “The Truth” to replace Mayweather as The Man of boxing.

This conclusion is premature to say the least on a variety of levels.

First, even if Spence does win, he faces formidable competition to be coronated as the next big star capable of carrying the sport. Other legitimate heirs to this throne include Mexican pay-per-view king Saul “Canelo” Alvarez (51-1-2, 35 KOs), the WBA super middleweight champ who arguably reigns as the pound-for-pound king of boxing. The revitalized heavyweight division also has three increasingly popular and charismatic champions-Anthony Joshua, Deontay Wilder and Tyson Fury-all of who have engaged in spectacular fan-friendly bouts in the last couple of years. Not to mention the enormously gifted Ukrainian WBA Super World Lightweight/WBO Super Lightweight champion Vasiliy “Hi-Tech” Lomachenko (12-1-0, 9 KOs) and American WBA Super World Super Featherweight titleholder Gervonta “Tank” Davis (21-0-0, 20 KOs.

Second, and more critical is the fact that Spence has yet to face the other incredibly talented fighters in his own division-Terence “Bud” Crawford (34-0-0, 25 KOs), Shawn “Showtime” Porter (30-2-1, 17 KOs) and Keith “One Time” Thurman (29-0-0, 22 KOs). Crawford possesses exceptionally fast hands, fantastic power and defensive and an ability to comfortably slide between fighting orthodox to southpaw style. Porter is another tough hungry welterweight known for his destructive pressure fighting style, physical strength and exceptional work rate. Meanwhile, Thurman-who defeated Porter via unanimous decision in 2016 in a thrilling match-wields fast hands and is considered one of the hardest punchers in the welterweight division.

Third, and most important, is that it’s no lock that Spence defeats Garcia. Though the odds favor Spence since bigger fighters usually prevail over smaller ones aiming to gain success at the next weight level, Garcia is far from a dark horse candidate. Garcia is a four weight divisional champion with thirteen title fights, and, four world titles in two weight divisions in the last two years. Garcia’s experience and his camp’s belief that Spence has holes in his style that Garcia can exploit make it difficult to predict who will emerge victorious Saturday evening in Texas.

Spence needs to get past Crawford, Porter and Thurman to make good on his claim that he is the heir apparent to Mayweather, Canelo, et al. Look for an exciting, action-filled bout between two men at the top of their game, with Spence likely to prevail due to his size and strength advantage. On paper, at least…. 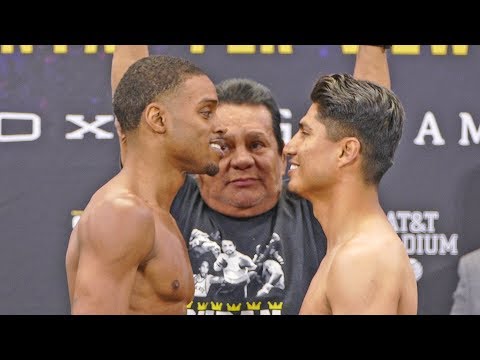