Tommy Fury posted on social media on Thursday letting unbeaten cruiserweight Jake Paul know that he’s looking for him and wants to set up a fight.

The unbeaten light heavyweight Tommy has been calling Jake out since last month, but he’s not getting anywhere.

Fury might have had a chance to fight Jake if his promoter didn’t float the idea of a 50-50 split. When Jake heard that Tommy wanted a 50-50 deal, he laughed at him and made it clear it’s never going to happen.

The unbeaten 22-year-old Fury (5-0, 4 KOs) was with his big brother Tyson Fury in Miami, Florida, saying flown across the globe to search for him.

Jake is in what appears to be a holding pattern, waiting for the outcome of his brother Logan Paul’s eight-round exhibition against Floyd Mayweather Jr next month on June 6th.

If Logan loses that fight, Mayweather is expected to fight Jake next. That would be a massive payday for Jake and obviously much more money than he would make facing Tommy Fury.

“Jake Paul is the biggest b*** ever. I’ve flown halfway across the globe to Miami,” said Tommy Fury on Instagram.

“I’ve searched high and low on every side street for him, and he’s nowhere to be seen. So Jake Paul, grow a pair of balls and come and see me and get it on, you b****,” said Tommy. 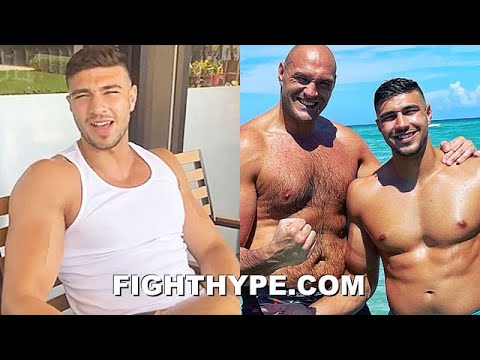 What’s kind of sad is that Jake Paul’s professional resume is arguably better than Tommy Fury’s, and that’s terribly troubling.

It would be a bad idea for Tommy to face a guy like Jake because it would be too much of a step up in class from the godawful opposition that he’s been fighting as a pro.

A knockout loss for Tommy Fury would potentially wreck his career ambitions. On the other hand, the money that Tommy would make would be enough for him to live a comfortable life of a wealthy millionaire.

Unfortunately, Tommy brings nothing to the table as far U.S boxing fans go, and he’s got an ugly fighting style. He’s a runner, and that’s not the type of opponent that Jake would likely be interested in fighting.

“Jake Paul, you’ve been talking mad s***, dog, ‘MMA fighters don’t want to fight you,’ and that you can’t fight nobody to fight like you’re the big bad wolf,” said Tyron Woodley on social media.

“Now it’s time to fight. You calling out everybody but me. I want real smoke; I’m a real champion. So if you want to fight, fight me.

“Don’t go asking around for the easiest fights for the most money. I see what your games are, now you’re exposed.

“I’m available, I’m free, I’m able to sign the dotted line to get this s*** cracking. If you want to fight, let’s get it on. If you want to keep doing the Disney channel s***, then that’s on you,” said Woodley.

As you can see, Tommy Fury isn’t the only one pining away for a fight against Jake Paul. UFC fighter Tyron Woodley sounds needy as well. 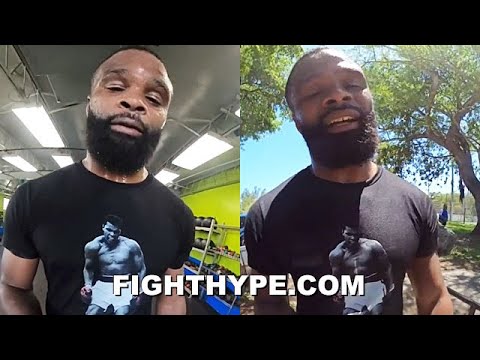