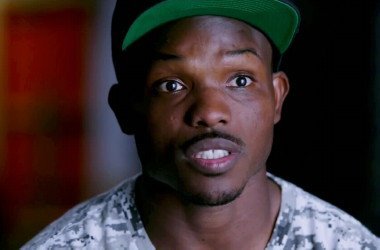 WBO welterweight champion Tim Bradley has issued a warning to IBF champ Kell Brook not to underestimate roughouse Argentine Diego Chaves in October, claiming the champion ‘doesn’t know what he’s in for.’

Brook fights Chaves on October 24th in his Sheffield backyard – on the Sky Box Office platform – and has been met with an unenthusiastic reception to the contest from fans keen to see him in the big fights against top names, as promised repeatedly by promoter Eddie Hearn.

Bradley – who has a November date with Brandon Rios – fought current IBF #4, Chaves to a disputed draw in December of last year in a fight that most felt him unlucky to lose.

“Diego Chaves is underrated,” Desert Storm said. “He has had a few opportunities and came up short but the guy can box and he can fight on the inside. He has good power in both hands and Chaves can mix it up.

“I think it’s a tough fight for Brook but if he can get him out of there then Brook is something special, I can tell you that much.”

For all his skill set, Bradley is not a noted puncher and Brook being able to stop him, while impressive enough, will not necessarily be as special as Tim makes out – besides that job has already been completed by Keith Thurman, who floored Chaves en route to a 10th round stoppage a little over two years ago when Diego was something of an unknown quantity.

Since that time Chaves got himself slung out and DQ’d against Brandon Rios 13 months ago in a foul-fuelled fight, though again, Rios is not a big welterweight like Kell Brook or Thurman are and began his career at 130.

“Chaves gave Keith Thurman problems, he gave myself problems and he was giving Brandon Rios problems too,” Bradley continued. He’s a great fighter and I think it’s a dangerous fight for Kell Brook.”

Brook allegedly has one eye on a fight with Bradley for 2016, although discussions for an October date fell flat when Bradley allegedly priced himself out beyond what Hearn and Matchroom were prepared to pay to get him to fight in the UK again. [he previously fought Junior Witter here in 2008].

A much discussed fight for Brook with Rios also fell apart over financial minutiae as Hearn seeks to build Brook on PPV in the UK against – what for now has been ‘lesser’ opposition -or at least, those prepared to take what Matchroom are offering financially. This is despite previously promising to deliver the elite divisional names for the champion.

The Sheffield fighter will be out again in December in what Matchroom plan to be the 4th defence of his title this year. It’s unlikely the opposition for that fight will be anything to write home about either given the turnaround time. Brook boxed mandatory challenger Jo Jo Dan in February before blitzing the over matched Frankie Gavin in May – and one just hopes the talented Sheffield fighter can have a better 2016.