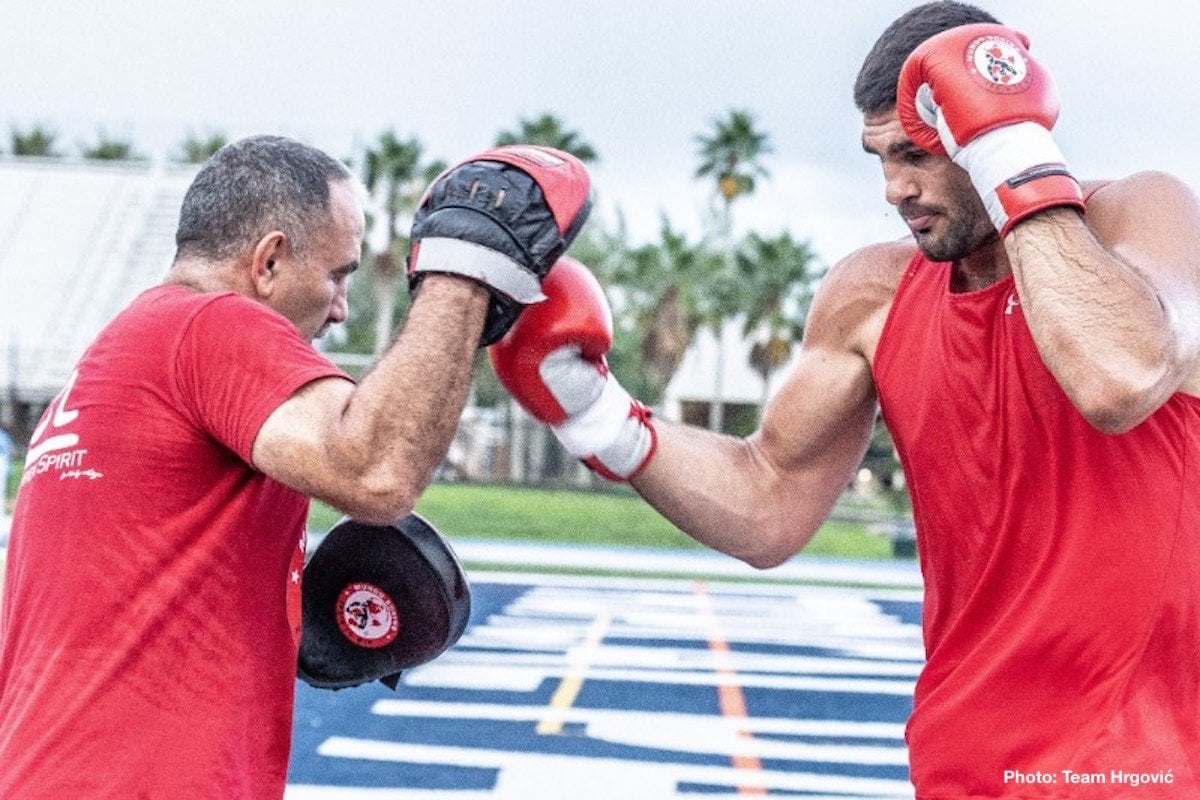 The Rio 2016 Olympic Bronze Medallist, has spent the last two months in Miami training with Diaz in preparation for his WBC International Heavyweight title fight with Amir Mansour at the Arena Zagreb on September 8.

Diaz is one of the most decorated coaches in recent history. Starting his career with the Cuban national team, he enjoyed significant success in the amateur ranks guiding his countryman to 20 gold, 6 silver and 3 bronze medals across 4 Olympic Games from 1992 and 2004.

Q: How did you come to start training Fillip?

PD: Filip was recommended to me by his manager, who was looking to reinforce his coaching team and bring in a professional with experience at a high level.

Q: How have you found traingin him so far?

PD: Everything has been going well and we decided commonly that he should stay in Miami for two months to prepare for his upcoming fight.

Q: What do you believe are Filip’s greatest attributes as a fighter?

PD: Filip is a true champion, he is obsessed by the sport and is very quick to take things on board and follow advice. He has the perfect abilities to go far.

Q: Do you believe he has the potential to become a future World Champion?

PD: Without a doubt he has the perfect combination of power, agility and intelligence to become the best fighter in his division.

Q: What must you do in order to bring out that potential and take him to the top?

PD: I will not go in specifics, but it is just to reinforce some technical skills and improve his positioning.

Q: Is there anything in particular you have been working on/ looking to improve since linking up in Miami?

PD: We’ve been working all aspects of the game from technical aspects to mental and strength, before entering in any specific workouts. The first part was more about assessing his potential and now we are working on molding the diamond.

Q: You train a number of top fighters – how does Filip fit in with the rest of your training group?

PD: I’m happy to have the chance to work with top level athletes from all different countries. They all have the same will and passion for the sport that we all commonly share. Thus, Filip fits perfectly in that team and got along very well from the first day with the rest of the “Family”.

Q: As a coach you have enjoyed a lot of success in both the amateurs and professional ranks, what do you think is the secret of your success?

PD: Passion, Dedication, focus and hard work are the key success. I devoted all my life for my athletes and the sport of boxing. There is no magic recipe. I just try to stay humble and keep myself open to others.

Hrgović, the rising star of the heavyweight division, faces his toughest test against American Amir Mansour in a battle for his first major title. Having previously walked to the ring to ‘Geni Kameni’, Hrgović and the fans inside the Arena Zagreb can now look forward to Thompson performing their hit song live.

“It will be a great honour to have Thompson perform Geni Kameni while I make my way to the ring,” says Hrgović. “It will give me even more motivation to defeat Mansour and claim the WBC International title for Croatia.”

“We’re delighted to confirm that Thompson will be performing as part of our massive fight night at the Arena Zagreb on September 8,” said Nisse Sauerland, promoter for Team Sauerland. “They will provide a electric atmosphere for Filip Hrgović as he prepares to face Amir Mansour for the WBC International title.”

“It will be a special moment for the Croatian people when Thompson warms up the crowd for our heavyweight gladiator Filip Hrgović,” says Zeljko Karajica, CEO of 7Sports, the sports unit of the ProSiebenSat.1 Group and Managing Director of the operating event agency MMP Event GmbH. “We expect a performance as exciting outside the ring as we will later see from Filip inside it.”

Filip Hrgović faces Amir Mansour for the WBA International title on September 8 at the Arena Zagreb. Tickets start at 110 KN and are available online www.eventim.hr.