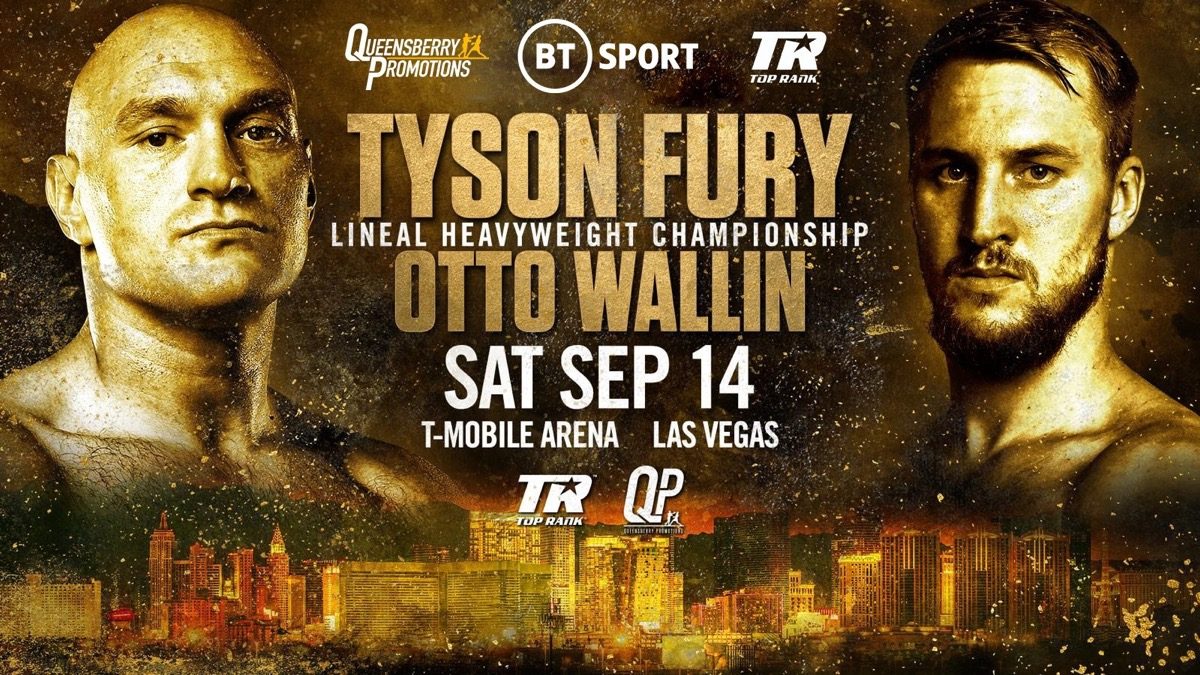 Eddie Hearn isn’t the only person who is amazed, stunned, aghast at how this Saturday night’s fight between Tyson Fury and largely unknown Swedish heavy Otto Wallin is a pay-per-view offering (£19.95 for UK fans, the fight, a mis-match in the eyes of many, available on BT Sport). In fact, who, if anyone, really, honestly believes this fight is worthy of a Box-Office fee?

This is what Hearn had to say to IFL TV yesterday, just after that quite explosive and expletive-laden Dereck Chisora/Josh Taylor-Regis Prograis press conference:

“Look at Fury’s fight this Saturday. No-one even knows he’s fighting,” Hearn said. “ESPN and Bob Arum are having an absolute stinker because this fight is non-existent. Non-existent. There will be no-one in the arena, other than comp tickets. I mean, Fury’s a genius, because he’s done this big deal (with ESPN) where he’s just having all these easy fights. But his profile is going [down] like that because no-one even knows he’s fighting. It’s on Box-Office in the UK – are you mad! Imagine if I put this on pay-per-view – you’d have me up by my nuts.”

Again, it’s tough, in fact almost impossible, to disagree with Hearn. Fury had one of the easiest fights of his career last time out, against another unbeaten but largely unknown and untested European fighter in Tom Schwarz, and here he is again, with his second gimmie on ESPN. The buy-rate for the Schwarz blow-out was very poor, and this Saturday’s fight seems destined to do even worse. Honestly, who among UK fight fans has a real desire to stay up until something like 5am to watch Fury-Wallin AND have to pay a substantial amount of cash to do so?

You guys in the U.S who have access to ESPN (maybe in a bar, or in the home of a friend if you don’t have ESPN yourself) really do have things better when it comes to this particular fight. Even then, will you watch the fight, for free as it were? This one really is a poor fight, especially for a proud fighter like Fury who loves to tell anyone who will listen he is both the best heavyweight on the planet and the lineal champion.

We’d better get that promised Fury-Deontay Wilder fight next, that’s for sure. But even here, Hearn has his doubts. Let’s hope they turn out to be unfounded.