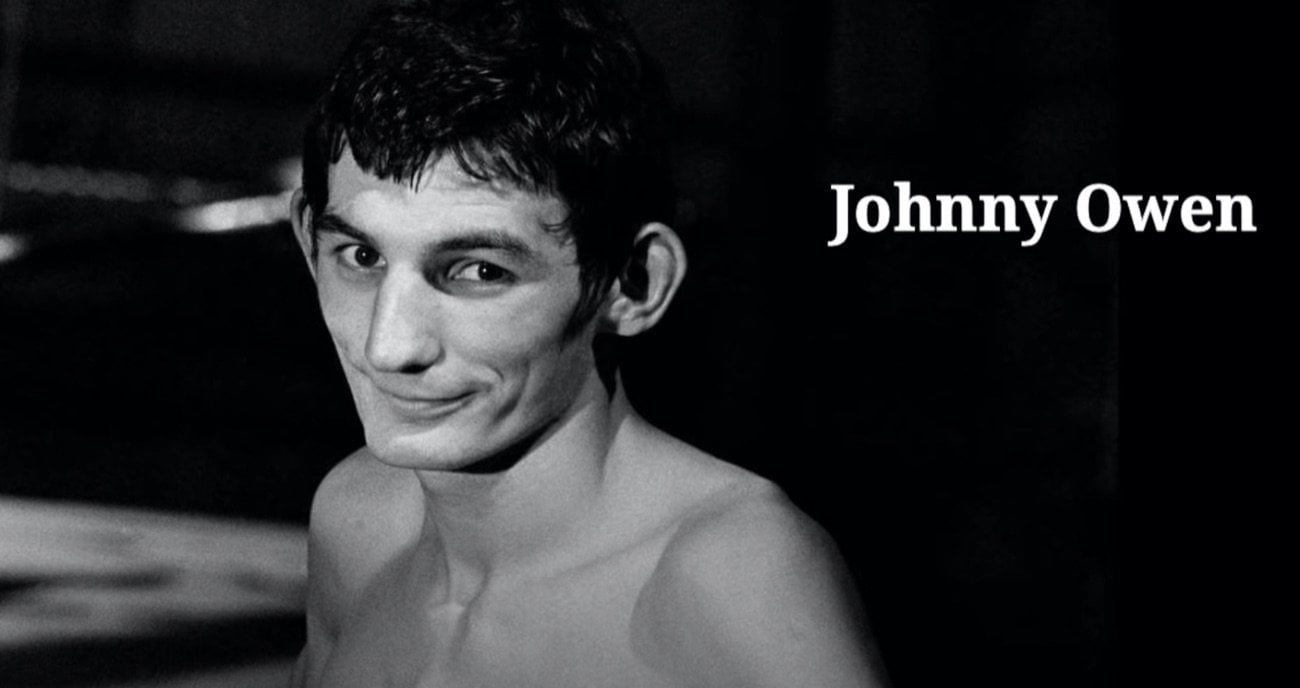 The year 1980 produced what can only be described as a brutal mix of emotions for fight fans. That November, we saw an unimaginable sight: that of the super-tough and fearless Roberto Duran throwing up his hands and quitting against Sugar Ray Leonard. This was just too much to take for the Duran fanatics. That shocker came a month after boxing fans were forced to witness the simply awful beating Larry Holmes had no choice but to give Muhammad Ali.

Ali, the greatest of the greats, had nothing left but his pride and a need for money. Ali could have been killed that night in Las Vegas, and to this day plenty of people wonder how the already brain damaged Ali was allowed to fight Holmes. Instead of a heavyweight tragedy, it was a slender young man from Wales who became the tragic figure the, ‘let’s ban boxing brigade’ would point at in late 1980.

Johnny Owen, “The Merthyr Matchstick,” didn’t even look like a fighter. Painfully thin, this taking into account the fact that Johnny was a bantamweight, Owen was also strikingly pale-skinned. He looked emaciated, fragile. Yet he had the heart of a lion, that and fine, fine boxing skill and talent. Painfully shy outside of the ring, Owen let his fists do the talking. Trained and cornered by his father, Johnny made his dad proud. Owen, who had a long amateur career and went on to win the British, Commonwealth and European bantamweight titles, also made all of Wales proud.

Owen never had things handed to him in the ring. In his March 1979 fight with Juan Francisco Rodriguez, which was contested in Spain, Rodriguez failed to make weight yet was still allowed to defend his European title. Owen lost a 15 round split decision inside a bullring that evening, the 15 round majority verdict that went the Spaniard’s way recognised soon after as one of the worst robberies in boxing. Owen would get his revenge, and his hands on the belt, in a return that took place in Wales a little under a year later.

One more win followed, a June 1980 decision win over John Feeney that saw Owen retain the British and Commonwealth titles. This win led the 24 year old into a world title shot. Johnny would make the long trip to Los Angeles to face the mighty Lupe Pintor. What followed continues to make grown men cry all these years later.

Pintor, who had beaten the great Carlos Zarate to win the WBC belt (in a close and debatable decision), was far thicker-set than Owen (almost any lower-weight fighter you care to mention was), he hit harder and he was a hero in L.A. Pintor was widely expected to go clean through Owen, like he wasn’t even there. Instead, after having experienced the nastiest and most intimidating “welcome” any visiting fighter could be unfortunate enough to have cold-sweat nightmares about – riot police outside the Olympic Auditorium, a filthy dressing room, a hate-filled ring walk – Owen took the fight right to Pintor.

It was a hard fight, an action fight. Owen had not in any way frozen. Instead, he was willing to trade with Pintor, not try and pull off a hit and move victory. It proved costly. Owen was winning rounds, for certain, but Pintor had opened a nasty cut on his lip and Johnny was bleeding profusely; he was also swallowing a lot of blood. Owen pleaded with his father not to stop the fight, stating how he was so close to capturing the title. The fight raged on. Pintor put his challenger down in the ninth, Owen being badly hurt by a hefty right hand. The tiny Welshman beat the count too quickly. He never dreamed of quitting.

Then came the fateful 12th round.

Pintor knocked Owen down twice, firstly with a straight right hand, and then with a short, nasty hook. Owen was out the instant the shot landed and his legs buckled in a disturbing manner, Johnny falling agonisingly slowly to the canvas.

“The final knockdown is arguably the single most disturbing image in British boxing history; I have watched it for you and listened to the men that were there talking about it. It will never leave you if you watch it,” Bunce wrote for The Independent in 2017.

What came after the fight had ended was sickening. A stretcher carried Johnny’s stricken body away, his corner-men doing their best to get through the ugly mob. Cups filled with urine and beer were disgracefully hurled at Team-Owen, their pockets picked by savages who had earlier masqueraded as boxing fans. Sadly, Johnny never recovered, remaining in a coma until passing away, some month-and-a-half and two brain surgeries later, on November 4th aged just 24.

Pintor was suffering himself. Reports say the Mexican warrior was inconsolable after what had happened, wanting to fight no more. Johnny’s family urged him to carry on and he did so. In 2002, a statue of Johnny Owen was erected in Merthyr Tydfil. Lupe Pintor flew to Wales to unveil it.