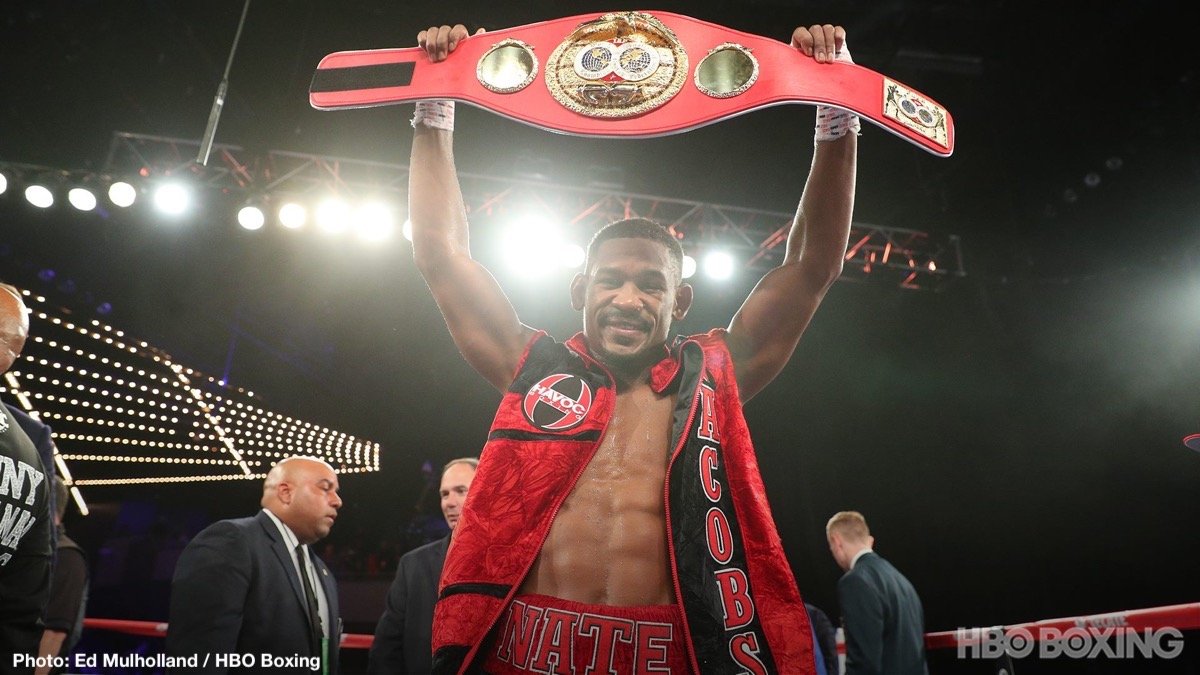 Danny Jacobs is the latest 160 pound fighter to claim a major piece of the middleweight pie. No less than five men have won a version of the middleweight crown with big wins this year. Last night it was Jacobs’ turn as he fought hard, scored a flash knockdown and won an exciting 12-round split decision over an unbeaten Sergiy Derevyanchenko. Now the IBF ruler, Jacobs might be the fighter fans look at one of the best middleweights on the planet, maybe the best.

But this year, in what has been a very competitive time for the traditional weight class, we have seen other coronations. World champ Canelo Alvarez reached the very pinnacle in September when he beat Gennady Golovkin in another excellent fight, while before that Jermall Charlo won the interim version of the WBC title with a crushing stoppage win over Hugo Centeno, while last week Rob Brant won the WBA belt with an upset win over Ryota Murata, and the previous week Demetrius Andrade became WBO ruler with a lopsided, knockdown-filled decision win over Walter Kautondokwa.

Too many belts, maybe, but these fine fighters all add up to make for a great, and highly competitive weight division. Just who is the best? Some fans may point to the man who no longer holds any belts but, in their view, has never really lost a fight – GGG. Is Triple-G still the best fighter in today’s middleweight division? As for Canelo, the man who dethroned GGG, he is off up to 168 next and who knows if he will come back down or not. Jacobs, though, wants a piece of Canelo next, and this fight could happen some time in 2019.

The other various belt-holders: Brant, 24-1 (but unbeaten as a middleweight), Andrade, 26-0 and Charlo, 27-0 all want very much to have the opportunity to prove they that are number-one. Add it all up, and we fans should be in for some great match-ups and quality fights over the coming months.

Some potential big ones that could conceivably be made over the next 12 months include: Canelo Vs. Jacobs, Golovkin Vs. Jacobs II, Brant Vs. Golovkin, Canelo Vs. Charlo, Andrade Vs. Canelo and of course Canelo-Golovkin III. Canelo is the main man in terms of star quality and as far as being the man the other guys want to fight for the monster payday, so it is to be hoped the Mexican superstar does drop back down to 160 after December.

That way, we just might get an undisputed middleweight king some time in 2019. But with all those belts being held by all those fighters, it really would take some doing.