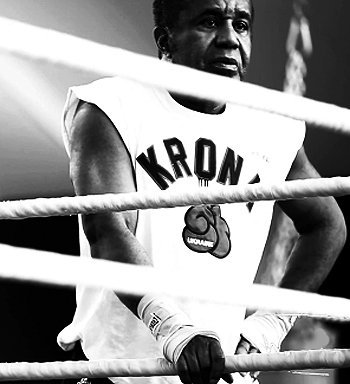 by Geoffrey Ciani – The sport of boxing lost a remarkable individual when Hall of Fame trainer Emanuel Steward passed away yesterday at the age of 68. Steward of course was an outstanding world class trainer, a tremendous commentator and analyst, and an overall great ambassador for the sport that he loved. But with Emanuel, his total contributions to boxing were far greater than the sum of its parts. His passion and enthusiasm endeared fans, boxers, and fellow trainers alike. He possessed a very unique gift that enabled him to enhance the entire boxing experience for a whole community dedicated to the sweet science in varying capacities.

With his vast wealth of knowledge, experience, and a proven track record of success, Emanuel Steward was undoubtedly one of the greatest trainers the sport of boxing has ever seen. In fact, he trained and/or managed 41 world champions during his illustrious career, and this included two of the longest reigning heavyweight champions in history: Lennox Lewis and Wladimir Klitschko. His long celebrated success was largely the result of his incredible boxing mind. Steward was simply masterful when it came to developing a sound fight plan that would give his boxers their best chance at victory. He also had an exceptional ability when it came to fine-tuning the existing strengths of a given fighter. This was important. Emanuel never tried to implement a complete stylistic overhaul. Instead he worked with what he had in front of him and always stressed the importance of fundamental basics, which included good balance and working behind a solid jab. This was essential to his philosophical outlook as a trainer.

But his greatness as a trainer was not just limited to his wisdom, preparations, and training techniques. Steward possessed a pronounced personal touch that acted to greatly enhance his technical approach with fighters. Not only did he genuinely care for his pupils, but he also had that ‘certain something’ which enabled him to motivate them, especially when they needed it most. It was not just a matter of saying the right things, but rather when he said them and how he said it that enabled him to get his boxers to react and execute. Whether it was him urging Wladimir Klitschko to step up and score a knockout prior to the final round of his bout against Eddie Chambers, or telling Lennox Lewis that he needed to “take it to the streets” when he was losing the early rounds with Vitali Klitschko, Steward knew his fighters well and could make them respond.

In recent years Steward was best recognized and most visible to fans in the capacity of HBO’s Expert Boxing Analyst. Emanuel was quite good when it came to breaking down the more technical aspects of the fight game in ways that were easy to understand for casual fans. His prefight analysis would always provide some interesting food for thought, and he was often quick at identifying subtle shifts in momentum as the action played out on our television screens. But yet again, Emanuel’s proficiency as a commentator was not just limited to his knowledge, experience, and ability to accurately depict the action. His personality exuded passion, and this enabled fans who never even met him to easily identify with him. For example, anyone who tuned in to the April 2011 contest between Victor Ortiz and Andre Berto surely remembers an overwhelmed Emanuel exclaiming, “Oh my God!” immediately after Ortiz dropped Berto only moments after Victor himself was floored. This was Emanuel. This single moment personified everything it means to be a boxing fan. He was not just an analyst and a commentator. He was a fan himself, just like rest of us! It was therefore very easy for viewers to feel as if they knew the man, because in a very real sense they did. This type of enthusiasm he often displayed was unrehearsed and spontaneous. It was real. It was vintage Emanuel.

In order to help promote the health and wellbeing of boxing, Emanuel launched a series of boxing clinics in July 2010 intended to teach his philosophy of basics and fundamentals. The clinics were primarily directed towards trainers and amateur boxers, but were also attended by professional prizefighters, conditioning coaches and nutritionists, gym owners, boxing officials, and even fans. For Emanuel, this was a means by which to pass on his vast wealth of knowledge acquired throughout his involvement of the sport which had spanned nearly sixty years. While each clinic covered a variety of topics including basics, footwork and balance, hand wrapping techniques, rules and regulations, conditioning, diet and nutrition, and things of that nature, the part Emanuel always enjoyed most was the Q&A sessions. This is where everyone just relaxed and got a chance to speak and listen, laugh, and have a good time while Emanuel answered a wide range of questions and shared some behind the scenes stories with those in attendance.

It is no surprise at all that Steward savored that part most. This was merely an extension of who he was. He loved talking to fans about boxing. He loved boxing.

I have heard numerous accounts from fans absolutely delighted when telling their story of how they got the chance to meet Emanuel and talk shop, and these were often not quick discussions, but rather in depth conversations between people with a shared affection. Emanuel was first and foremost a big time boxing fan, and it showed. This is why he made such a great ambassador for boxing. He was always in touch with the common views regarding the current landscape, he had a great understanding of the business of the game, he always told like it was, and he had the utmost respect for the fans who made it all possible. It also never hurt that he had an extremely likeable personality which the average fan could relate to. He was a natural.

For my part, I am deeply saddened by the loss of Emanuel. I was fortunate enough to be afforded the privilege of interviewing him and speaking with him on many occasions. From firsthand experience, I can say without hesitation that he is the kindest man in the industry I have ever encountered, always eager to help and enthusiastic to share his views and insight. With his rich experience at the highest level, and his detailed methods of providing opinions, recalling past events, and telling stories, it was always very interesting to hear what he had to say. He was the one person in boxing who always made me feel as if I was involved in something special when we spoke. He was a great inspiration for me personally.

In order to honor Emanuel’s legacy and his lifetime of achievements in boxing, this will be the first in a series of articles chronicling his extraordinary career and tremendous impact on the sport. Boxing has just lost one of its greatest whose name shall forever live on in the annals of boxing history.

My thoughts and prayers go out to Emanuel’s family, friends, loved ones, and the entire Kronk community.

You were one of a kind Emanuel and boxing will dearly miss you!

I would like to give a special thanks to Paul Ferguson for his help.