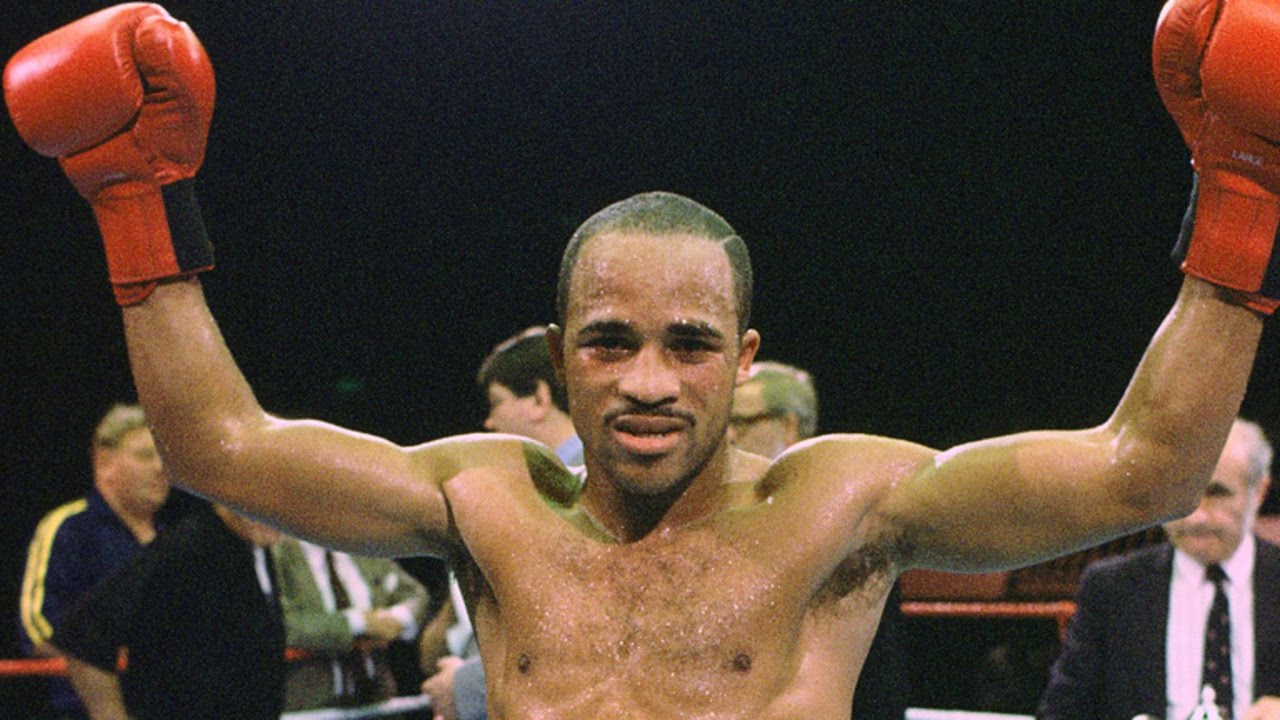 British great Lloyd Honeyghan won the welterweight crown with a monumental upset, and “The Ragamuffin Man” lost the title in an upset that so devastated him he strongly considered retirement from the sport. As all fans remember, Honeyghan, a whopping 8/1 underdog at the time of the 1986 fight, tore through Don Curry, roughing up the defending champion and proving too unorthodox and too physically strong for the unified 147 pound king.

Honeyghan, after dropping the WBA belt due to his political beliefs, set about defending the two 147 championship belts he still held. Johnny Bumphus was defeated, as was Maurice Blocker, and then Gene Hatcher was wiped out. Then, with talk of a possible super-fight with Sugar Ray Leonard ringing in his ears, Honeyghan suffered a defeat absolutely nobody saw coming.

Vaca, a replacement for Bobby Joe Young (whom the BBB of C rejected as a suitable challenger), was ranked No.4 by the WBC and the veteran of 48 pro fights (six losses, one draw) got his first shot at a world title. Vaca, who had held the Mexican welterweight title for some time, did have a good win over Saoul Mamby on his record, as well as a win over another former champion in Pipino Cuevas. Still, Vaca was as big an underdog as Honeyghan had been when the British hero challenged for his first world title.

As it turned out, only the WBC title was at stake, this due to how the BBB of C refused to sanction 15 round fights, which was still at the time the duration of IBF world title bouts. The fight took place on October 28th, 1987, the venue Wembley, London.

Honeyghan, 31-0, didn’t look right from the start. Caught by far too many punches by a composed and steady Vaca, Honeyghan even tried switching to southpaw (it was later revealed how he had entered the fight with an injured right hand). There were some close rounds, and Honeyghan was the aggressor in most of them. Still, Vaca was landing the eye-catching work, staggering the defending champ on more than one occasion.

Then, in round eight, the two cracked heads, with Vaca emerging with a nasty cut around his right eye. The action was halted and Honeyghan was docked a point, this despite the fact that the clash had been nobody’s fault. The fight was over, the result to be decided by the completed score-cards. Vaca was ahead by scores of 67-65, 67-65 ad 67-66. Honeyghan was devastated. It was later revealed how he had been so down he considered calling it a career.

Instead, just five months later, Honeyghan-Vaca II was on. The IBF belt had been declared vacant after Vaca’s stunning upset win, but Honeyghan wanted revenge no matter what belts were on the line. The rematch was all over in three brutal rounds, as a relentless Honeyghan smashed the living daylights out of his tormentor, winning by KO at the end of round three.

Honeyghan was now a two-time champ. Around the corner, however, a certain Marlon Starling was waiting.

Bigger Than Buster In Tokyo? Where Would A Yildrim Win Over Canelo Rank In Terms Of Boxing's Biggest Shocks?
Follow @eastsideboxing