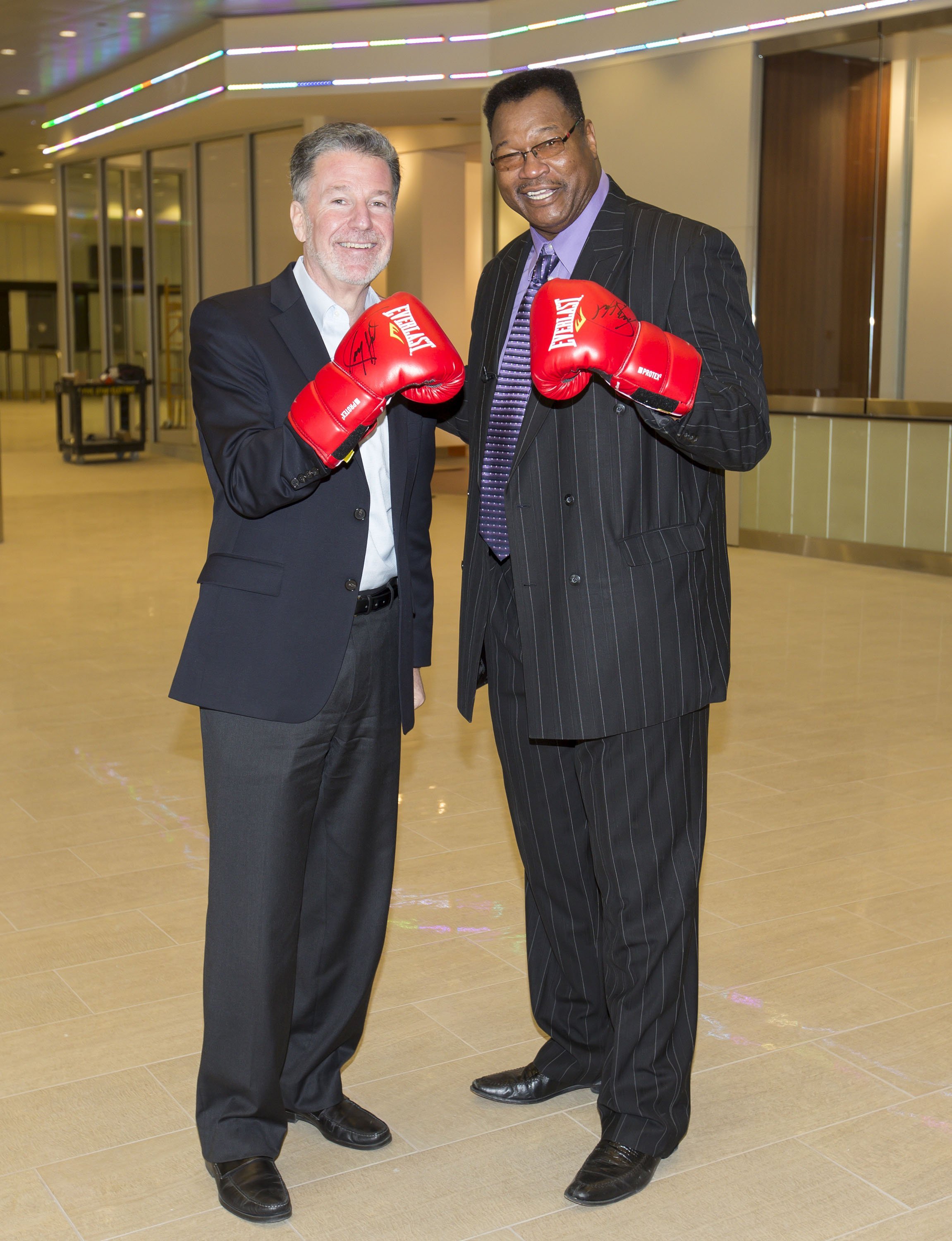 Heavyweight legend Larry Holmes celebrates his 72nd birthday today. Arguably the greatest living heavyweight (you may pick George Foreman, or maybe Lennox Lewis), Holmes was a fantastic fighter in his prime, and even beyond.

For many experts, Holmes had the finest left jab in the history of the division (some argue Sonny Liston’s jab was better, others still say Joe Louis had the best jab of any heavyweight). But Holmes had so many other attributes: chin, stamina, power, desire and, perhaps his most famous asset – truly incredible recuperative powers. Throughout his long and distinguished career, Holmes earned the utter respect and admiration of his critics, and he did it the hard way.

Holmes, who had some real wars in the ring yet managed to win them, was able to somehow fight back from apparently unavoidable disaster in some of these fights – where Holmes, digging astonishingly deep, pulled out a win many a lesser fighters would never have been able to manage. Again, Holmes had plenty of fine attributes as a fighter but the manner in which he got up and/or came back from being hurt really did make him special

Who can forget the Holmes-Earnie Shavers (rematch) fight of 1979? Making the fourth defence of the heavyweight championship he had won by defeating Ken Norton in an all-time classic, Holmes met the murderous punching Shavers for a second time. Holmes was boxing well, picking up points and seemingly on the way to a repeat decision win over the shaven-headed slugger. But then, in round-seven, Shavers cracked Holmes with a savagely placed right hand of a bomb to the jaw. Holmes went down in a heap, looking for all the world like a man who had been felled by a gunshot.

Somehow, to this day nobody really knows how, Holmes, motionless for a few seconds, stirred himself and got back up. On wobbly legs, Holmes then managed to scrape himself through the remainder of the round. Has any heavyweight champion ever managed to get back up from such a deadly punch, one with KO written all over it, and win? Holmes eventually scored a TKO over a badly fatigued and busted up Shavers, stopping him in the 11th. Had he lost this fight in that incredible 7th round, no-one would have been able to hold it against Holmes. How he won, God alone knows.

In 1981, when he was making the eleventh defence of the crown, Holmes faced an unbeaten challenger in the form of Renaldo Snipes. Once again, a massive, perfectly placed right hand had Holmes down and hurt and looking like a beaten man. And once again it was round number seven when apparent disaster struck. After a torrid sixth round, Holmes and Snipes continued to trade in the seventh. Snipes than caught Holmes with a monster right hand that landed flush. Holmes fell like a stone. Up quickly, Holmes then stumbled face-first and bashed his head into the corner-buckle of a neutral corner.

Snipes went right at the dazed champ as battle commenced yet Holmes fought back – to the extent that he had Snipes hurt later in the round while he himself never looked buzzed again. It was truly incredible to see. In fact, Snipes was already celebrating his upset victory as Holmes was down, so sure he had won the fight and the crown. But Holmes proved again how legendary his recuperative powers truly were. And eventually, as he had done in the Shavers fight, Holmes got the TKO win in round eleven.

Read:  GGG On A Third Fight With Canelo: This Fight Is Possible. Nothing Has Changed

It was only when he was an old man, and an inactive and rusty ex-champ, that Holmes got stopped; this by a peak Mike Tyson. The KO loss he suffered at the hands of Tyson was the sole time Holmes was ever stopped. This defeat, though, does not take anything away from his legacy or reputation as a true great. And even after the Tyson loss, Holmes, when well into his 40s, beat Ray Mercer and came very close to beating Oliver McCall to regain a portion of the world title.

Special is not a big enough word when it comes to describing Larry Holmes the champion.