Crawford sees this being a competitive fight that could swing one of two ways depending on whether the taller, faster Ryan (23-0, 19 KOs) can keep the shorter, more powerful Tank (27-0, 25 KOs) on the outside.

If Gervonta can get in range to unload his arsenal of power shots, Crawford believes he’ll defeat Ryan.

There’s a massive imbalance in the experience department in favor of Tank, who has mixed it up with far better opposition during his nine-year professional career than Ryan, who has been kept under lock & key by his promoters at Golden Boy.

They’ve shielded Ryan from the harsh realities of the boxing works, keeping him far, far away from the killers at 135 to help him build his 24-0 record on the back of lesser foes. 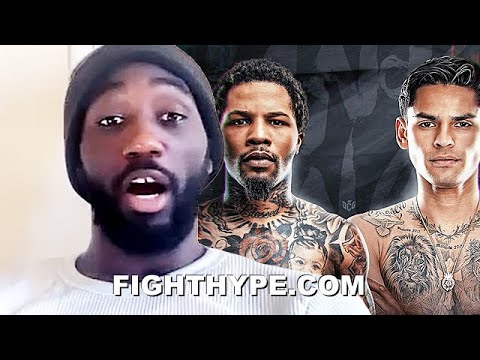 “Oh, it’s going to be a great fight. You’ve got two explosive fighters in Tank and Ryan,” said Terence ‘Bud’ Crawford to Fighthype, when asked about his assessment of the April 15th catchweight fight between Gervonta ‘Tank’ Davis and Ryan Garcia.

“I feel like Tank holds the power edge in that fight, but you can’t count out Ryan. He’s got a powerful left hook. He’s tall, and he’s fast. Both of them are fast, but Ryan is rangy. When you look at it, you say, ‘Tank by knockout and Ryan by decision.‘

“That’s what everybody is looking at. If Ryan can outwork Tank and stay on the outside, then he can pull out a victory,” said Crawford.

Ryan’s size could play a factor in this fight if he’s not drained making the 136-lb catchweight limit, and if he can stay on the outside. However, Ryan doesn’t possess a great jab and he’s not a huge puncher with his straight right and lefts.

Ryan’s main and perhaps only weapon is his short left hook. For him to land those shots, he’s going to need to be willing to let Tank in punching range, and that could be dangerous for him.

“If Tank gets close to Ryan and lands those explosive shots that we normally see him land on every fighter, then Tank will get the knockout. It’s going to be a great fight to watch,” said Crawford about the Gervonta vs. Kingry clash in April.