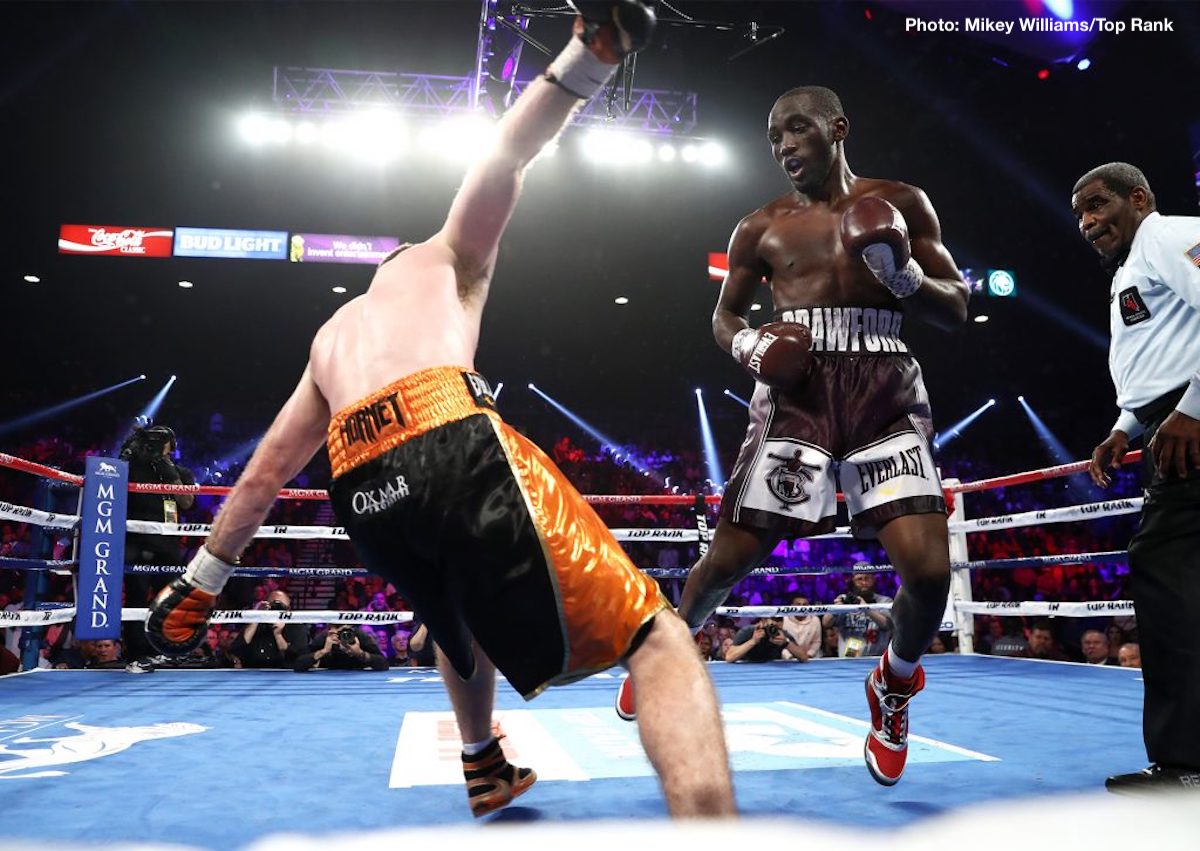 For some reason, or reasons, promoter Bob Arum is not convinced, and has never been convinced, that Manny Pacquiao’s fight with WBA welterweight belt-holder Lucas Matthysse will happen as scheduled on July 15 in Kuala Lumper. Pacquiao has shot down any and all rumours that the fight is in any jeopardy but this has not stopped the Top Rank boss from looking at making another possible fight involving the Argentine puncher.

Speaking with ESPN.com, Arum said that if, as he feels may well prove to be the case, Pacquiao and Matthysse do not get it on, he will try and match Terence Crawford with Matthysse, possibly in October. So, as a fight fan, which fight would you prefer to see take place: Matthysse-Pacquiao or Matthysse-Crawford?

While the Pac-Man-Matthysse fight can be looked at as a competitive fight, primarily due to Pacquiao’s age and lack of activity, most fans no doubt feel a Crawford-Matthysse fight has only one winner – and his nickname is “Bud.” Crawford has invaded the welterweight ranks, ripping the WBO belt from Jeff Horn, and already, just one fight into his campaign at 147, fans are saying there is only one serious rival to his supremacy at the weight: Errol Spence.

But while that super-fight builds and builds, maybe Crawford and Spence will help make the fight even bigger whilst remaining active and picking up additional belts at 147. Maybe Crawford will like the idea of getting the opportunity to take Matthysse’s secondary WBA belt. But is there any way this fight would be anything but another big and dominant night for Crawford if it did go down? Would fans buy this fight, or even buy into it?

Matthysse has a big punch but that aside he is made to order for Crawford. It’s a fight that would keep Crawford busy and sharp, but that’s about all. Maybe it would be better to see Matthysse and Pacquiao rumble, at least it would be better for all fans who enjoy a two-sided fight (and is there any other type of fan?!)

Crawford is too good for the ageing Matthysse, he is way too classy and he is simply better than that. As Arum should know full well.